SMM4 27: last week the US crude oil May contract fell to negative impact on global financial markets, although the contract has been completed delivery, but the global oil crisis is still unfolding. As of 3 p.m., the contract for US crude oil 06 was down 14.3 percent at US $14.52 per barrel, while the main force of crude oil in the previous period was down 7.16 yuan at 215.2 yuan per barrel. 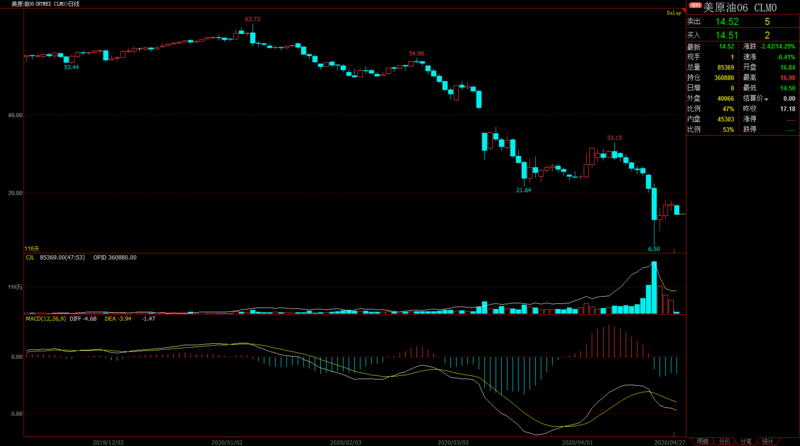 Trend of US crude Oil 06 contract

The epidemic has caused unprecedented damage to demand, and the crude oil market is oversupplied in the short term. As travel restrictions remain in many countries, agency statistics show that demand losses will reach 20 million barrels per day or more in the second quarter. Oil prices will remain low for longer against a backdrop of rapidly rising oil reserves around the world, with a storage rate of 81% in the United States and likely to reach full capacity next month.

The best measure of the US oil industry's response is the rapid decline in the number of oil rigs in operation, which fell to a multi-year low last week. In a rush to cut production, the number of active rigs in the US fell to its lowest level since July 2016, while the total number of oil and gas rigs in Canada fell to its lowest level since at least 2000, according to Baker Hughes (BakerHughes). Before the outbreak hit, oil companies were operating about 650 rigs in the United States. More than 40 per cent of them had stopped working as of Friday, leaving only 378 rigs in operation, according to the latest figures. 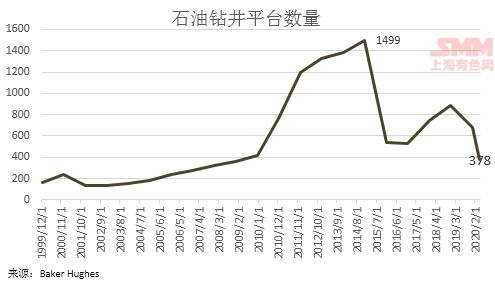 Global crude oil storage capacity is in emergency, traders turn to ocean tankers to store crude oil. As a result of rapidly falling demand, crude oil warehouses began to fill up, and as of mid-April, Cushing, the WTI crude delivery site, had reached 70 per cent of inventory saturation, although traders said all available space had been rented out. Many traders choose to help ocean tankers store crude oil, hoping to get better prices in the future. According to local reports, the US Coast Guard has observed an increase in the number of oil tankers off the coast of California, many of which have docked near the Gulf as temporary crude oil warehouses.

Affected by the fundamentals of supply and demand, negative oil prices cast a shadow over the global economy. As far as the oil market is concerned, the fall in the price of WTI crude oil in June may also be due to an extension by investors to avoid a similar situation in the May contract, as the May contract could be repeated if the position is to be held until the last trading day. For the global economy, the collapse in oil prices led to the dollar liquidity crisis, in the long run, low oil prices could lead to a wave of defaults by US energy companies, or will be the cause of the next financial crisis. However, OPEC (OPEC) and Russia and other countries pledged this month to cut production by 9.7 million barrels a day in May and June, but crude oil demand will not rebound quickly in the short term, and the oil market may remain in the doldrums. In the long run, the recovery in industrial activity and transport will revive oil prices after a fall in supply combined with an improvement in the global epidemic.

CST
industry news
Crude oil is getting clobbered after a massive inventory build
WTI crude prices are down by 3.3% at USD 45.12/bbl.

CST
industry news
Aluminum and Oil Prices: Keep an Eye on These Two
Aluminum prices have risen this year, but not as much as other base metals. Aluminum continues to struggle near $1,700/mt, a level that prevented prices from rising three times this year.

CST
industry news
Peak oil demand is not too far away
For more than two years the oil industry has suffered through its worst down cycle since the 1980s.

CST
industry news
Oil prices: When the facts do not matter
OPEC production hit a record high in September of 33.64 million bbl/day.

CST
industry news
The OPEC deal: What it really means
OPEC members would limit production to a range of 32.5 million to 33 million bbl/day down slightly on August’s output of 33.2 million bbl/day.

CST
price review & forecast
Oil Prices Near $50: Why Investment Banks Were Wrong on Oil
Oil prices gained further traction this week as prices climbed above $48 a barrel, the highest level in eight months.