SMM4 27: this morning the non-ferrous market generally opened higher, Shanghai tin rose 4.98%, Shanghai copper Shanghai zinc Shanghai nickel rose more than 2%. Earlier, the Yunnan Provincial people's Government issued a circular on "several measures to support the development of the real economy", the first of which is to support key enterprises to carry out commercial collection and storage of non-ferrous metal products. The total amount of collection and storage is about 800000 tons, and the collection time is one year. Although the actual impact of storage measures remains to be seen, but a greater stimulus to the market. Shanghai nickel rose more than 3% in intraday trading. SMM believes that in addition to crude oil, the macro performance is relatively stable, and the fundamentals of nickel can perform fairly well, but it cannot be too optimistic. Although there are positive reports that nickel imports have been blocked and overseas first-class nickel enterprises have reduced production, it is still difficult to improve the balance of supply and demand as a result of the large invasion of nickel pig iron in Indonesia. The stainless steel market is still worried, but even if there is limited room for decline, it is intertwined. In the short term, the nickel market is still more suitable for short-term operation. Aluminum, April 27, the arrival of less than superimposed downstream demand efforts to maintain, SMM statistics of domestic electrolytic aluminum social inventory fell 76000 tons from the previous Thursday to 1.283 million tons. "View details

The black system has a narrow vibration and a V-shaped reversal. The output of the hot coil supply end steel plant has rebounded. The demand side or under the support of pre-node replenishment has slightly improved, and the fundamentals are in a state of double increase in supply and demand. However, it is worth noting that under the suppression of high inventories, traders are strongly willing to reduce their warehouses. At present, both sides of the spot thread supply and demand still have a certain recovery space, the spot price rising power is still insufficient, in the case of high inventory, the probability continues to maintain a narrow range of volatility.

Crude oil fell 4.75% in the previous period. Us crude oil futures prices also fell on signs that global crude oil storage space was being quickly filled, sparking fears that production cuts might not fall as fast as demand caused by the new crown epidemic. Earlier data showed that the presence of US crude oil depots rose to 518.6 million barrels in the week to April 17, close to the all-time high of 535 million barrels in 2017, while offshore crude oil reserves had reached a record high of 160 million barrels. Trading was volatile last week, with demand falling by about 30 per cent as a result of the outbreak, and the sell-off has dominated the market since the beginning of March. 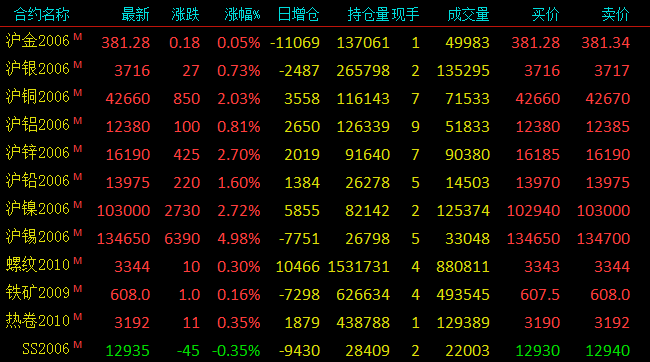