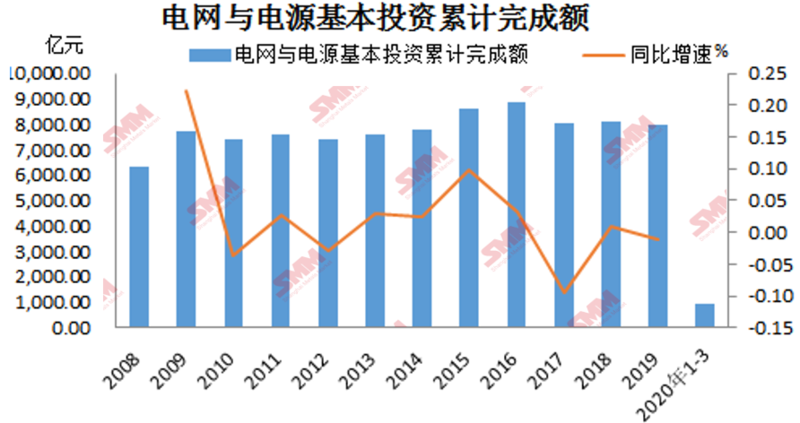 According to our latest SMM research: since March, orders from the power industry such as cabinets have increased significantly, and many copper platoon enterprises have reflected that their orders have been scheduled to the end of May, which also confirms the substantial increase in power investment. We expect power investment to continue its 19-year momentum in 2020 (313.9 billion yuan in 19 years, up 15.4 percent from a year earlier) to maintain rapid growth.

In addition, the cumulative completion rate of grid investment in January-March was-27.4%, up 16% from-43.4% in January-February, and the upward momentum was good. As far as we know, since April, both the Southern Power Grid and the National Network have vigorously responded to the call of the Government to resume full work and resume production, and their orders have also greatly increased compared with March. Stimulated by this, at present, copper rod enterprises in many regions of the country are in full production, and some copper rod enterprises even have to wait four days for delivery today. So we expect investment in the grid to follow suit in April.