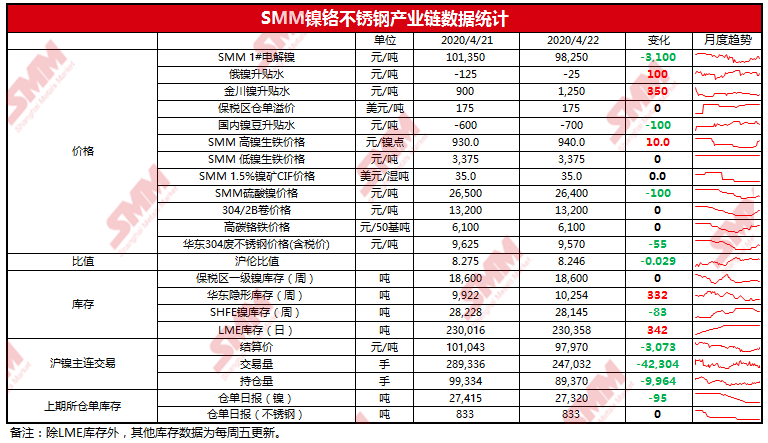 Macroscopically, the total number of confirmed cases of the global epidemic has exceeded 2.64 million; Italy and France have reported the highest number of new confirmed cases in four days, and Spain has extended the blockade. With the surge in the number of foreign workers infected, Singapore's new crown has confirmed more than 10,000 cases. The European Union will hold a summit of leaders on Thursday. The European Commission is said to be considering a 2 trillion euro economic recovery plan to try to bridge the differences in recent weeks, but in the absence of specific road map guidance, the video summit may once again fail to bear fruit. The US Treasury Secretary expects that most of the US economy will reopen by the end of August, and New York plans to step up efforts to track the source of infection in preparation for the resumption of opening up. [Lido] according to data disclosed by the Chinese passenger Association, the average daily retail sales in the first three weeks of April was 31100 vehicles, down 7% from the same period last year, compared with 47% in the first three weeks of March, and the recovery in April was obvious. [Lido]

Nickel spot: April 22 SMM1 electrolytic nickel quotation 97200-99300 yuan / ton, due to the overnight decline in American oil, pessimism re-heating up, Shanghai nickel led the decline in basic metals, soon after the opening of the dive, early market nickel prices in the morning market more than 97000-98000 yuan / ton. In the spot market, Russian nickel to Shanghai nickel 2006 contract reported 50 yuan / ton to Pingshui, 100 yuan / ton narrower than yesterday's discount range, the lower reaches of the morning market can receive goods, but traders are difficult to make up for the supply of goods at low prices. Jinchuan nickel Shanghai nickel 2006 contract rose 1200-1300 yuan / ton, the morning market inquiry is active, superimposed Jinchuan company Shanghai out of stock, so traders are more willing to rise. And Jinchuan nickel prices fell 100000 again also stimulated the downstream replenishment, the market transaction has also been significantly improved. Nickel beans to Shanghai Nickel 2006 contract reported 700 yuan / ton, the demand is not good so that the discount is slightly lower than the previous day. [neutral]

A stainless steel factory in East China this week high nickel pig iron inquiry price 970 yuan / nickel point (to the factory including tax), according to the market has thousands of tons of transactions. [neutral]

Nickel price judgment: Lunni fell for two consecutive days, yesterday recorded a long shadow line in the negative column, but the center of gravity of the K column is still between the 40-day / 60-day moving average. Lunni, which opened at $11910 a tonne today, is focused on whether it will continue to be effectively supported by the 10 / 40 moving average below.