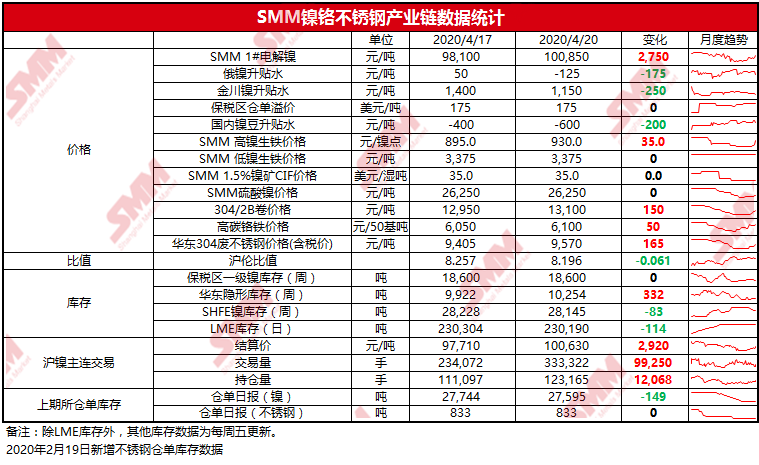 Macroscopically, so far, nearly 2.5 million cases of new crown pneumonia have been confirmed in the world. [bearish] the market sell-off has been exacerbated by the depletion of oil storage space by energy companies, and crude oil futures in New York have fallen into negative value for the first time in the history of crude oil futures. Oil stocks and the currencies of oil exporters such as the Canadian dollar fell sharply. The collapse in oil prices came as the US bond market unleashed deflationary risk signals, with the US 10-year break-even rate, which measures average annual inflation over the next decade, falling below 1 per cent for the first time in more than two weeks. Russia's energy ministry has asked domestic oil producers to cut production by about 20 per cent from average daily production in February, enabling the Russian government to deliver on its commitments in a global agreement. [Lido] the British Prime Minister resisted the pressure to relax the blockade prematurely, fearing a second wave of epidemic peak, which will prolong the risks facing the British economy. The German Chancellor also said that Germany should not relax the blockade measures too quickly. China's LPR offer in April was 3.85% for one year, up from 4.05% last time. The number of varieties with more than 5 years was 4.65%, and the last time was 4.75%. [Lido]

Vale released its first quarter results, in which it noted that the closure of the New Caledonian refinery was proceeding as planned and that the refining business responsible for processing incoming materials into nickel oxide had been scaled back in March 2020 and that from May 2020, the plant will only produce nickel hydroxide cakes. According to SMM, the late production of the General Nickel Refinery in Dalian may also be affected or even shut down, the specific time is unknown, initially expected to reduce production or start to appear in the fourth quarter. [Lido]

Vale decided to revise the guided production of nickel for 2020 (excluding the New Caledonian plant) from 200000 tons to 210000 tons to 180000 tons to 195000 tons, mainly taking into account the ongoing maintenance in the Voisey's Bay mining area and the impact of the new crown epidemic.

Nickel spot: April 20 SMM1 electrolytic nickel offer 99800-101900 yuan / ton. Basic metals rose in the morning market, including Shanghai nickel and stainless steel. Spot, traders have turned to 06 contract quotation, Russian nickel to Shanghai nickel 2006 contract report 150 to post 100 yuan / ton, after the opening of a small number of transactions, nickel prices break through the 100000 mark, the transaction gradually faded. Jinchuan nickel Shanghai nickel 2006 contract rose 1100-1200 yuan / ton, transaction is also very few, it is reported that a small number of manufacturers to pick up the goods, but only agreed on the price period, not settled yet. Jinchuan Company ex-factory price of 101800 yuan / ton, Shanghai area still have goods for sale, due to the higher disk, the ex-factory price is constantly narrower than the rising water, so although the market merchants already have a certain inventory, but still enthusiastically receive the goods. In the afternoon market, the market has a small increase of 900 yuan / ton quotation, but mostly between traders. Nickel beans to Shanghai Nickel 2006 contract application of 600 yuan / ton. [neutral]

Nickel price judgment: macro marginal improvement, fundamentals short-term situation is OK, and overseas producers of production expectations have been lowered to further stimulate market sentiment, nickel prices are expected to be strong shock this week, although once broke the 60-day moving average, but the high power to maintain stability is slightly inadequate, Shanghai nickel 98000-102000 yuan / ton, Lunni 11800-12300 US dollars / ton.