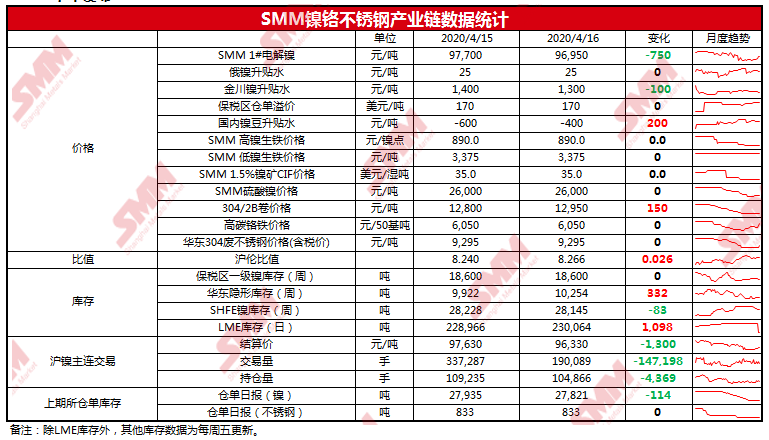 At the macro level, Mr Trump has issued guidance on phasing out restrictions on economic activity, under which states and companies have the discretion to withdraw most of the epidemic prevention and control measures that maintain social distance within four weeks. Trump expects the new crown death toll to be even lower than optimistic forecasts, casting a shadow over plans to unseal the new crown virus, which continues to wreak havoc in Europe. New cases have risen in Spain, Italy, France and Germany, and Britain says it will extend the blockade for at least three weeks. Real-time statistics from Hopkins University show that so far, more than 2.1 million cases of new crown pneumonia have been confirmed worldwide. The number of first-time claims for unemployment benefits last week was 5.25 million, with a total of more than 22 million in the past four weeks. Last week, the Bloomberg consumer comfort index fell to the lowest since Trump took office, and the start of new houses in March was the biggest month-on-month decline since 1984. OPEC expects demand for its crude oil to fall to its lowest level in 30 years, at less than 20 million barrels a day; even if it fulfills its promise to cut production, OPEC will still produce about 3.7 million barrels a day more than demand. [bearish] China's GDP fell 6.8 per cent in the first quarter from a year earlier and is expected to fall 6 per cent, up from 6 per cent. China's retail sales of consumer goods fell 15.8 per cent in March from a year earlier and are expected to fall 10 per cent, and 20.5 per cent in January-February. [bearish]

Nickel price judgment: fundamentals, the Philippines nickel mine production reduction on the supply of more clear, nickel pig iron prices to stop falling to become strong; but SMM believes that stainless steel and other middle links are still under greater pressure, high inventory price rise is difficult, the cost of raw materials is difficult to accept high prices, so the technical rebound repair of nickel prices, mainly rely on macro repair and global epidemic high decline. The previous macro main negative after a continuous digestion, the current market gradually in the expectation of trading improvement, but the crude oil market is still uncertain, the current low oil prices do not even rule out falling into the "negative price" situation. Taken together, the low volatility of nickel prices will continue for some time. Lunni closed in the small negative column yesterday, the shadow line down 5-day moving average, the K column as a whole stood in the 5 / 40 day moving average range, today Lunni opened at 11810 US dollars / ton, follow-up attention to the 40-day moving average pressure above Lonel.