CST
translation
Source:SMM
In February 2020, the total export of domestic electrolytic manganese and manganese products decreased significantly by 39.31% compared with the previous month.

According to SMM statistics, the total domestic export of electrolytic manganese and manganese products in February 2020 was 21000 tons, a significant decrease of 39.31% compared with January and 1.80% from the same period last year.

SMM understands that at the beginning of February, overseas countries were seriously affected by the spread of the epidemic, and steel mills in India, Brazil, the United States and other countries proposed to reduce production and stop production one after another, resulting in a significant reduction in the release of demand for manganese metal imports. At the same time, many foreign traders said that according to the adverse impact of the overseas epidemic, the economic indicators of various countries and the starting performance of various industries remained on the low side, and it is expected that demand may be difficult to improve rapidly in the first half of 2020. In addition, as of mid-April, manganese exporters also said that they have received inquiries from some offshore countries, such as Posco, South Korea, which is expected to announce its May electrolytic manganese procurement plan this week, so overseas steel recruitment has now become the focus of the manganese market. In terms of overseas quotation, some foreign traders said that the quotation range of electrolytic manganese FOB in April basically remained stable at 14801510 US dollars / ton with the average price in March. At present, there are not many overseas inquiries, unable to support the adjustment of manganese prices, and it is expected that manganese prices will remain stable in the short term. 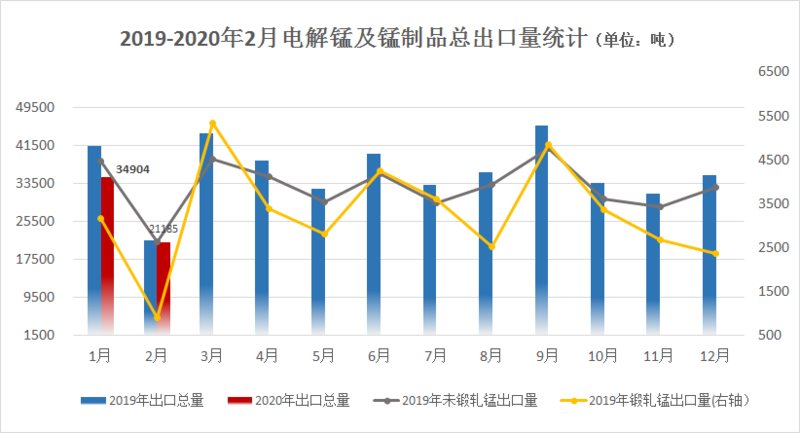