CST
Source:SMM
China's production of ternary precursor, which is used to produce ternary materials for power and digital batteries, rebounded 66.4% from a month ago due to the recovery of operations and logistics after the effective containment of COVID-19 in China.

SHANGHAI, Apr 13 (SMM) – China's production of ternary precursor, which is used to produce ternary materials for power and digital batteries, rebounded 66.4% from a month ago while dipped 33.3% from a year ago to stand at 16,000 mt in March, an SMM survey showed.

The recovery of operations and logistics after the effective containment of COVID-19 in China accounted for the month-on-month increase in ternary precursors output.

Resumption of the downstream power battery market was slow in pace, while demand from the digital battery market expanded for most of March before disrupted exports on coronavirus-related curbs weighed on orders in late-March.

In terms of different types of precursor products, output of the regular NCM523 climbed with the normalisation of operating rates at producers. The proportion of NCM622 in overall output shrank in March after a significant increase in foreign orders in February. Orders for high-nickel precursor, NCM811, rose steadily last month and its output proportion may trend upward as some automakers are likely to shift to high-nickel batteries in the second half of the year.

SMM data showed that China’s production of ternary materials stood at 12,500 mt in March, 86.9% higher on the month, bolstered by greater demand from consumer battery products.

In end-March, however, downstream purchases weakened on smaller-than-expected orders from the power battery market for April. The cancellation or delay of overseas orders after escalations in the COVID-19 outbreak also sparked bearish sentiment about ternary materials prices and sidelined downstream buyers.

Under such circumstances, China’s production of ternary materials will likely decline from a month ago in April. 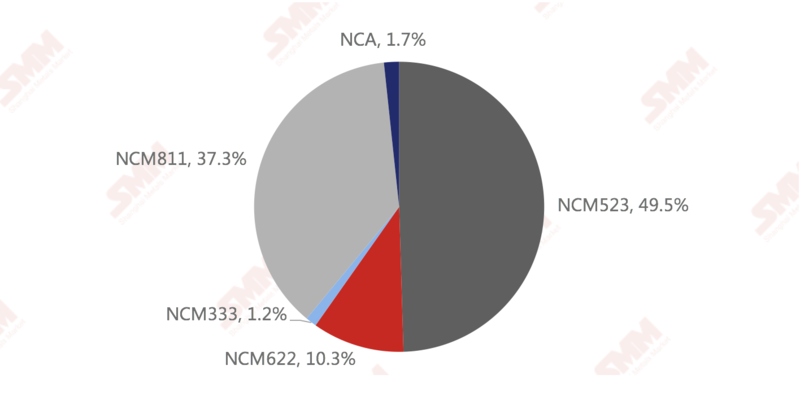 Huayou Cobalt’s hydro-metallurgy project in Indonesia achieved great progress
The delivery ceremony of a high-pressure reactor, a core equipment of the hydro-metallurgy project at Huayue Nickel & Cobablt (Indonesia) of Huayou Cobalt & Morimatsu, was held at Morimatsu’s Nantong factory on November 20.  Since then, all four high-pressure reactors have been completed and delivered, marking that the Huayue project is about to enter a new stage of key equipment installation.

Ternary materials, precursors prices to extend declines in April on grim demand outlook
Prices of ternary materials and precursors in China will see further downside risk before May as inventories continued to pile up, driven by slowed or delayed purchases by downstream producers of power batteries amid falling orders.

EV battery production in South Korea and Japan continues amid COVID-19 outbreak
Japan’s Panasonic and PEVE, South Korea’s LG Chem, Samsung SDI and SKI were among the world’s top 10 EV battery producers in terms of shipments in 2019, according to data from SNE. The two countries are also home to many cathode materials producers.