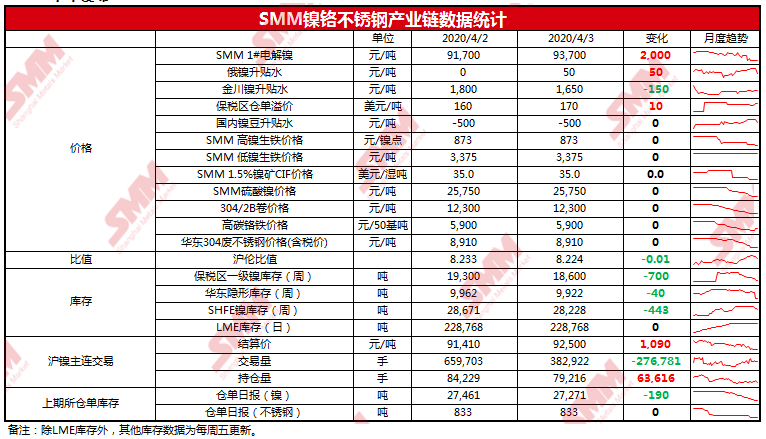 Macroscopically, the latest statistics on the global new crown epidemic at Johns Hopkins University in the United States show that as of 01:30 Beijing time on the 7th, the total number of confirmed cases worldwide exceeded 1.3 million, with a total death toll of more than 70, 000, of which the United States confirmed more than 330000, the largest number of confirmed countries in the world. (bearish) the people's Bank of China decided to reduce the targeted target of small and medium-sized banks in April 2020 and implement it twice on April 15 and May 15, each by 0.5 percentage points, releasing a total of about 400 billion yuan in long-term funds. The central bank decided to lower the interest rate on excess reserves for financial institutions with the central bank from 0.72 per cent to 0.35 per cent from April 7. (Lido) 3) following a slowdown in the growth of new cases in several of the world's worst affected areas, the spread of the global epidemic appears to have slowed and venture capital preferences have been boosted. Us President Donald Trump says the US epidemic has begun to stabilize and says he is still considering restarting the US economy. (a lot of money)

Nickel mine: according to the latest news, Philippine President Duterte said he preferred to extend the blockade until April 30. According to SMM, there had been news that the local government had allowed mining operations to resume ore shipments at two mines in Surigao del Norte province, and that mining operations would be shut down again. (Lido)

According to SMM research, on April 3, the total amount of nickel inventory in Shanghai (including the previous warehouse receipt inventory) decreased by 1183 tons to 55800 tons from last week, a decrease of 2.04%, continuing the downward trend. Domestic stocks (except bonded warehouses) are about 38200 tons, including about 2200 tons of nickel beans and 36000 tons of nickel plates. Inventories fell 443 tons earlier this week, a slowdown from last week, mainly due to the arrival of Xinjiang Bofeng nickel in Changzhou Rongda, while warehouse receipts in Shanghai remained in a state of net outflow. The hidden inventory in East China is basically flat compared with last week. On the one hand, hundreds of tons of nickel plates have been cleared into the bonded area, while Jinchuan nickel has also arrived; on the other hand, transactions on the spot market this week can be completed, and downstream purchases are picked up. As a result, the increase or decrease in hidden inventories was generally flat. Shanghai Free Trade Zone refined nickel stocks of 18600 tons, due to the impact of the foreign epidemic, fewer inbound goods, inventory decline is mostly due to the export of foreign exchange goods locked by traders last week.

Nickel price judgment: with the weakness of stainless steel market, its raw material prices will continue to suppress, nickel pig iron production can only cause its economy relative to other nickel raw materials decline, the support for the entire nickel price is limited. Stainless steel plants are reluctant to slash production, ostensibly supporting demand for nickel, but in this consumption, which can not be transmitted to the terminal, it is actually a chronic contusion for the nickel industry. Superimposed on the negative macro environment this year, the nickel market is still unable to see signs of improvement in the short term.