CST
translation
Source:SMM
SMM4 5 month from the previous year law, with the steady increase in downstream demand, April is still the state of inventory, but this year Guangdong market is relatively special, mainly affected by the decline in terminal export orders 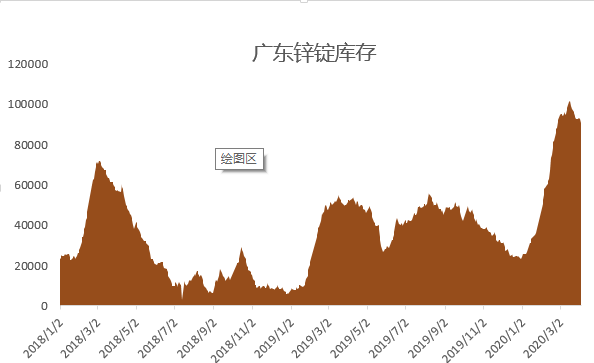 Judging from the incoming data, the incoming volume of zinc ingots in the Guangdong market this year is roughly the same as that of last year, while the outbound volume has improved somewhat. In previous articles, we have analyzed the reasons for the improvement in the outbound volume in March: zinc prices fluctuated sharply from 16300 yuan / ton, the difference between price highs and lows was 2000 yuan / ton, and the lower reaches basically began to replenish inventories from 16000 yuan one after another, and after the price fell below 14500 yuan, In addition to starting to amplify the purchase volume downstream, the terminal also carries out a large number of replenishment when the price falls, so the better outbound level in March includes the demand for replenishment in addition to the normal production demand.

Judging from the law of previous years, with the steady increase in downstream demand, April is still in the state of de-inventory, but this year the Guangdong market is relatively special, mainly affected by the decline in terminal export orders, and the terminal consumption of zinc alloy is inseparable from the export. however, the current overseas epidemic, especially in Europe and the United States, affects terminal demand, and we expect demand to decline by more than 30%. This will also affect the speed of storage removal in the Guangdong market. However, zinc prices in East China are relatively high, and smelters will still adjust their delivery plans and increase shipments to the East China market, so it is expected that market arrivals will still decrease. To sum up, the Guangdong market will still focus on going to the warehouse in April, but the speed of going to the warehouse will slow down more obviously.