First, Peru. In order to prevent and control the new crown pneumonia epidemic, Peru entered a 15-day state of emergency on March 16. Peruvian President Biscara announced at a news conference on March 26 that in order to further curb the spread of the new crown virus, the government decided to extend the state of emergency for a period of 13 days to April 12, a total of 28 days. According to ILZSG, Peru's zinc mine output in 2019 was 1.4044 million metal tons, compared with 117000 metal tons per month, making Peru the second largest miner in the world.

India. The main reason is that Vedanta, is largely self-sufficient in Indian mines, which is ignored for the time being.

Mexico. The Ministry of Health of Mexico declared a state of emergency and immediately ordered all "non-essential" public and private sector operations to be suspended in order to reduce the spread and spread of the COVID-19 virus. The order shall enter into force on the date of its official promulgation (31 March 2020) and shall be valid for a period of 30 days from 30 March to 30 April 2020. According to ILZSG, Mexico will produce 702900 metal tons in 2019 and 58500 tons in a single month, making it the sixth largest mining country in the world.

Russia. Recently, Russian President Vladimir Putin announced that the country will take paid leave until the end of April in response to COVID-19, there is no clear message that its domestic mining industry will be suspended, but need to be watched. According to ILZSG, Russia will produce 300000 metal tons in 2019 and 25000 tons in a single month, making it the ninth largest mining country in the world. 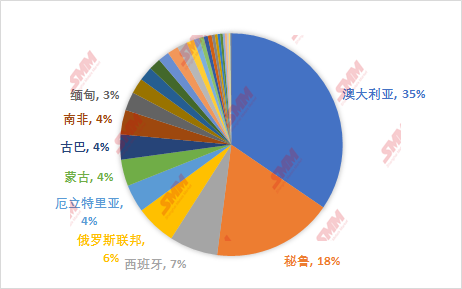 This week, the spread of the overseas epidemic has accelerated, with more than a million people infected worldwide, meaning there is no room to relax overseas controls, and shipping restrictions have put some of the global trade flow on hold, with the exception of China. Due to oversupply of overseas mines and contributed to the main increments in recent years, consumption has not yet recovered under the impact of the epidemic, so that the reduction in production has given a limited boost to Lun Zinc. On the other hand, China is dependent on imported mines by about 20%, and shipping hindrance will make this part of the supply more likely to be absent in the next 1-2 months. Considering China as a separate individual, this means that the risk of supply shortage at the domestic mining end will expand rapidly, which will become the most effective support and advantage for domestic zinc prices in the short term. 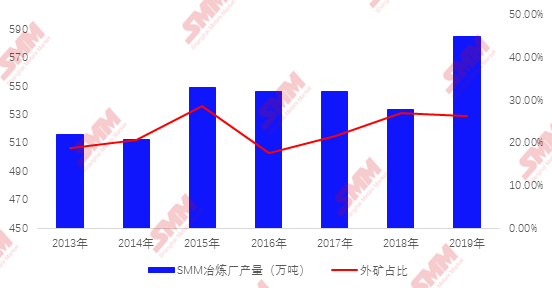 From the perspective of supply pricing, it means that the risk of zinc selling is not high and is expected to remain relatively strong until the overseas epidemic is effectively brought under control.

However, in the medium to long term, the global oversupply of mines has not changed qualitatively, which means that once the impact of the epidemic fades away, even if there is no substantial recovery inflow of imported mines, the probability of zinc will return to the downward channel.

The epidemic is both a challenge and an opportunity.