CST
industry news
Source:Core consultants
Alphamin Resources (TSXV:AFM) (JSE: APH) has upped the ante at its Mpama tin complex in the Democratic Republic of the Congo (DRC) in Q1 of 2020 with a new mining method at Mpama North, plans to initiate exploration drilling at its adjacent Mpama South deposit, and a strong focus on increasing production and free cash generation. 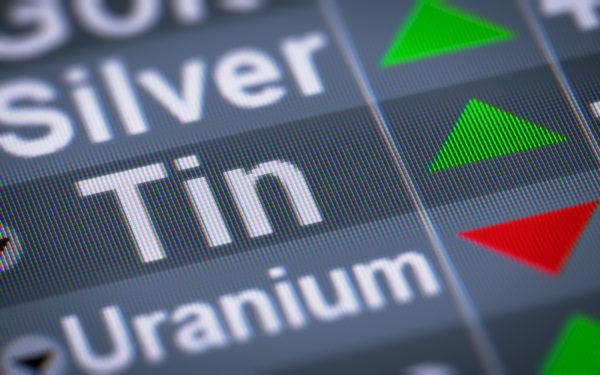 Alphamin Resources (TSXV:AFM) (JSE: APH) has upped the ante at its Mpama tin complex in the Democratic Republic of the Congo (DRC) in Q1 of 2020 with a new mining method at Mpama North, plans to initiate exploration drilling at its adjacent Mpama South deposit, and a strong focus on increasing production and free cash generation.

Despite initial teething problems, Alphamin reported a positive Q4 in 2019 when production touched the upper reaches of its guidance for that quarter at around 2200t contained tin at an all-in margin of approximately USD4000 per ton tin. This equates to free cash flow of USD9-million, annualised at USD36-million. All In Sustaining Costs (AISC) during this period was USD12,426, in line with previous guidance. Going forward, it is expected that costs may come down as the fourth quarter included incremental logistical costs, such as repair work on a damaged bridge and additional penalties for high arsenic produced in concentrate which has now been resolved.

According to Alphamin’s production and AISC guidance for the next 12 months, cash flow generated before working capital at current tin prices will be between USD40.5-million and USD65-million. In addition, tin tonnages in Q1 is expected to be substantially higher in 2020 as they work to reduce the on-mine concentrate stockpiles. Alphamin continues to focus on achieving full production at the lowest possible AISC, which should provide the company with a robust operating margin based on current tin prices during 2020.

Tin prices and the impact of Coronavirus
The impact of the Coronavirus on international tin prices was, at the time of writing, still reasonably insignificant. At the beginning of March London Metals Exchange (LME) tin prices were trading between USD16 000/t and USD18 000/t. There has been a significant reduction in tin demand though, mostly as a result of the fears about the Coronavirus and challenges faced in the global electronics industry on the back of the US/China and Japan/South Korea trade wars.

According to the International Tin Association the immediate impact of Coronavirus on the supply and demand of refined tin appears to be relatively small. Nonetheless, the continued logistical backlog and sluggish return to work by Chinese workers could slow global consumption and Asian production in 2020, but in order to make their GDP growth target for this year, the Chinese government is expected to stimulate the economy, lessening the impact of the virus.

An unknown factor is the effect of the virus on logistics in China, the main destination for Alphamin’s tin concentrate. According to reports, cross-provincial transportation in China has come to a standstill. Even if tin mines were operating at full tilt, smelters in China and especially in Gejiu – the main destination for the concentrates – would not benefit. In this respect, Alphamin is at a distinct advantage with their main destinations being Thailand and Malaysia with virtually no customers in China. As such minimal disruption is expected at Alphamin. Furthermore, Alphamin instituted best practices during the Ebola outbreak, which the company continue to practice and is therefore more prepared for Coronavirus than many of its competitors.

A boost for the balance sheet
On the other hand, if the virus spreads unabated throughout Southeast Asia and mines remain shut it could result in a significant shortage of tin concentrate and tin related products, especially in parts of Europe where tin-using companies are already working through their stockpiles. This could alter trade patterns and work in favour of Alphamin. Most tin buyers in Europe, especially in the chemicals sector, are reliant on supplies from China. They could reportedly face serious issues if they don’t receive critical components on time. This is all speculation; but supply deficits will boost the tin price and, of course, Alphamin’s balance sheet.

As part of Alphamin’s focus on sustained productivity and keeping costs and debt in check, Alphamin has introduced a new mining method, and at the same time, updated its Life of Mine profile to 14 years. According to its latest technical report, released in February 2020, the new mining plan will allow Alphamin to produce more than 11 500 tonnes of tin annually, placing it in the top ten mines globally. The new plan allows for higher mined head grades, less waste, and improved cashflows.

The new method uses open stoping with hydraulic backfill (OSHB) and will result in less dilution of the mined tin. OSHB, however, requires more pillar support than sub-level caving, the previous mining method.

Alphamin further announced that a drilling campaign at the mine’s greenfield prospect, Mpama South, will get underway soon. Mpama South, part of the Alphamin complex, is just 1.5 km from the current underground mine and the ore mined here will be processed at the current processing facility. The company also plans to begin underground exploration drilling at Mpama North during 2021 to extend the current tin resource.

Additional ore bodies provide flexibility
Currently Mpama North, the primary ore body being mined at Alphamin, delivers about 70% of the plant’s capacity in terms of feed and will account for 85% once the new mining method is implemented later this year. Mpama South is expected to fill the plant in the future, which will ensure the plant operates at full capacity for many years to come.  This will naturally have a snowball effect on profitability and returns. At the same time, management is also working to de-bottleneck the current plant with a view to potentially increasing its nameplate capacity.

It is believed that as the Mpama South operations is highly scalable, it could raise Alphamin’s production to as much as 5% of the global tin requirements. Once fully developed Mpama South will offer Alphamin the flexibility to respond to market conditions, while dramatically reducing their overall unit cost of tin.

The mineralisation at Alphamin indicates that the Mpama North occurrence is only a small portion of a much larger geological event. About 10km to the south of the current operations,  geologists have picked up several soil and geophysical anomalies which Alphamin will eventually explore further and drill. The geological fingerprints at a number of these correspond to what has been found during the drilling campaign at Mpama North. Alphamin has drilled holes totalling only 40,000m and the company suspects that the Mpama North ore body continues down plunge.

Back in the groove
Alphamin was cold commissioned only in April 2019 and started to ramp-up to nameplate capacity in October 2019. As is the case with most junior mining companies developing a mine from scratch, Alphamin, the highest-grade tin mine in the world, faced several challenges in its first ten months of being operational.

However, the processing plant found its rhythm early in January after slight changes to the jig circuit and putting 100% of the material into floatation. These changes resulted in tin recoveries of more than 70% (the company reported a slight drop in recovery rates and high arsenic levels in its ROM feed at the beginning of October 2019). Alphamin is targeting an exceptional recovery rate of 72% in 2020.

Besides the new mining plan and improved recoveries, repair of the damaged bridge on the outbound national road, which caused significant bottlenecks, and resulted in increased operational costs in November and December, has now been completed and the new bridge was officially opened on 25 January 2020.

In comparison to November and December last year, it has been all smooth sailing in 2020 for the highly experienced management team at Bisie. The risks of mining in a remote region like the eastern parts of the DRC might be more than in a developed mining jurisdiction like Canada, for example, but the rewards are so much higher. Bisie is a huge tin deposit with above average grades, and if drilling results at Mpama South delivers anything close to what is known at Mpama North, it could remain one of the world’s top tin mines in the world for a very long time.

To advance a mining project from early stage exploration to full production is the exception rather than the rule. Most junior mining companies hope to prove up a large reserve and then offload the project to a major with the necessary capital to back up further development. There are scant examples of junior mining companies making a great discovery and then building a mine from scratch, especially in Africa. Alphamin is one of only a handful of companies that has done so successfully and the first foreign owned mining company to ever do it in the North Kivu Province of the DRC.

Financial institutions are risk averse and getting funded for a greenfield project, especially in high-risk jurisdictions, is near impossible. Once a company has managed to raise the necessary funds, nonetheless, it needs to prove, beyond reasonable doubt, that the projects is viable. Even then, the ore body remains a big unknown and it takes several years before the mine can start shipping out product, pay off all its debt and become profitable. During development, the company naturally burns through its cash reserves and starts accumulating debt, often raising more funds to cover its operational costs and in the process diluting its shareholders. Investors are aware of these risks. Alphamin’s management and impressive list of shareholders, however, are also well aware of the great rewards should they pull it off in the DRC. Alphamin Resources (TSXV:AFM) (JSE: APH) is on the cusp of churning out high grade tin uninterruptedly for at least the next few years, with a high probability of adding more tonnages as exploration continues. The mine is certainly one to keep an eye on in 2020.

China issued 7th batch of metals scrap import quotas for 2020
The China Solid Waste and Chemicals Management Bureau, a unit of the Ministry of Ecology and Environment, granted import allowances for 10,423 mt of high-grade copper scrap to 14 companies in the latest release, bringing the cumulative quotas for this year to 540,184 mt.