CST
industry news
Source:Core consultants
While a handful of exploration companies in Africa are still looking to get a foot in the door, the tin (Sn) processing plant at Alphamin Resources’ (TSXV:AFM) (JSE: APH) Bisie mine is close to running at full tilt. 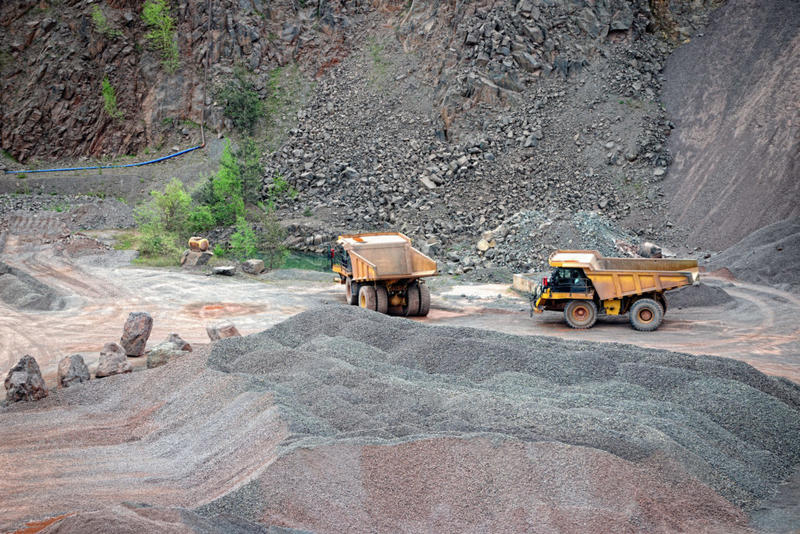 While a handful of exploration companies in Africa are still looking to get a foot in the door, the tin (Sn) processing plant at Alphamin Resources’ (TSXV:AFM) (JSE: APH) Bisie mine is close to running at full tilt.

Bisie, located in the North Kivu Province of the Democratic Republic of the Congo (DRC), is currently producing roughly 3% of the worlds tin supply. The mine was commissioned in April 2019 and commercial production got underway in September 2019. Since then, Bisie has been churning out more than 23 000 tonnes (t) Run of Mine (RoM) ore per month. Located in one of the most remote regions of Central Africa, it took Alphamin less than six years to build what is today the highest-grade tin producer in the world.

Despite the relatively low tin price, several new targets in Africa have been identified and the tin space has become pretty congested as more junior mining companies enter the fray. However, up to now, only Alphamin and AIM listed AfriTin have managed to deliver significant amounts of tin concentrate to the international market.

AfriTin ramps up
AfriTin produced first concentrate from their phase one pilot plant at the Uis deposit in Namibia in August 2019 and expects to ramp up to 65t per month of concentrate by year end. The Uis deposit is vast but at a grade of only 0.134% the costs are exorbitant and margins low. The ore body is shallow though, and the company hopes to reign in operational costs by developing several shallow open cast pits. AfriTin has also invested in another low-grade tin asset in the Limpopo Province of South Africa, but with tin prices hovering between USD17,100 and USD 17,300 per tonne, further development at the Mokopane project looks highly unlikely.

Still no go at Achmmach
ASX listed Kasbah Resources delivered a positive feasibility study for the Achmmach tin project in Morocco in 2018. Achmmach will be an underground mine with an initial 10-year life of mine, producing 750,000 tonnes per annum (tpa) of ore, but at a low average head grade of 0.82% Sn, and at a tin price below USD20,000 per tonne, it will be challenging to develop. The government of Morocco recently extended the company’s permits, but whether construction will get underway while international trade wars continue raging, is debatable.

Will Manono produce in 2020?
Not much is known about the Manono project south-east of Bisie and almost 500km north of Lubumbashi. The mine is jointly owned by AVZ Minerals (60%), La Congolaise D’exploitation Miniere (30%), and Dathomir Mining Resources (10%). The contingency cost of the project is estimated to be about USD36-million and it will produce lithium and tin. According to the company’s website, commissioning is scheduled for the second quarter of 2020. Manono is a historic mine where tin was produced between 1919 and 1982 but with a grade of only 0.17%. The question is once again whether the mine will be able to contain costs at a subdued tin price?

More low-grade deposits
Several smaller, low grade tin deposits occur in parts of Nigeria and in the Katanga Province of the DRC, but whether these targets are worth developing depends entirely on supply and demand and whether the tin price lifts its head.

High grade sets Bisie apart
At a phenomenal tin grade of 4.5% tin, Bisie is one of only a few mines in the world currently producing tin concentrate at robust margins in such a constrained market. To put things into perspective, Bisie would produce the same amount of tin concentrate in one year than a mine with a grade lower than 1% would in ten years. Minsur’s prolific San Rafael mine in Peru once produced tin at 5%, but the grade has dropped significantly as the mine aged, and today it produces at a head grade of about 2% tin, still the highest-grade tin mine in the world after Bisie. Metal X and Yunnan Tin’s Renison, Australia’s largest operating tin mine, has a current mineral resource of 15 million tonnes at a grade of 1.35%. The rest of the world’s mines produce tin at a grade of just above or just below 1%.

A grade too far below the 1% mark is not the ideal place for an exploration company looking to bring a new mine into production, especially when the tin price is below USD20,000 per tonne, or the mine is at the wrong address with limited access to infrastructure.

In mining there are three factors that nobody can change: the commodity; grade and location. If a mine ticks all these boxes, it is in the pound seats. If it ticks only one, that tick needs to be so substantial that the other boxes do not matter. The exceptional grade at Bisie places it very low on the cost curve, and potentially makes it a prolific operation with a large margin for error.

Bisie’s exemplary geological address
At current rates the mine will produce more than 10,000 tonnes of contained tin per annum, but the plant has enough capacity to increase the rate significantly in future. Moreover, geologists have identified several additional ore bodies that will not only increase feed to the plant but extend the current life of mine significantly (the current life of mine is 12 years). Mpama North, the primary ore body being mined at Bisie, currently delivers about 85% of the plant’s capacity in terms of feed,while Mpama South, a separate deposit about 1km from the main ore body, is expected to fill the plant in the future, which will ensure the plant operates at full capacity for many years to come.  This will naturally have a snowball effect on profitability and returns.

Moreover, exploration drilling is ongoing at Mpama South and at other potential targets at the Bisie complex. It is believed that as the Mpama South operations is highly scalable, it could raise Bisie’s production to as much as 15% of the global tin requirements. Once fully developed Mpama South will offer Alphamin the flexibility to respond to market conditions, while dramatically reducing their overall unit cost of tin.

The mineralisation at Bisie indicates that the Mpama North occurrence is only a small portion of a much larger geological event. Further down the major intersect Bisie’s geologists have picked up several soil and geophysical anomalies. The geological fingerprints at a number of these correspond to what has been found during the drilling campaign at Mpama North. Alphamin has drilled holes totalling only 40,000m and the company suspects that the Mpama North ore body continues down plunge.

A market under severe stress
While demand for tin is expected to increase in future, the tin market has been under severe pressure as a result of geopolitical factors. Emerging market opportunities for tin includes its use in lithium-ion batteries and in indium tin oxide for touch screen and display technologies. Nevertheless, the major use for tin today is as semi-conductors for electric boards. It is this market that has slowed as a result of the trade wars involving firstly of course China and the US, and secondly, Japan and Korea. Hopes are high that an end to the US-China trade war will result in an uptick in demand for tin in the semi-conductor and cellphone markets.

China and America are large markets for semi-conductors in which tin is used as electronic solder. Although demand for the metal seems fairly soft, most smelters around the world require additional feed, even in less opaque markets like China and Indonesia. There was a flurry of material coming out of Myanmar recently, but that has abated which coincided with the drop in production from Chinese mines.

Driving the local economy
Bisie is well positioned to supply the international market with tin from the DRC. The mine sells 100% of its product to a trading company who toll treats the tin before selling it to solder and chemical manufacturers. Being the only operating mine in North Kivu means that Bisie has great support from local communities and government officials. The mine employs more than 600 people in the region and the area surrounding the mine has become a hub of economic development. Tin is transported about 32km on a brand-new road built by Alphamin to the village of Logu, from where the trucks head northwest to Kisangani in the Tshopo province of the DRC before they turn east to Kampala in Uganda.  The mine has moved more than a 1,000 tons of tin concentrate per month on this road since August 2019.

Bisie is no longer just a story. Alphamin has managed to develop and bring the mine into production in one of the most isolated regions in the world, and, against all odds, is currently shipping out tin concentrates like a well-oiled machine. Within five and a half years, the company has built a 32km long road, developed an underground mine, constructed and commissioned a 35,000tpm ROM processing plant, built a camp for management and local staff and improved communication connections in the entire region.

The mine does not only employ a large chunk of the local community, but its presence has been an injection to the local economy and has uplifted the majority of people living and working in the area. While the loaded trucks continue departing, recently appointed CEO Maritz Smith and Boris Kamstra, executive director of Alphamin and their team at Bisie will start looking at strategies and business models to create a sustainable economy in Walikali and surrounding areas which will drive further growth in North Kivu.