CST
translation
Source:SMM
Exports of aluminum profiles and bars were 86300 tons in September 2019, down 4.98% from August and 1.09% from a year earlier, according to data released by the General Administration of Customs. 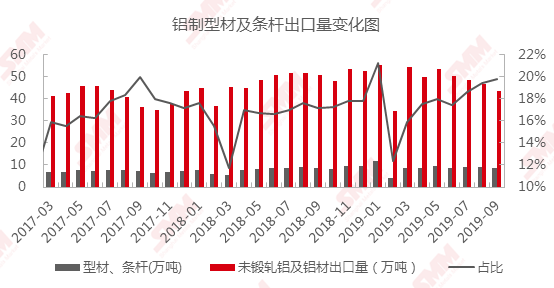