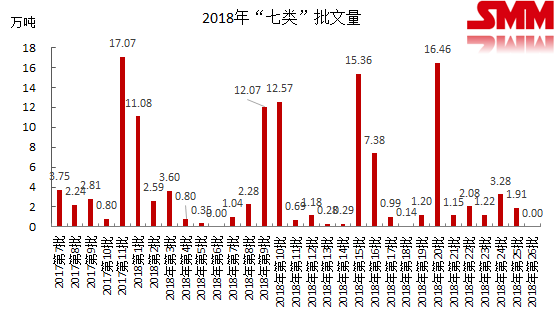 Six categories of waste changed to restrict import in July 2019

Since the total ban on imports of "waste seven categories" at the end of 2018, a new policy has emerged in 2019, which plans to convert "six categories" of waste copper into restricted categories, which can only be imported by processing waste enterprises and enterprises in the recycling park with import approvals, and will formally stop the import of solid waste by the end of 2020. 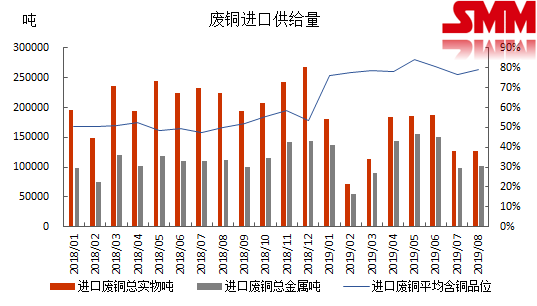 After the emergence of the new policy in March, because the market was uncertain about the volume of subsequent approvals, there was a wave of imports, resulting in a substantial increase in the supply of goods to Hong Kong ahead of the implementation of the approval system. From April to June 2019, the import of scrap copper was high, all higher than 180000 tons of real goods, resulting in a cumulative increase of 106000 tons of metal to Hong Kong in the first half of the year compared with the same period last year. The approval documents for the "waste six categories" have only been issued one after another since June 20. At present, five batches of approvals have been issued, with a total of 541600 tons of scrap copper and about 433300 tons of metal, which is only about 60 percent of the import volume in the second half of last year. At present, domestic imports of copper orders Liao Liao, the market for the late fourth quarter copper supply expressed concern. It is understood that at present, some domestic waste enterprises choose to buy imported unrestricted copper ingots to supplement their production needs, and some enterprises have transferred factories to Southeast Asia and other places, and some enterprises have reduced production or closed down because of insufficient supply and thin profits. It is expected that the volume of scrap approval in the fourth quarter will be greatly reduced, the volume of scrap copper imports in the fourth quarter is not optimistic, and the impact of the reduction of scrap copper imports on enterprise production will continue to appear. For domestic copper scrap, due to reduced profits this year, resulting in a reduction in the supply side, domestic copper supply into the explosion period still needs time to wait, and will not grow a lot in the short term.