SMM7 24: recently, Vale released its second quarter results. Manganese mine production totaled 318km in the second quarter of fiscal 21019, a decrease of 12.9 per cent from the first quarter, mainly due to lower productivity, improvement and safety maintenance at the Urucum mine.

Manganese ore sales reached 92, 000 metric tons in the second quarter, down 63.5% from the first quarter, mainly due to falling production and abnormal rainfall at the port of Ponta da Madeira.

Sales of manganese and nickel minerals in recent quarters: 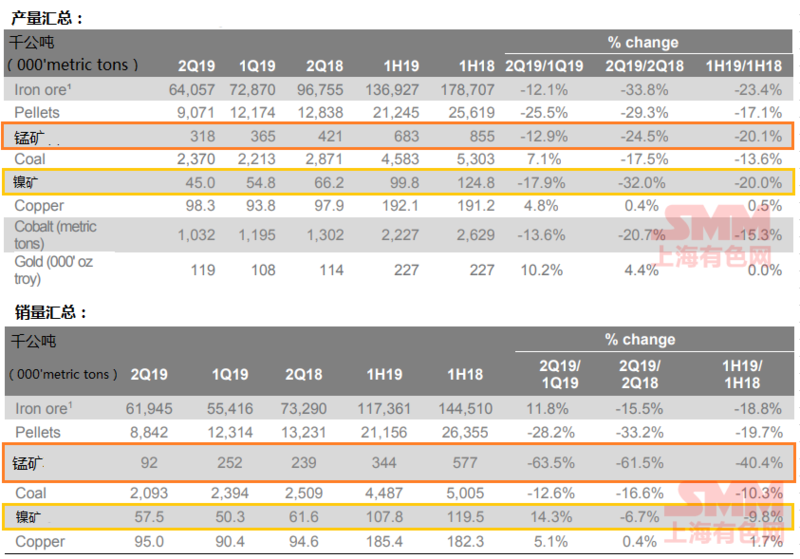