July 24, SMM7: July 23, Yueda International announced that the controlling shareholder Yueda Group entered into a share purchase agreement to sell all the issued share capital of subsidiary Yuelong, involving a capital of 230.8 million yuan and a net income of 228.8 million yuan, which will be used to offset the shareholder loans owed by the company to the buyer and its connected persons. 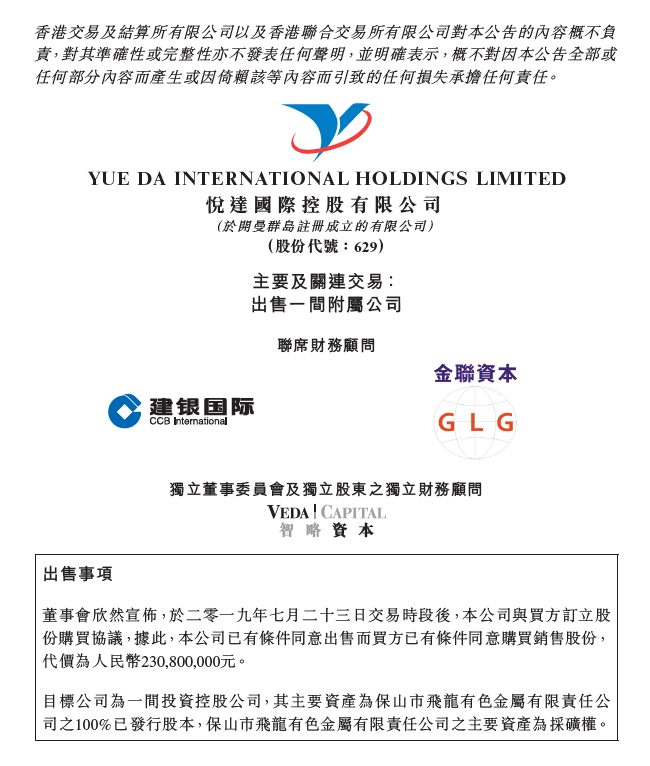 The company believes that a number of new laws on mine protection since 2017 require strict measures to establish standards for ecosystem, environmental protection and production safety, casting a shadow over mining business.

Qinghai to Contribute 620,000 tonnes of Nonferrous Metals in Geologic Exploration in 2016
Qinghai invested 1.3 billion yuan in 516 geologic exploration projects in 2016, according to news.163.com.