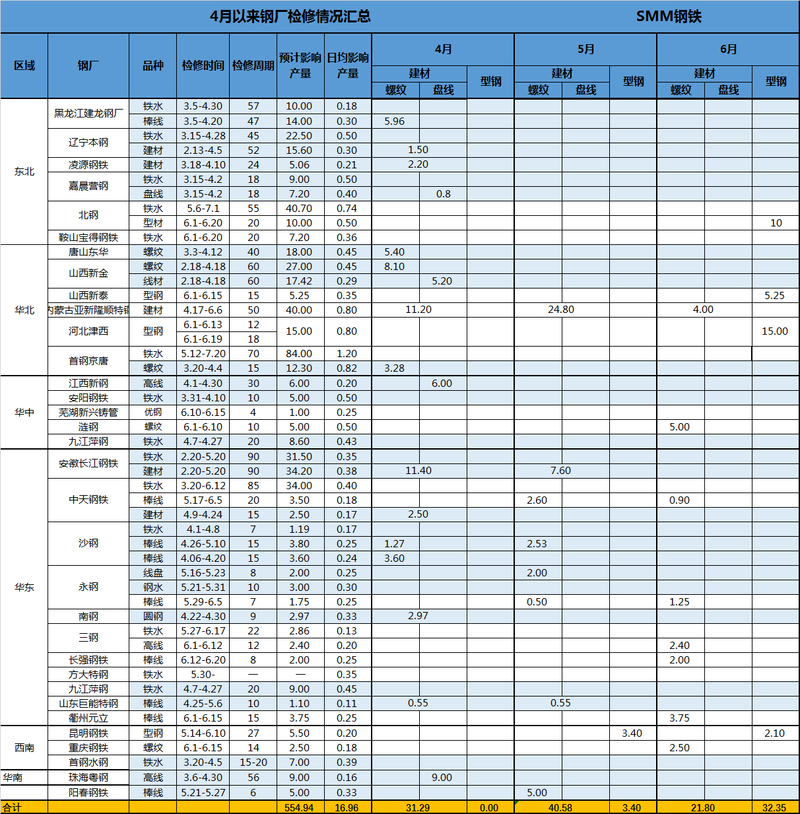 According to SMM statistics, since late April, under the background of the continuous brewing contradiction between supply and demand, the spot price of building materials has been in a weak state, and the prices have declined in all parts of the country, but there are some differences between regions, among which East and Southwest China have the biggest decline. Basically in 200 to 280 yuan / ton, the actual transaction price decline may be even more "spectacular." SMM survey shows that the northern steel mills generally feedback that the rigid demand toughness of building materials is still there, the plant warehouse is also maintained at the conventional level, and the demand release is not obviously affected by seasonal interference. However, the southern market reflects that since the official entry into the "Meiyu" season, the construction process of the construction site has been difficult to push forward, and the terminal demand has been suppressed. At present, the feedback from some steel mills has obviously accumulated compared with the previous period, and the market mentality is more pessimistic. However, as prices have fallen to low, the rate of decline is expected to converge later.

CST
special issues
Rebar in-plant inventory sees smaller decline from a week ago
Overall rebar inventories in China dropped 6.1% from a week ago as of Thursday May 10, marking the eight consecutive weeks of decline, SMM data showed.