CST
Source:SMM
The commerce ministry has recommended imposition of anti-dumping duty on imports of steel wire rods from China to protect the interest of domestic players from cheap in-bound shipments.

DELHI (Scrap Register): The commerce ministry has recommended imposition of anti-dumping duty on imports of steel wire rods from China to protect the interest of domestic players from cheap in-bound shipments.

The duty was recommended on imports of 'wire rod of alloy or non-alloy steel', which is used in many applications and sectors such as automotive components, welding electrodes, fasteners, including nuts and bolts, nails, railway sleepers, general engineering, binding wires for construction industry and armoured cables.

Steel Authority of India, Rashtriya Ispat Nigam, Usha Martin and JSW Steel had jointly filed the application to probe the dumping of these products from China, the Press Trust of India reported.

In its findings, the directorate general of anti-dumping and allied duties (DGAD) concluded that the product has been exported to India at "below the normal value" due to which "the domestic industry has suffered material injury".

"The authority recommends imposition of provisional anti-dumping duty... so as to remove the injury to the domestic industry," DGAD said in a notification. 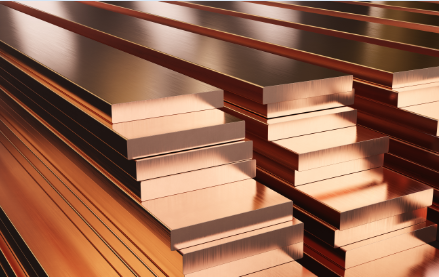 Severe Shortage of Coal Supply Threatens Aluminum Enterprises in India
According to Aluminum Association of India (AAI), most smelters are facing a shortage of electricity.

Bharat Aluminium Closed for Rectification due to Water Pollution
India has released a notice to ask Bharat Aluminium to shut down its 1200MW coal plant in Korba region of this province.

Latin America’s steel imports from China increased 19% in Jan-May ‘17
(ALACERO) states that steel imports by the region from China totaled 3.3 million tonnes (Mt) during the initial five-month period of the year.

CST
SMM Comments
India extends MIP on 66 Steel products for 2 months
India has decided to extend the Minimum Import Price (MIP) on 66 steel items for a further period of two months till December 4, 2016.

CST
Data Analysis
Europe imposes duties on Chinese Hot-rolled Coil, Heavy Plates
In order to control competition for EU producers including ArcelorMittal and ThyssenKrupp AG, the European Union has imposed a tariff of 73.7 percent on two type of steel from China.

All
MOST POPULAR
1.Molybdenum Prices Hit a 17-Year High with Persistent Tight Supply
2.China Likely to Enhance Export Restrictions on Rare Earth Products and Technologies
3.SMM Morning Comments (Jan 30): Base Metals Closed Mostly with Losses on Rising US Dollar
4.Copper Prices to Be Subject to Follow-up Consumption post CNY Holiday
5.SMM Morning Comments (Feb 2): Base Metals Closed Mostly with Losses Following US Rate Hike
Shanghai Metals Market
Privacy PolicyCompliance CentreSMM Credit ServiceContact UsAbout UsTerms & ConditionsSitemap
Notice: By accessing this site you agree that you will not copy or reproduce any part of its contents (including, but not limited to, single prices, graphs or news content) in any form or for any purpose whatsoever without the prior written consent of the publisher.