CST
Source:SMM
SMM started the first stop of the 2021 nickel team field trip in Jiangsu, to investigate the upstream and downstream enterprises of the NPI and stainless steel industries, in order to seek more precise and deeper cooperation and create more effective and continuous communication with the relevant companies. Wu Chenyu and Pan Jinxiu, consultants of SMM New Energy Marketing department, Li Chuntian, SMM nickel and stainless steel analyst, and other SMM staff and members of the delegation will be visiting the enterprises of the nickel industry during July 13-16. The first stop: POSCO (Zhangjiagang) Stainless Steel Co., Ltd. (PZSS)

SHANGHAI, Jul 15 (SMM) - The rapid expansion of the new energy industry has driven the continuous increase in demand for nickel since 2020, and nickel has been applied to new end fields.

Stainless steel still occupies an absolute dominant position in the nickel consumption, and the NPI-stainless steel production line has great influence. Tsingshan announced its high-grade nickel matte nickel project in March 2021, which connected the two parallel industrial chains, and the complexity of the nickel industrial chain and the influence of each link on the entire industry are deepening. With the development of Indonesia's nickel industry, the domestic market has undergone changes, especially the NPI-stainless steel industry chain. How will domestic NPI plants solve the problem of single source of raw materials in the future? How do NPI plants and stainless steel plants cope with the impact of low-cost products in Indonesia? Will stainless steel plants have a targeted layout for nickel raw materials in the future?

Hereby, SMM started the first stop of the 2021 nickel team field trip in Jiangsu, to investigate the upstream and downstream enterprises of the NPI and stainless steel industries, in order to seek more precise and deeper cooperation and create more effective and continuous communication with the relevant companies.

Wu Chenyu and Pan Jinxiu, consultants of SMM New Energy Marketing department, Li Chuntian, SMM nickel and stainless steel analyst, and other SMM staff and members of the delegation will be visiting the enterprises of the nickel industry during July 13-16.

PZSS is located in the Yangtze River Economic Development Zone in Zhangjiagang City, Jiangsu Province. It faces Shanghai to the east, Nanjing to the west, Yangtze River to the north, and Suzhou and Wuxi to the south, with very convenient transportation. PZSS was established on February 15, 1997, jointly invested and established by South Korea POSCO and Jiangsu Shagang Group, specialising in the production of stainless steel.

PZSS adheres to the investment philosophy of common development of enterprises, localities, customers, and employees. It carries forward the POSCO spirit of "limited resources and unlimited creativity", and aims to create a world-class enterprise to contribute to the construction of Zhangjiagang and China’s steel industry. The company has paid over 10 billion yuan in various national taxes and fees since 1999, and has played an active role in various national and local public welfare activities. Within the company, it adheres to people-oriented work, implement humanised management, actively develops employee education and welfare, creates a POSCO family atmosphere, and has cultivated a group of world-class employees. PZSS is a successful example of foreign-funded enterprises in Zhangjiagang and even the whole country, and has been affirmed and supported by leaders at all levels. SMM and the members of the delegation visited the factory of PZSS to learn more about the technical advantages and characteristics of the products and conducted in-depth exchanges on its core competitiveness and future development plans. 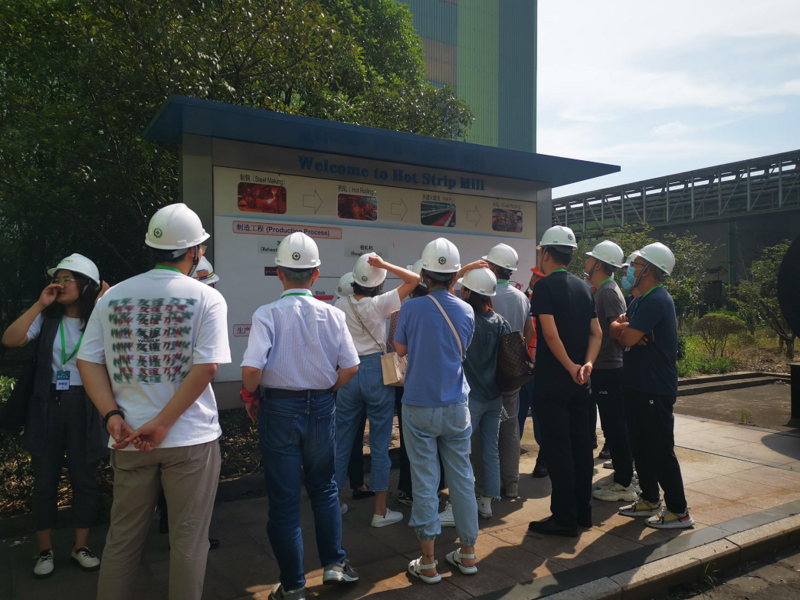 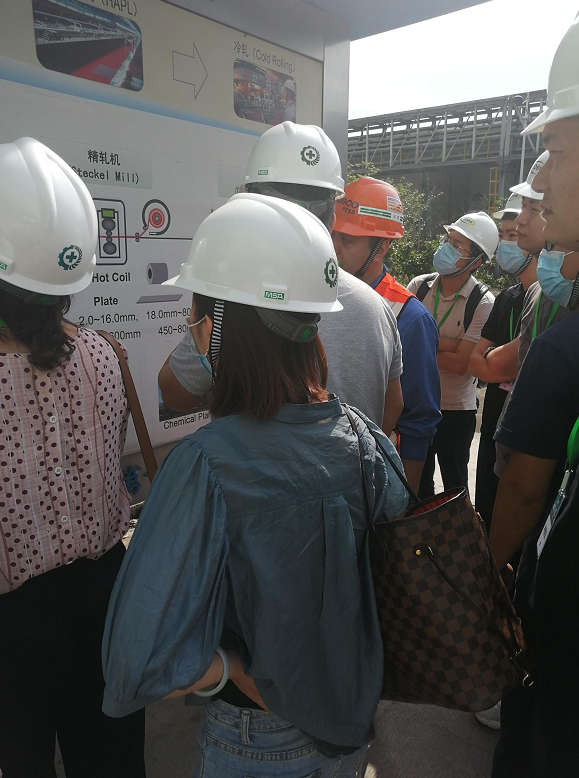 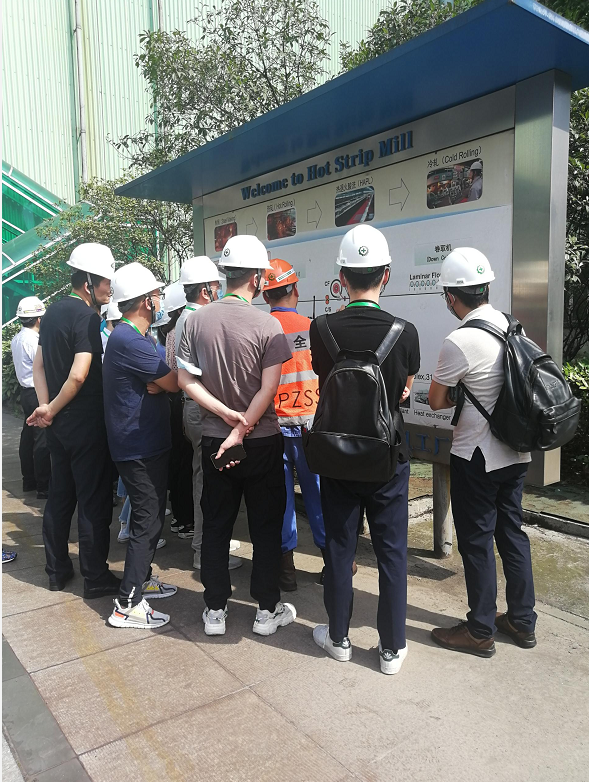 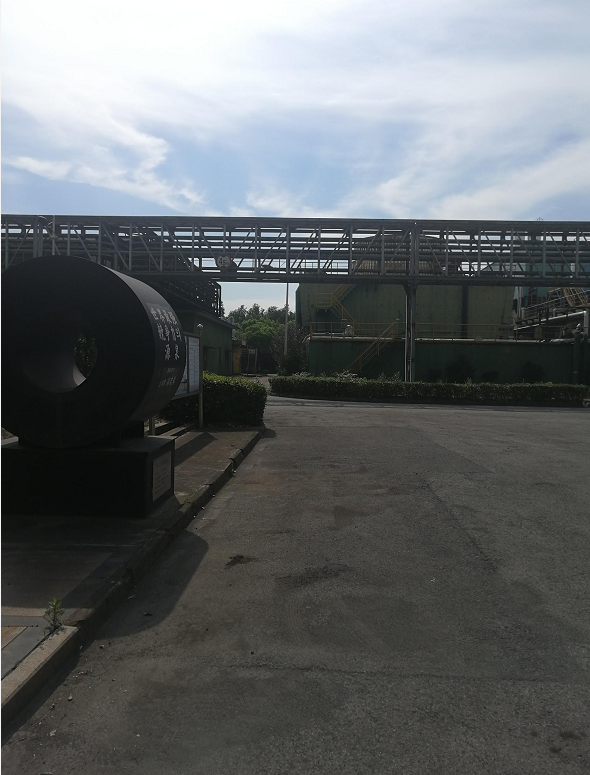 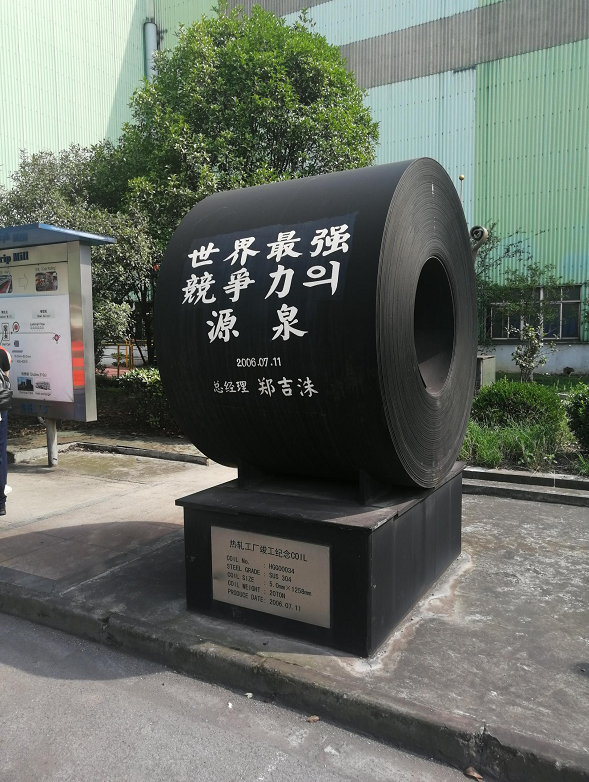 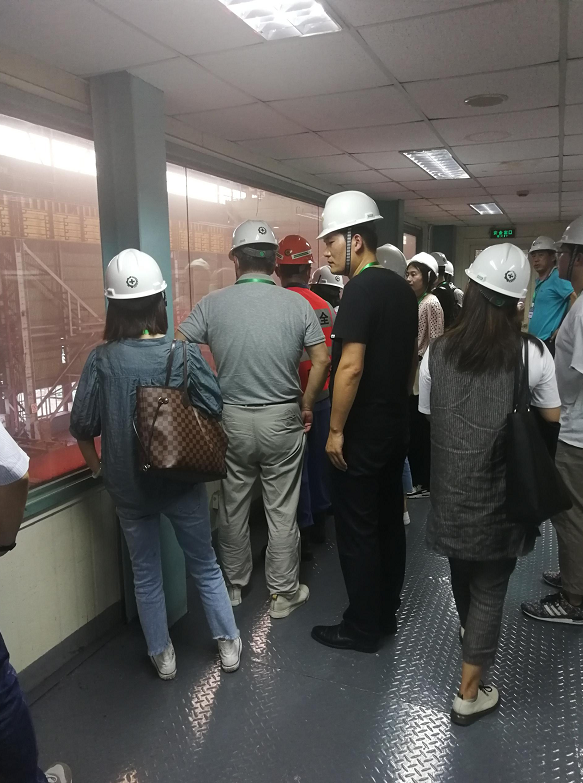 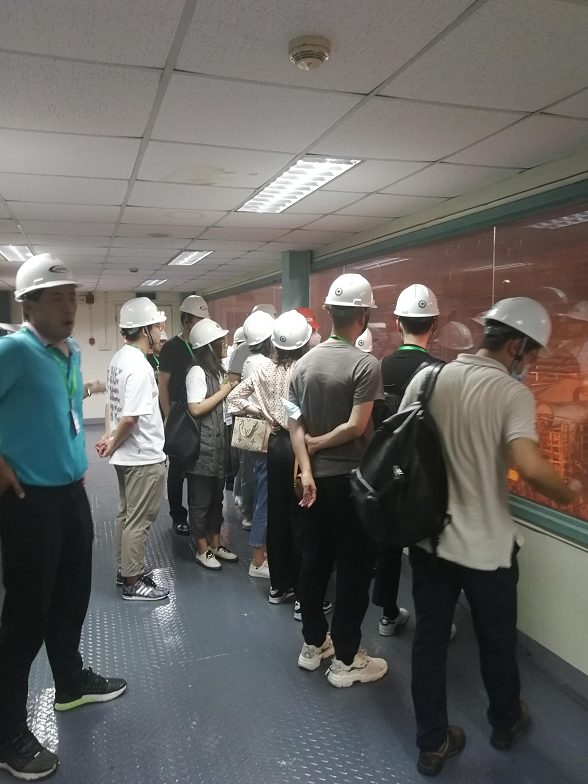 All equipment of the first and second phases of the company are imported from companies with world-leading technology levels in US, Japan, Switzerland and other countries, and the production process is controlled by international leading network technology. Through the joint efforts of all the employees of the company, PZSS was ranked first in the ranking of POSCO overseas investment enterprises in South Korea in 2003. At the same time, the company was also rated as a high-tech enterprise in Jiangsu Province, and the cold-rolled stainless steel sheet was rated as a high-tech product.

In order to solve the raw material supply problems of cold-rolled stainless steel production enterprises invested by POSCO in China (PZSS and POSCO Qingdao), contribute to the development of China's steel industry, reduce production costs, and increase the profits, POSCO decided to carry out the expansion project of STS Consistent Steel mill on the basis of the first and second phases of the project. The expansion project is located on both sides of the Yanjiang Highway in Daxin Town, Zhangjiagang City, 8 km away from the first and second phases of the project. It includes three main projects: stainless steel smelting, continuous casting, and hot rolling. The designed production capacity is 600,000 mt/year of hot-rolled stainless steel plates. The main products are 300 series and 400 series high value-added hot-rolled stainless steel. The expansion project was approved by the government on September 8, 2003, and the total approved expansion investment was $744 million, 82.5% of which came from South Korean POSCO, and 17.5% from Jiangsu Shagang Group. On October 31, 2003, the PZSS Expansion Project Headquarters was established to plan and design the project. The expansion construction of the consistent steel mill was finished after 19 months of work on July 31 2006.

The PZSS expansion project has introduced many advanced foreign equipment and technologies. It has the scarce steckel rolling mills which can produce hot-rolled products efficiently and quickly, unlikely the traditional process of steel companies in the past. At the same time, the company has independently developed advanced network that controls all the company’s equipment. The three-level network systems such as ERP and MES are the focuses, which effectively guarantees the optimal allocation of the company's overall resources. In order to achieve the environmental protection, the expansion project introduced the most advanced equipment dust removal and by-product recovery system during the construction process. The original steel company only paid attention to production benefits and ignored environmental protection benefits. 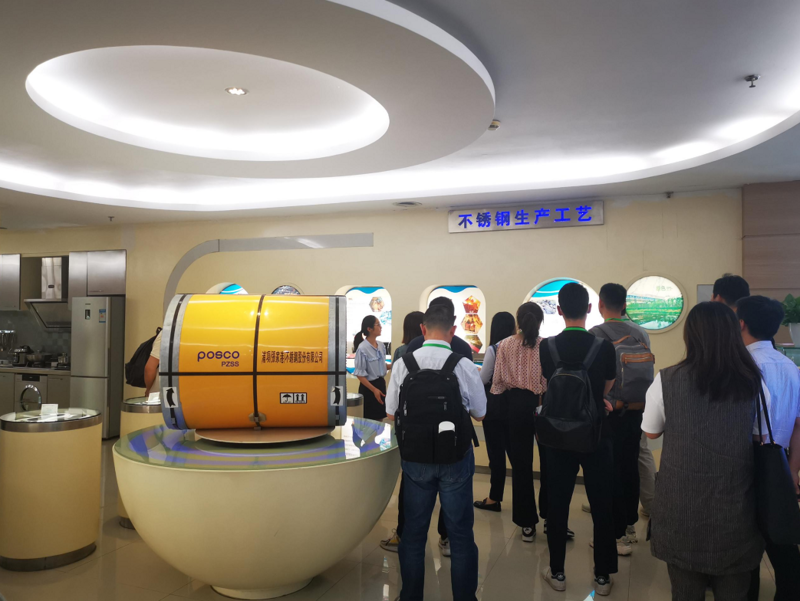 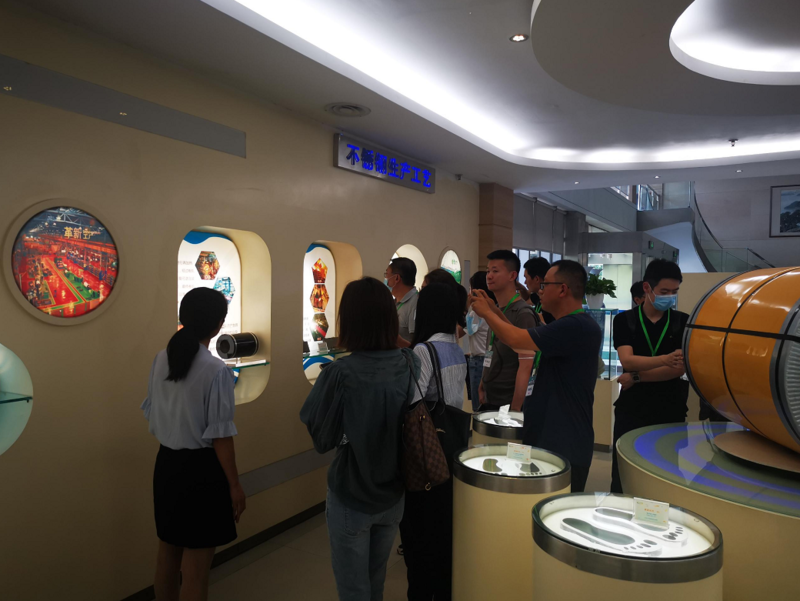 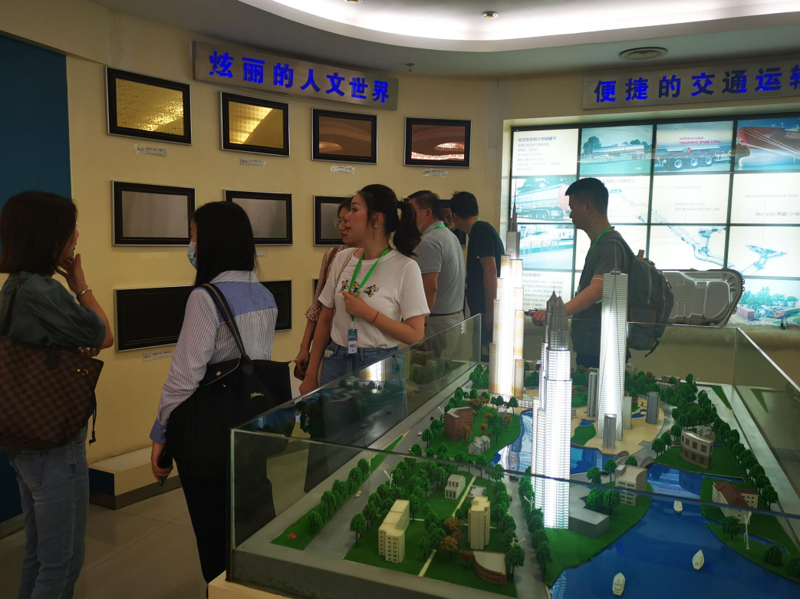 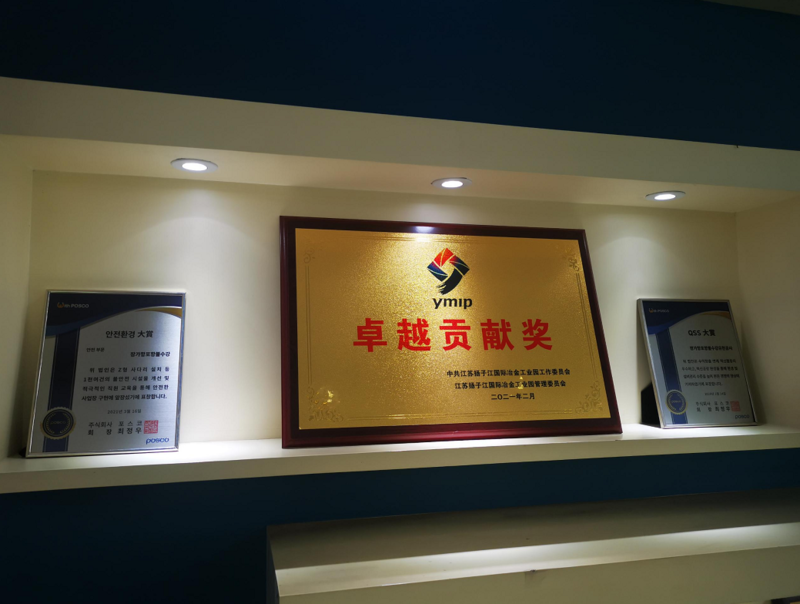 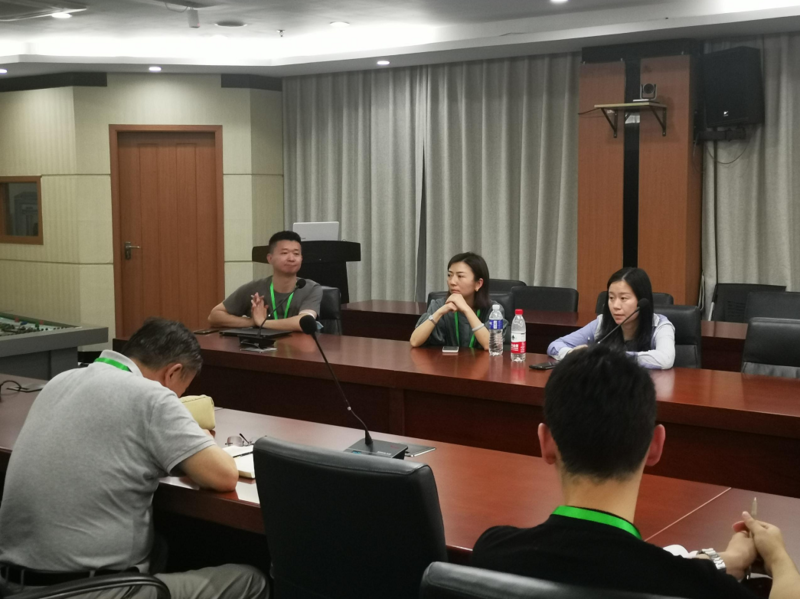 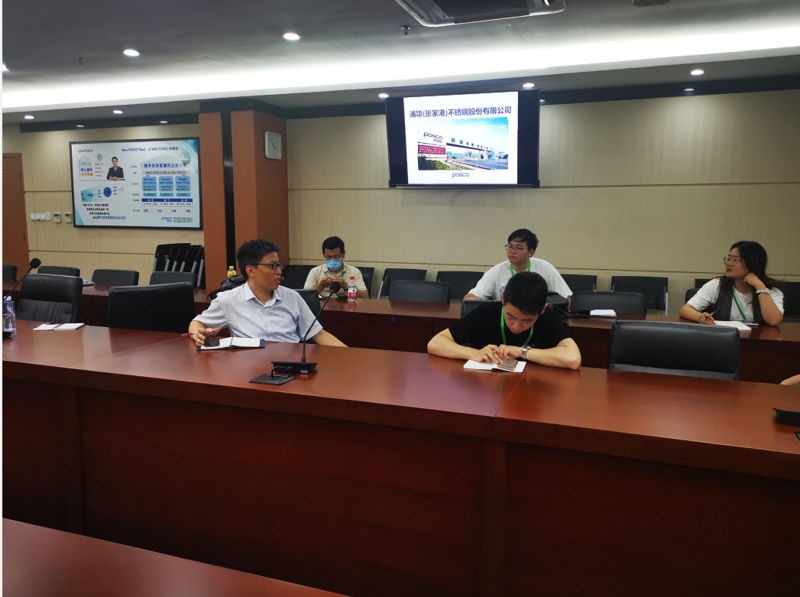 After visiting the factory, representatives of SMM and nickel industry took a group photo with the staff of POSCO (Zhangjiagang) Stainless Steel Co., Ltd. to increase the deeper cooperation and friendship between each other. SMM believe there will be deeper exchanges and cooperation in the future. 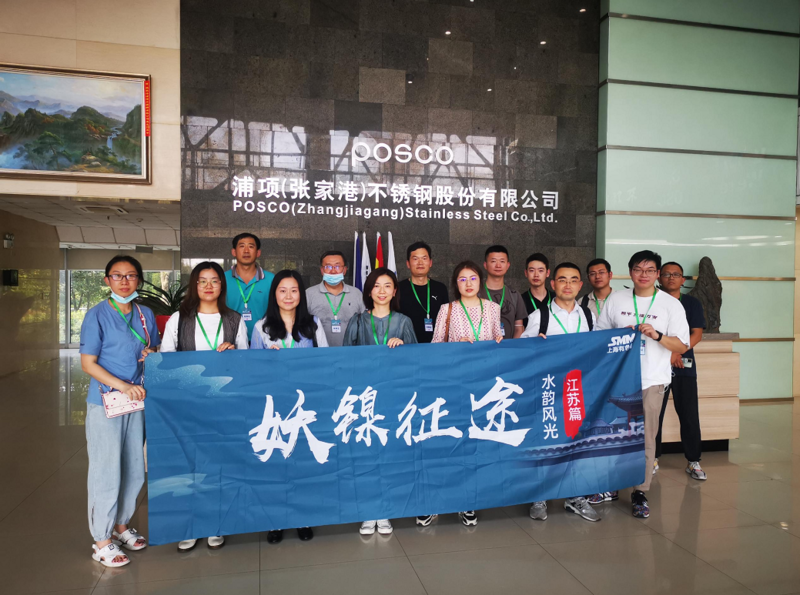 Exclusive: SMM's Lead team Field Trip –Shuangdeng Group
In recent years, the Chinese lead market has continued to grow in scale and production capacity. In order to better connect upstream and downstream companies in the lead industry chain, fully understand lead-acid battery companies, reduce lead-acid battery companies’production costs, focus on hot topics in the domestic lead-acid battery market, and discuss the development of the battery industry, SMM has integrated the customer groups in the lead industry chain, including upstream companies such as smelters, battery material and auxiliary material producers, and third-party equipment providers to form an inspection team and paid a visit to lead-acid battery companies to get to know their production situation. This can provide face-to-face communication opportunities for long-term procurement, create precise and in-depth cooperation, better save resources and costs, and promote better and faster development.