Sing "me and my Motherland" together.

Before the opening ceremony, all the participants stood up and sang "me and my Motherland" to celebrate the 71st anniversary of the founding of the people's Republic of China. Zhao Qian, secretary general of Shandong Aluminum Association, attended the meeting and delivered a speech, expressing warm congratulations on the establishment of Linyi Aluminum Association on behalf of Shandong Aluminum Association. Zhao Qian put forward five suggestions to Linyi Aluminum Association: the first is to focus on both international and domestic markets, to attach equal importance to internal and external circulation, and the second is to promote the balanced development and innovative development of the industrial chain, and strive to realize the transformation of kinetic energy between the new and the old. Third, always establish the concept of "green water and green mountains is Jinshan and Yinshan", and adhere to ecological priority and green development. Fourth, focus on cohesion, further promote the supply-side structural reform, and make up for the shortcomings in the aspects of resource guarantee, green manufacturing, high-precision aluminum, basic research and so on. Fifth, give full play to the role of the association as a bridge, adhere to the purpose of service, continuously improve the ability and level of the service government, service industry and service enterprises, promote the technological progress of the industry, and strengthen the self-discipline and self-construction of the industry. to play a key role in promoting the high-quality development of Linyi aluminum industry. 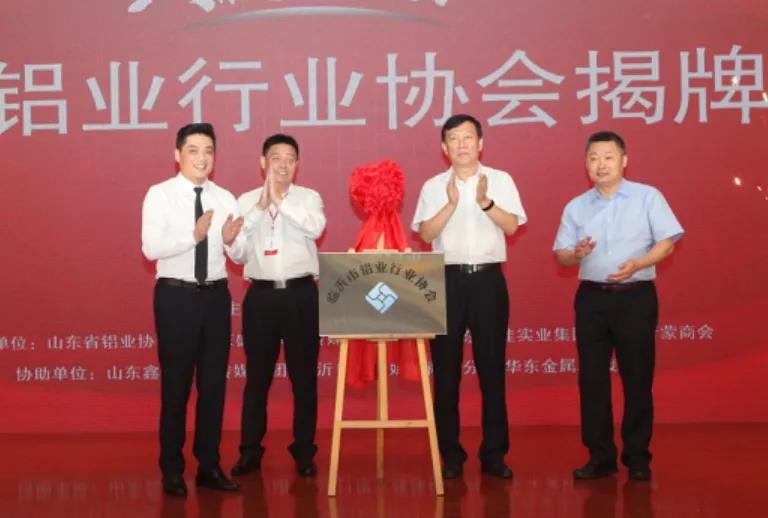 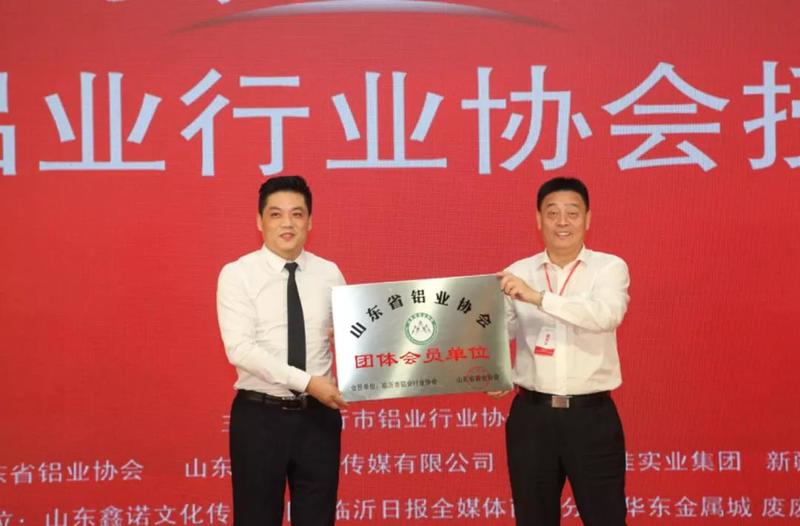 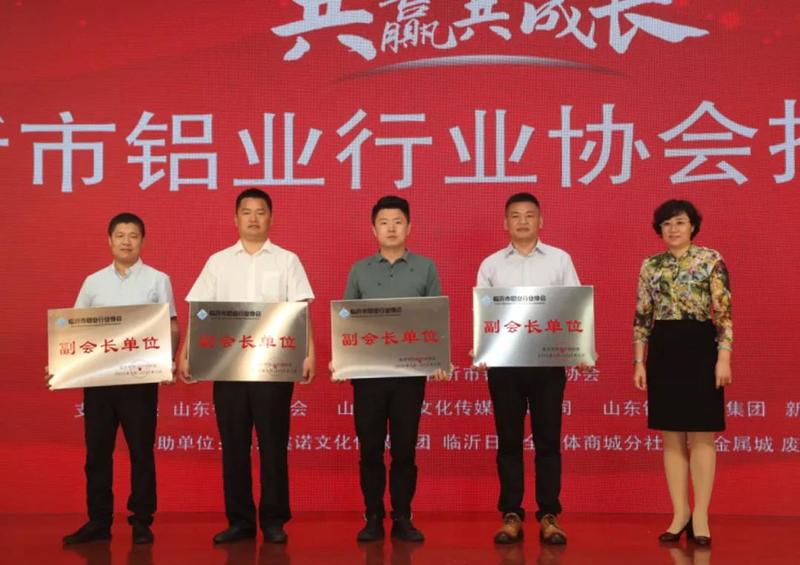 In his speech, Bo Fulei said that the official unveiling of the Linyi Aluminum Association marks the official start of the work of the association, and the association will adhere to the concept of "platform co-construction, resource sharing, mutual assistance and cooperation, joint development, and win-win growth." focusing on building the homes of small and medium-sized enterprises, industry resource integration, government-enterprise bridges and exchange platforms, focusing on the service industry, aluminum industry parks and supply chain finance. Rely on seven service platforms and nine supporting organizations to build the association's own business operation model and core competitiveness, and actively undertake various affairs authorized and entrusted by the government.

On behalf of Linyi Aluminum Association, Bo Fulei promised to give full play to the soft power and media role of industry associations to achieve the development goal of "win-win and common growth" of colleagues in Linyi aluminum industry. efforts will be made to build the association into a community organization with economic strength, influence, brand awareness and a sense of social responsibility, so as to make new contributions to Linyi aluminum industry and economic development.

First, policy advantages. Government departments at all levels in Linyi adhere to the high-quality development of the aluminum industry and have issued a series of supporting policies and measures to eliminate backward kinetic energy, transform and upgrade traditional kinetic energy, and cultivate and strengthen new kinetic energy. it is the right time for the establishment of the Aluminum Association, which has provided a broad stage for the opening and development of the city's aluminum industry and injected new vigor and vitality.

Second, industrial advantages. The production capacity of aluminum profiles in the city is more than 1.5 million tons, with an annual output value of more than 30 billion yuan, ranking second in the province, with more than 1000 wholesale markets. Linyi, where the last phase is located, has set up a delivery warehouse for aluminum products, initially forming a complete industrial chain of raw materials, finished products, transactions and services, and the cluster effect is becoming increasingly prominent.

The third is the advantage of logistics. Linyi is a national logistics hub city, with highways, railways and Eurasian trains, and enterprise logistics costs are further reduced.

Xie Hongri put forward three hopes for Linyi Aluminum Association: first, to promote the benign interaction between government and enterprises, give full play to the role of bridge, be a good publicist of the government and the spokesman of enterprises, actively make suggestions and suggestions, publicize the voice of the government, and reflect the aspirations of enterprises; The second is to promote the high-quality development of the aluminum industry, centering on the needs of high-end, terminal, clustering, green and safety of the aluminum industry, make good use of the advantages of technical information personnel, strengthen industry planning and industry standard formulation, and strengthen and optimize characteristic products. Third, it is necessary to strengthen self-construction, close to the industry, close to the market, close to enterprises, establish and improve the operating mechanism of self-development and self-restraint of the association, and ensure that the association is built into an authoritative, influential and promising trade association. 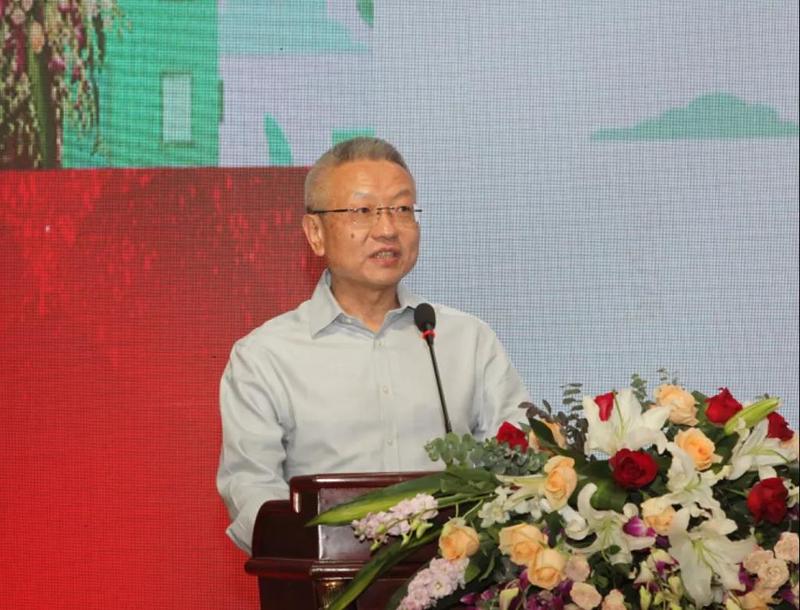 In recent years, the aluminum industry in Linyi City has developed rapidly, and considerable progress has been made in aluminum resource allocation, production layout, technology research and development and market development. it has become an important production and distribution base of aluminum products in Shandong Province. a number of industry leaders have emerged, such as Platinum Group, Camite Aluminum, Jinyuan Aluminum, Haomen Aluminum and so on.

In order to provide aluminum industry information, industry norms, rights and interests maintenance, exhibition and investment promotion services to aluminum-related enterprises in Linyi, Linyi Aluminum Association was established on May 18, 2020 with the concern and support of Linyi Municipal Party Committee, Municipal Government and competent departments at all levels. The official unveiling of Linyi Aluminum Association on September 26 indicates that Linyi aluminum industry has entered a new stage of simultaneous development and self-discipline development. it is of great significance for Linyi aluminum industry to further optimize industrial structure, speed up the conversion of new and old kinetic energy, and achieve high-quality development.