SMM Network: with the approval of the CPC Central Committee and the State Council, the second round of seven central eco-environmental protection inspection teams have been stationed in Beijing, Tianjin, Zhejiang and other three provinces (cities) and two central enterprises, including China Aluminum Group Co., Ltd., and China Building Materials Group Co., Ltd., from August 30 to September 1, 2020, and carried out supervision pilot projects for two departments, including the State Energy Administration and the State Forestry and grassland Administration. As of September 21, the inspection teams had basically completed the task of sinking.

According to the situation and focused clues of the inspectors in the previous stage, each inspection team went deep into the grass-roots level, the front line, and the scene, and carried out their work by means of covert investigation and investigation. Through sinking work, we have verified a number of outstanding eco-environmental problems, such as illegal discharge, illegal dumping, destruction of woodland, encroachment on wetlands, and destruction of ecology; verified a number of inaction, slow actions, no responsibility, no hard work, and even formalistic and bureaucratic problems such as perfunctory response and fraud; at the same time, through the combination of inspectors and self-inspection, we have promoted the orderly and effective development of departmental supervision work. The inspection groups also take the top priority of the sinking work to promote the solution of the outstanding eco-environmental problems reflected by the masses, spot check the rectification and implementation of the problems reported by the masses, and communicate with the people face to face to listen to opinions and suggestions. The sinking work has further transmitted the pressure on the protection of the ecological environment, and has won the understanding and support of the people through a return visit to the masses. 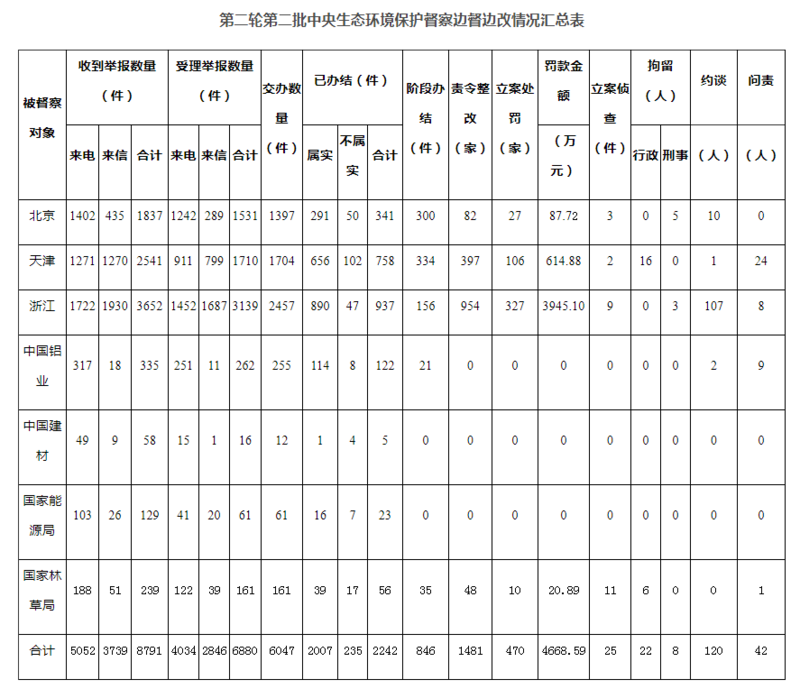