SMM: local time on Tuesday, although there is bad news that the British government has stepped up epidemic prevention measures, but the three major stock indexes opened high throughout the day, ending the previous three consecutive trading days of decline. 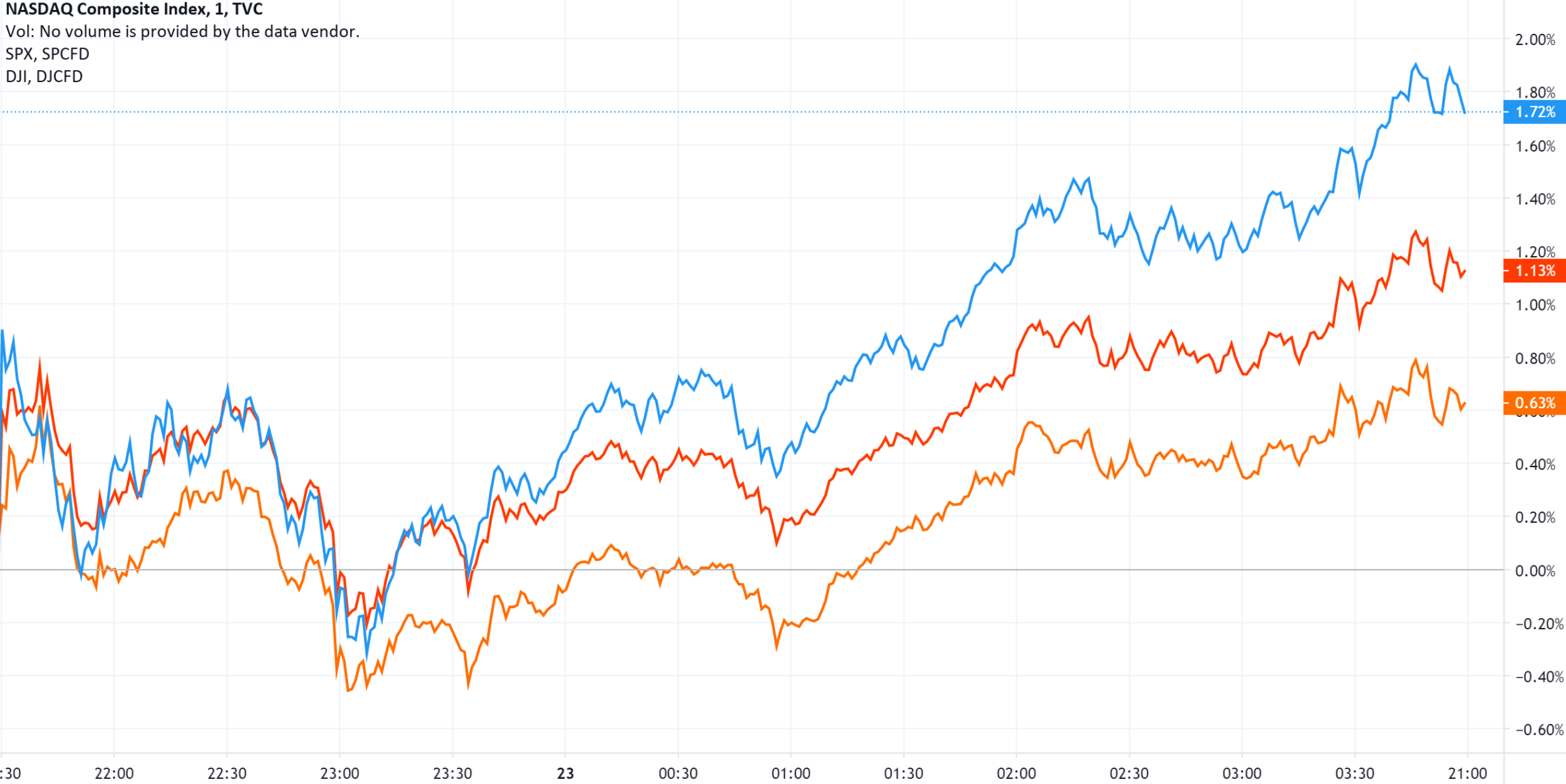 JJ Kinahan, chief market strategist at TD Ameritrade, said there was absolutely no reason to expect the market to remain stable. The epidemic is a key factor in suppressing all concepts, and investors have yet to see a potential timetable for solving the problem.

Mark Haefele, chief investment officer for global wealth management at UBS, said stocks would eventually rise further in the medium term with the successful development of vaccines, the landing of uncertainty in the US election, the introduction of fiscal stimulus bills and continued easing by global central banks. But the path to economic normalization is bound to be bumpy, so the market is expected to remain volatile throughout the year.

Investment bank Bernstein (Bernstein) upgraded Amazon to "buy" from "hold" before Tuesday trading, maintaining its target price of $3400. The bank said Amazon shares had recently fallen 16 per cent from their highs to create an "attractive buying point". Amazon closed up 5.69% at $3128.99 as of Tuesday on the news.

On Tuesday, local time, Apple said some users would experience problems using App Store, Apple Music and streaming services, but did not specify the countries affected or the number of users. There was a sharp increase in the number of reports of multiple Apple service failures on Tuesday, according to downdetector, a failure reporting site.

Josh D'Amaro, president of Disneyland, experience and Consumer goods, publicly called on the California government on Tuesday to provide "fair and just guidelines" to allow California Disneyland to reopen. It is reported that Hong Kong Disneyland will reopen on Friday after Disneyland in Shanghai, Paris and Florida reopened on the premise of epidemic prevention measures.

Jerry Dias, chairman of the Canadian union Unifor, said on Tuesday that he had reached an agreement with Ford to invest C $1.95 billion (US $1.46 billion) in two plants. It includes revamping the Oakville plant to produce five electric cars, which will be shipped as early as 2025.

After-hours on Tuesday, Nike reported first-quarter revenue of $10.6 billion, down 0.6% from a year earlier, with a market estimate of $9.11 billion; first-quarter earnings per share were 95 cents, compared with 86 cents a year earlier. The company said strong demand in the Chinese market and online sales growth were key factors driving the quarter's business data, with online sales up 82 per cent year-on-year and China sales up 6 per cent year-on-year. Driven by earnings data, Nike rose 9.11% as of press time.

Zhongtong Express said in a notice on the Hong Kong Stock Exchange on Tuesday that the final offering prices for both the international offering and the Hong Kong public offering had been determined at HK $218,000. the company's Class A common shares are expected to begin trading on the main board of the Hong Kong Stock Exchange under the stock code "2057" on Tuesday, September 29th, 2020. As of Tuesday's close, Zhongtong Express was up 4.18 per cent at $29.88, a premium of about 5.85 per cent to IPO prices in Hong Kong.

Iron ore bounce expects to be short lived
But the year year 2015 seems to be fair for the commodity as the metal, hiked 8 percent in the beginning of the year.

CST
industry news
Copper hikes for the first time in 2015
The value of the commodity hiked by 0.5 percent in London, after its beginning of the worst year, since 2007.