CST
translation
Source:SMM
[the energy storage industry is on the verge of breaking out. Costa joined hands with Ningde era to add new growth points] recently, when asked by investors on the interactive platform, Costa said: the energy storage industry has a very broad market space and is facing an outbreak. The company is one of the first enterprises to lay out and possess the core technology of energy storage. The joint venture company with Ningde era will soon be put into operation in Ningde. And in the future, we will take energy storage as the core, promote the development of integrated business models such as "optical storage" and "integration of storage and charging", and the new energy business will become a new profit growth point for the company.

SMM9, March 22: recently, when asked by investors on the interactive platform, Costa said: the market space of the energy storage industry is very broad, and it is facing an outbreak. The company is one of the earliest enterprises to lay out and possess the core technology of energy storage. The joint venture between the company and the Ningde era will soon be put into operation in Ningde, and the energy storage will be the core in the future. To promote the development of integrated business models such as "optical storage" and "integration of storage and charging", new energy business will become a new profit growth point for the company.

Among them, in the photovoltaic new energy and energy storage business, the epidemic affected the world in the first half of the year, the development of overseas projects was also greatly affected, and the company's photovoltaic sales declined. However, the company believes that the demand trend of the new energy market remains unchanged, and photovoltaic energy storage, as a key project in the 14th five-year Plan, will break through the bottleneck of the development of existing energy storage technology, and with the alleviation of the epidemic situation at home and abroad, new projects at home and abroad have landed one after another, and the new energy market still has a strong driving force for development.

At present, the company has completed the development of the household energy storage all-in-one machine scheme, which integrates the company's advantages in the field of power electronics and energy storage, namely plug and play, free of system debugging, solve the pain point of high cost of overseas installation products and services, and support the virtual power station (VPP) model, has obtained the certification of Australia, Italy, Germany and other target market countries, and launched the market in the third quarter as planned. Optical storage and charging systems and large container energy storage integrated systems have been applied in batches in Southeast Asia and other countries. The products of power section above 175KW/1500V have been applied in large domestic power station projects such as Bayannur and Wulanchabu, and have been highly recognized by the market. In the first half of the year, the operating income of photovoltaic inverter and energy storage business reached 87.2755 million yuan, down 63.20% from the same period last year. 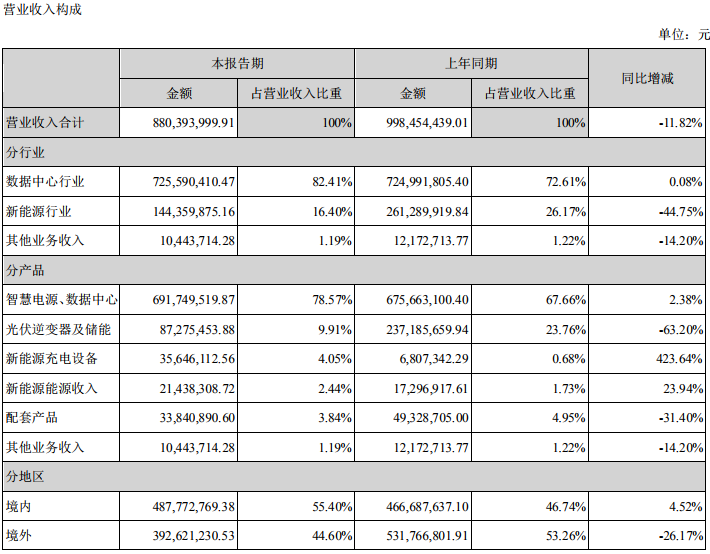 In order to achieve the long-term strategic goal, Kostak joined hands with Ningde Times New Energy Technology Co., Ltd. to set up a joint venture Ningde Times Kostar Technology Co., Ltd. to focus on the field of energy storage. At present, the main building plant and dormitory of the first phase of the joint venture company are under intensive construction, and it is planned to be able to be built and put into production by the end of this year to better support the development of energy storage-related business.

According to Caixin Securities statistics, the company has stepped up its efforts in energy storage and other business directions, and signed a strategic cooperation agreement with China National Construction Group in July this year to jointly explore the global energy storage market. Business development is accompanied by the company's continuous capacity expansion, by the end of the reporting period: the company's projects under construction reached 151 million, an increase of 35% over the beginning of the period, and the second phase of the Huizhou Industrial Park, corresponding to the construction project, is expected to be launched within this year. The company's long-term equity investment is 50 million, an increase of 50%. The first phase of the joint venture Ningde Times Costas plant is expected to be put into production by the end of the year. The capacity of the first phase of the project is expected to produce 1GWH energy storage pack 1GWH and 12,000 sets of charging piles with an annual output value of 600 million yuan. The company's intangible assets are 99 million, an increase of 46% over the same period last year. The corresponding Vietnam production base has been temporarily delayed due to the impact of the epidemic, and is now focused on follow-up and is expected to be put into production next year.