SMM7 March 31: there are ups and downs in the non-ferrous metals market today. By the end of the day, Shanghai zinc rose 1.81%, Shanghai lead rose 0.38%, Shanghai aluminum rose 0.07%, Shanghai copper fell 0.02%, Shanghai nickel fell 0.22%, and Shanghai tin fell 0.45%. On the zinc side, optimistic expectations of monetary easing and a series of economic stimulus packages in the United States have boosted zinc prices, but Sino-US relations are still uncertain macro factors that need to be closely watched. In July, the Shanghai zinc index as a whole showed an upward trend, reaching a peak of 19055 yuan / ton. As of today, it closed at 19035 yuan / ton, up 13.20% during the month. Looking back in July, the zinc supply side showed an upward trend, while the consumer galvanized plate order is still the main support, relatively stable and improved. SMM believes that infrastructure construction is expected to drive downstream zinc consumption, long-term consumption may exceed expectations, zinc prices will maintain a strong trend.

[SMM monthly Outlook] Zinc in Shanghai rose by 13.2% in July. What about the price of zinc in August?

In terms of tin, the basic five-day moving average has risen steadily since the beginning of the month in Shanghai. In terms of fundamentals, Myanmar has not yet lifted its immigration controls, and the tight supply of tin ingots continues. As the import window closes, the domestic supply of tin ingots may be reduced. We need to pay attention to the game of multi-empty forces, the resumption of domestic tin mining and the international macro situation after the re-entry of funds at the beginning of next month. It is expected that before mid-August, Shanghai tin may still be in a situation of strong shock.

[SMM monthly special] the tin rally in Shanghai is strong and steady and the upside is expected to remain strong and volatile in the future.

"in the first half of the year, the iron and steel industry gradually got rid of the impact of the epidemic.

Crude oil fell 2.32% in the previous period, while US oil fell sharply on Thursday as US President Donald Trump hinted that the United States should postpone the presidential election in November, disrupting the market due to poor US economic data. The US economy shrank in the second quarter at its worst since the Great Depression, showing the devastating impact of the coronavirus on the world's largest oil consumer.

In terms of precious metals, Shanghai gold rose 0.52% and Shanghai silver rose 0.58%. According to data, GDP in the United States shrank the most in the second quarter on record, with the number of people applying for unemployment benefits as high as 17 million in the week ending July 18. These figures prove that the future outlook for the US economy remains bleak. Economists lowered their expectations for US GDP in the third quarter, and even if there is a rebound, it may be short-lived. 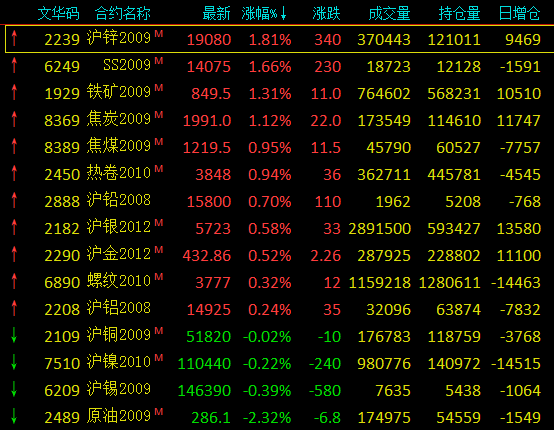 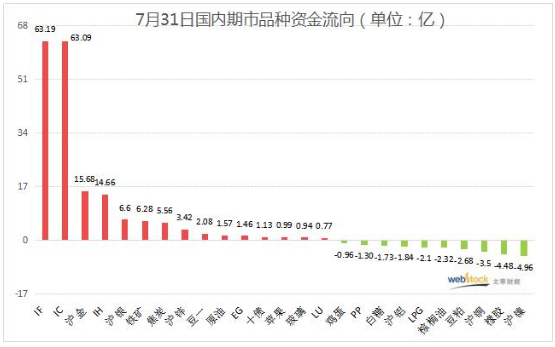 A brief comment on SMM analysts on July 31st

Copper: today, the main force of Shanghai copper opened at 51750 yuan / ton in the morning. After the opening, Kongping mostly went up the copper price slightly, exploring the intra-day high of 51950 yuan / ton, but the rising kinetic energy was limited, and the disk fell to 51700 yuan / ton, and arranged sideways around this position until the midday close. In afternoon trading, copper prices briefly rose to 51870 yuan / ton and then fell again, crossing the daily moving average line to explore an intraday low of 51620 yuan / ton. The short part left the market at the end of the day, making the disk temporarily out of the low level, and finally closed at 51820 yuan / ton, down 10 yuan / ton, or 0.02%. Today, the main daily position of Shanghai Copper decreased by 3768 to 119000, mainly by short positions, while the trading volume increased by 25000 to 177000. 08 during the contract day, positions were reduced by 6927 to 47000, mainly by short positions, while trading volume decreased by 3000 to 26000. The novel coronavirus epidemic hit the economy much harder than expected, and last night the United States announced that GDP shrank sharply by 32.9% in the second quarter, the biggest drop since the 1940s. Uncertain prospects for economic recovery, coupled with the continued spread of the global epidemic, increased investors' pessimistic expectations, macro sentiment is not as expected to put pressure on copper prices, but China's manufacturing industry has steadily recovered, economic recovery growth has formed a good trend. In the morning, the National Bureau of Statistics announced that China's manufacturing PMI was 51.1% in July, above the 50 rise and fall line for five consecutive months. The manufacturing PMI index continued to recover, indicating a continued recovery in the domestic economy and boosting copper prices. Today, the closing of copper in Shanghai, the opening of KDJ has reined in, waiting for the outer disk guidelines in the evening to test whether the bulls can push again to support copper prices to continue to rise.

Lead: within a day, the 2009 contract for Shanghai lead is opened at 15655 yuan / ton. In early trading, bulls reduced their positions, and Shanghai lead was supported near the daily moving average, fluctuating horizontally in the range of 15585-15635 yuan / ton, reaching a low of 15565 yuan / ton during the period. Near the end of the day, boosted by the strong pull of Shanghai zinc, Shanghai lead rose to 15725 yuan / ton. Under pressure, the closing price gave up some of the gains yesterday, closing at 15705 yuan / ton, down 5 yuan / ton, down 0.03%. The position decreased by 828 to 24122, and the trading volume decreased by 7059 to 31255. After Shanghai lead closed at five Lianyang, the bulls made a high profit and reduced their positions, and Shanghai lead showed a trend of horizontal adjustment. However, Shanghai lead is still reported to close the positive line, the center of gravity of the k line has not moved down, the lower 5-day moving average still has a strong support, coupled with the fundamentals of the peak consumption season is approaching, Shanghai lead is expected to maintain a volatile trend in the short term.