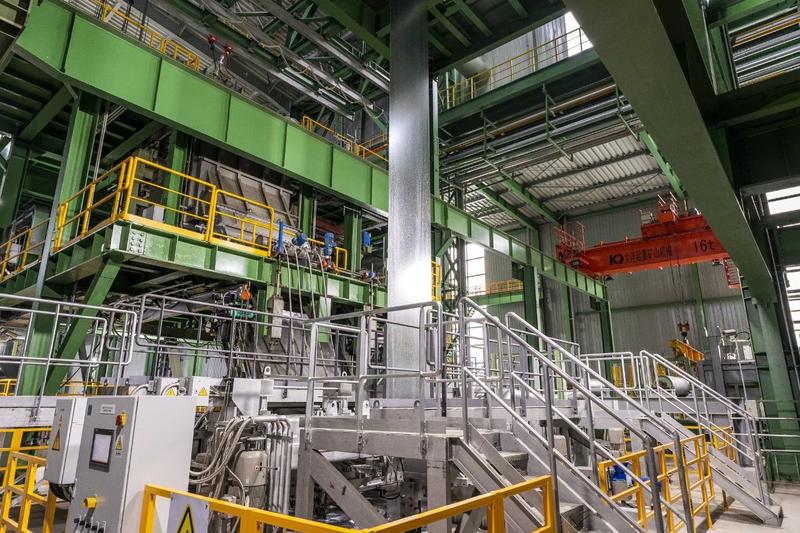 The production line is aimed at the thick specification galvanized market, mainly for building structural steel, highway guardrail, photovoltaic support and other high corrosion resistant hot base galvanized sheet market. Since the construction of the project officially started on June 15, 2019, all the construction units have worked together to start a single test run in May 2020, carried out a cold load test in June, and organized oven and zinc melting on July 10 as planned.

Before the off-line ceremony, the leaders of the Group and Jingtang Company visited the main control room and the site of the hot-based galvanizing production line.

At the ceremony, Liu Jianhui, on behalf of the group and joint-stock companies, extended warm congratulations to Jingtang on the successful release of the first volume of the hot-based galvanizing line. I would like to express my heartfelt thanks and high respect to the cadres and workers of various units who participated in the design, construction and commissioning of the project. He said that the completion and commissioning of the hot-based galvanizing line is another milestone in the development history of Jingtang Company, which means that Shougang has hot-based zinc-aluminum-magnesium products with thick specifications, thick zinc layer and high corrosion resistance for the first time. Once again, it has taken a new step towards the goal of "producing high value-added products at low cost". Liu Jianhui hopes that Jingtang Company will take the operation of the project as an opportunity to strengthen the follow-up operation management of the production line, deeply study the market, do a good job in the docking of production and marketing, and earnestly run, manage and manage the project well, so that it can give full play to its economic benefits as soon as possible. At the same time, we should make great efforts to give full play to the synergistic effect of the first and second phases, further optimize the division of production lines and the allocation of resources, vigorously promote the optimization of the structure of products and users, and continue to increase the proportion of high value-added products and high-end users. we will continue to enhance the core competitiveness of the Jingtang brand and make new contributions to making the main iron and steel industry of Shougang better and stronger.

In his speech, Qiu Yinfu expressed sincere thanks to the leaders at all levels of the professional department of the group company and the iron and steel plate platform company, which have always given strong support to Shougang Jingtang Company. I would like to pay high respect to all the units participating in the war and every builder who has worked hard for the construction of the hot-base galvanizing line project. Qiu Yinfu said that the successful release of the first coil steel in the hot-based galvanizing production line is of special significance, which marks another solid step in the journey of Shougang Jingtang Company to promote high-quality development in an all-round way. Qiu Yinfu hopes that the cadres and workers of the cold rolling operation department will continue to carry forward the spirit of bravely climbing the peak without fear of difficulties, speed up the commissioning of equipment, optimize the production process, pay close attention to fine management, organize production scientifically, and quickly achieve production and efficiency. 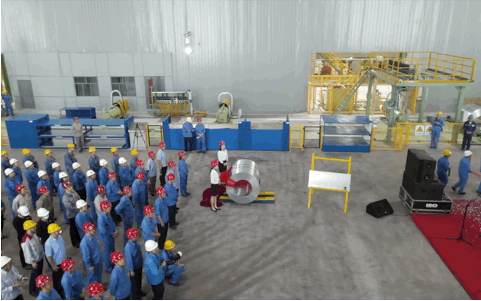 Liu Jianhui announced that the hot test of the hot-based galvanizing production line of Shougang Jingtang Company was successful.