CST
Translation
Source:SMM
The total export volume of domestic electrolytic manganese and manganese products decreased by 14.13% in the second quarter of 2020 compared with the first quarter. 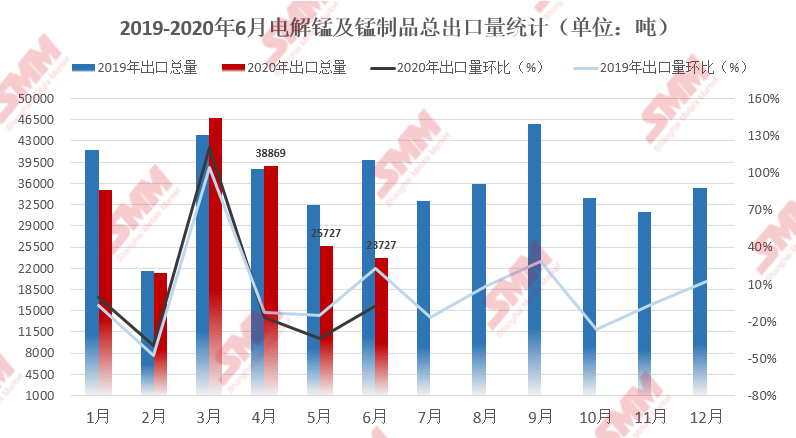 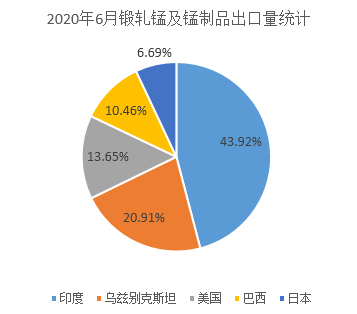 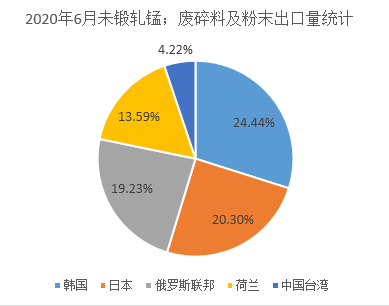 According to SMM, the export volume of electrolytic manganese and manganese products may still be low from June to July, and the overall summer break in overseas Western European markets has not yet ended, so it is expected that the total export volume in the third quarter will be difficult to show an optimistic trend. By the end of July, Posco, South Korea, announced that the bidding volume of 99.7% electrolytic manganese in August was 2527 tons, and the procurement volume was significantly reduced by 1669 tons compared with July, but the bidding price has not yet been determined. At present, most traders of electrolytic manganese FOB are basically stable at around 1450-1470 US dollars / ton from July to August. Because it is difficult to find low-cost sources, the terminal wait-and-see mentality increases, and due to the increasing willingness of domestic manganese factories to raise prices, the trading range of overseas manganese prices does not change much. However, the price reduction situation of steel mills still exists, and SMM expects that there is limited room for manganese prices to rise and fall in the short term, mainly to continue the weak and stable trend.

CST
Industry News
US Ferrous Scrap prices likely to trade in narrow range
The US Ferrous scrap steel prices rebounded during the month of April this year, following increased buying by mills as part of restocking ahead of the upcoming spring season.