In terms of zinc, the warehouses of the London Metal Exchange (LME) in Port Klang in Malaysia and Singapore have never been the main storage sites for zinc, but the recent sharp increase in zinc inventories in both places indicates an unusually large supply glut. Lun zinc stocks have been rising over the past week, rising by more than 50, 000 tonnes in the past five trading days to 173000 tonnes, the highest level since October 18, 2018.

For nickel parents, recently, the capital has pushed up the major metals, and nickel, as a risk variety, has also been significantly boosted. In addition, the performance of the domestic environment has also created a more stable environment; compared with other metals, the fundamentals of nickel are relatively weak, the supply side is abundant, the spot purchase of nickel is few, and the short-term fundamentals of nickel pig iron and stainless steel are OK. After the nickel price was pushed to a high level, the fundamentals had no clear guidance and the macro situation was complex, while the macro recovery superimposed the deterioration of Sino-US relations, and there was a high degree of uncertainty in the short-term trend. in the early days, many operators expected to have a short-term mentality according to fundamentals, but the current short funds are cautious to wait and see, and it is expected that nickel prices will continue to fluctuate in a strong and wide range.

In terms of black, thread rose 0.67%, hot coil rose 0.56%, stainless steel fell 0.04%, coke rose 0.48%, coking coal was flat, iron ore rose 2.31%, hot roll inventory in Shanghai this week 299600 tons, month-on-month compared to-38100 tons, year-on-year-232500 tons, inventory decreased significantly. According to SMM, the recent actual warehouse processing volume has no obvious signs of improvement, which means that the sharp reduction in warehouse is not driven by the improvement of terminal demand. Mainly due to the flood, the water transportation of the Yangtze River has been blocked, the transportation cycle of some resources has been prolonged, and the superimposed resources from the north to the south are still on the way, so the actual storage volume has decreased compared with the previous period, leading to a significant decline in inventory this week. However, it is worth noting that plums are basically coming out in various regions, the floods are gradually fading, and the affected resources will reach the market one after another. And according to SMM statistics, resources from the north to the south have increased and gradually reached the market this week, so it is expected that inventory in the market will accumulate in the future.

Crude oil in the previous period fell 0.1%. On the data side, crude oil inventories plunged 6.829 million barrels to 531 million barrels in the week ended July 24, according to data released by the American Petroleum Institute ((API)) on Tuesday. Analysts expect stocks to remain unchanged. Official EIA (EIA) inventory data will be released at 22:30 on Wednesday. Analysts expect US inventories to fall by 171000 barrels last week. However, the novel coronavirus epidemic continues to spread, so that the market is still worried that the decline in fuel demand will lead to oversupply in the oil market. 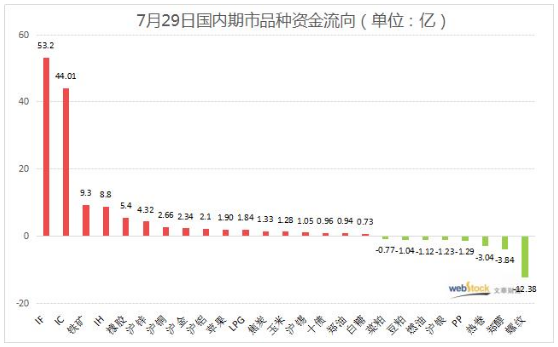 A brief comment on SMM analysts on July 29th

Copper: today, the main force of Shanghai copper opened at 51770 yuan / ton in the morning, and the opening was pressurized by a lot of flat copper prices. Shanghai copper concussion went down to explore an intraday low of 51640 yuan / ton. With bulls increasing positions one after another, the center of gravity of Shanghai copper fluctuated in a narrow range above the daily moving average line until it closed at 51710 yuan / ton at noon. At the opening of the afternoon, bulls entered the market to pull up copper prices to climb the intraday high of 51990 yuan / ton. Bulls made profits from this high position and superimposed short positions, and the market declined, falling to 51790 yuan / ton. Near the end of the day, the center of gravity of copper in Shanghai rose slightly, and finally closed at 51880 yuan / ton, up 180 yuan / ton, up 0.35%. Today, the main daily position of Shanghai Copper increased by 5412 to 120000, mainly by bulls; trading volume decreased by 40, 000 to 127000. 08 during the contract day, positions were reduced by 5204 to 61000, mainly by short positions, while trading volume decreased by 7000 to 33000. The Federal Reserve said it would extend seven emergency lending facilities until the end of the year, with the implementation of strong fiscal and monetary stimulus policies in the United States maintaining an optimistic tone; in addition, the API crude oil inventory announced in the United States last night was much lower than the previous value, which boosted oil prices and linked copper prices to rise. The Fed's FOMC meeting is about to begin, and the market is betting on more economic stimulus, boosting market risk appetite and helping copper prices run high. Today, the copper in Shanghai is closed, and the opening of KDJ has been reined in. In the evening, we will wait for the guidance of the outer disk to test whether the copper in Shanghai can rush again.

Lead: within a day, the 2009 contract for Shanghai lead is opened at 15485 yuan / ton. In early trading, Shanghai lead was under overall pressure of 15525 yuan / ton, with the daily moving average as the support for high concussion. In the afternoon, bulls increased their positions, driving Shanghai lead up to a high of 15580 yuan / ton since December 2019, but did not stand firm. Bulls saw that the upside had no hope of falling into the bag. Shanghai lead gave up some of its gains, closing at 15555 yuan / ton, up 185yuan / ton, or 1.2%. The position increased by 656 to 23677, and the trading volume decreased by 17032 to 31382. Shanghai lead closed at 4 Lianyang, basically broke through the previous 15540 yuan / ton pressure line, k-line center of gravity moved up, KDJ indicators further upward exposure, overall more technical aspects, but taking into account the fundamentals of the peak season is approaching, consumption expectations are good, Shanghai lead is expected to maintain a volatile trend in the short term, night attention to whether the bulls can further reach the short-term target of 15600 yuan / ton.