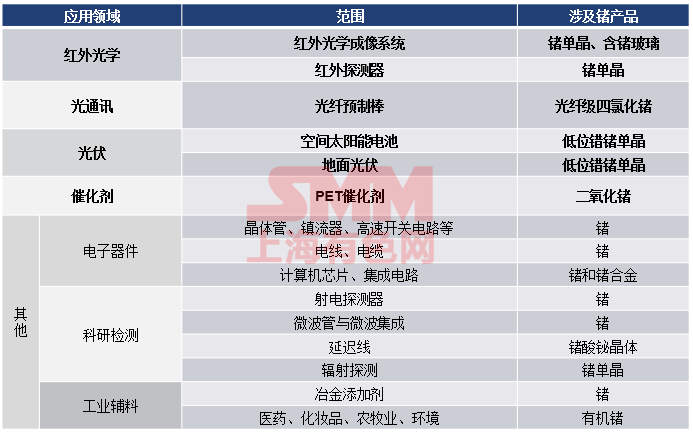 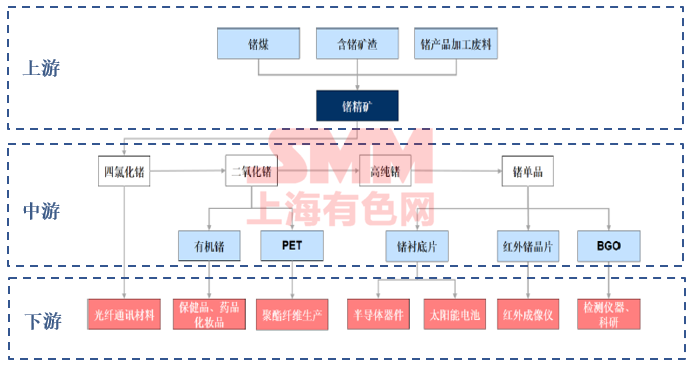 According to the (USGS) data of the US Geological Survey, the global germanium reserves in 2016 are 8600 tons.

The United States has the largest germanium reserves in the world, with 3870 metal tons, accounting for 45 per cent of the world's total.

Followed by China, with reserves of 3500 tons, accounting for 41 per cent of global germanium reserves.

China is the largest producer and exporter of germanium in the world, mainly because the technical link of our high value-added deep processing products is weak, resulting in relatively limited domestic demand, and most of the products are primary processed products.

Distribution of germanium resources in China

Since 2012, global germanium production has been basically maintained at around 160 tons, which is much higher than before. China's germanium output ranks first in the world. On average in the past three years, optical fiber and infrared applications are neck and neck, accounting for 62 per cent of total demand, while other areas account for 19 per cent of PET catalysts, 13 per cent of solar cells and 6 per cent of the other 6 per cent.

In recent years, the applications in optical fiber and infrared fields have increased greatly, and the amount of PET resin catalyst has remained stable.

The fluctuation of germanium market is affected by many factors, such as market demand, national policies (such as deposit collection) and capital operation. In the long run, market demand is the main influencing factor. With the sharp increase in the demand for infrared thermometers in the global epidemic, the demand for germanium has increased significantly, and the price of germanium is expected to continue to increase slightly in the second half of this year.

Domestic germanium production is greater than consumption, the excess is mainly used for export, and the export proportion of primary products is about 40%.

The amount of germanium used in China's deep-processed germanium products and terminal products decreases step by step by an average of 35%, reflecting that China's germanium industry as a whole is still at a low level.

Overall, with the expansion of the field of germanium application, the global demand for germanium will maintain a high growth rate, and is expected to reach more than 220 tons in the future, an increase of 37.5% over the current, mainly as follows:

Under the dual-purpose dual-wheel drive, germanium used in infrared market will maintain the growth trend for a long time.

With the rapid development of optical fiber market, the consumption of high purity germanium tetrachloride is expected to increase greatly.

The demand for polyester (PET) catalyst is stable.

Barriers to entry of germanium industry

The barriers to entry of germanium industry are mainly resource barriers, technical barriers and policy barriers.