In terms of lead, downstream procurement demand returned to primary lead, coupled with the overall improvement in consumption downstream of lead ingots, leading to a decline in lead ingot inventory. In addition, due to the gradual resumption of the economy overseas, lead battery export orders have picked up, while domestic car battery replacement demand has improved, the downstream pick-up mood is better, the future lead battery consumption season is expected. SMM believes that the current cost of recycled lead supports superimposed consumption expectations, and lead fundamentals have a certain degree of support, but the battery replacement season has not arrived after all, and lead prices are expected to remain volatile before the peak season.

Tin, Shanghai tin since the end of April has maintained a strong trend, stable above the 20-day moving average, shock rise. On July 13, the domestic macro-economy improved, the market mood was high, the stock market led the metal disk to rise, and the overall bulls were strong. Last Wednesday and Friday, Shanghai tin twice intended to push higher, affected by the closure of the Chinese embassy in Houston by the United States and the subsequent Chinese reaction, Shanghai tin fell back under the market risk aversion, but the bulls are still accumulating strength. The mood recovered on Friday night and this morning, and prices were able to rise above their previous day highs.

[SMM brief Review] tin rose more than 2% at the opening of trading in Shanghai, and the strength accumulation broke the previous day's high.

In terms of black, thread fell 1.22%, hot coil fell 1.13%, stainless steel rose 0.73%, coke fell 1.63%, coking coal fell 0.37%, iron ore fell 1.99%, news face. According to reports, the world's largest steelmaker ArcelorMittal (ArcelorMittal) in Lazaro Cardenas, Mexico, a factory in the city of novel coronavirus epidemic, so far 21 people have been killed. Solorio, secretary-general of the local branch of the Mexican union of mining and metallurgical workers, said 21 people had died at the plant since April, nine of them workers. Due to the strict hygiene measures taken by the factory, workers may have been infected with the virus outside the factory. According to the union, the factory has more than 7000 employees. ArcelorMittal has yet to comment. As of July 25, Mexico had more than 385000 confirmed cases and more than 40, 000 deaths. Mexico has the fourth highest number of novel coronavirus deaths in the world. The ArcelorMittal epidemic may affect steel production.

Crude oil fell 1.37% in the previous period, as international tensions heightened concerns about the economic downturn as the epidemic spread, so this continued to put pressure on oil prices in the short term. In addition, on the data side, the latest data from Baker Hughes shows that US drilling companies have cut the number of oil and gas drilling rigs to an all-time low for the 12th consecutive week. But the total number of oil rigs in the United States in the week to July 24 increased from the previous week for the first time since March.

In terms of precious metals, Shanghai gold rose 2.68% and Shanghai silver rose 6.28%. Treasury bond yields fell and the dollar index fell to a nearly two-year low in anticipation of continued easing by the Federal Reserve. In addition, for the sharp rise in silver, market analysis believes that silver has both financial and industrial attributes, so its price is more flexible than gold. The global resumption of work and production since May has boosted demand in the silver industry. 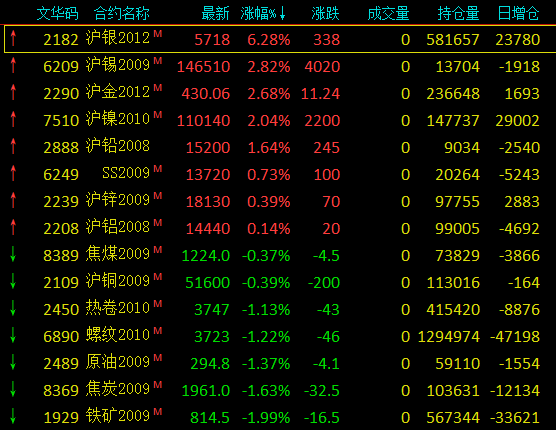 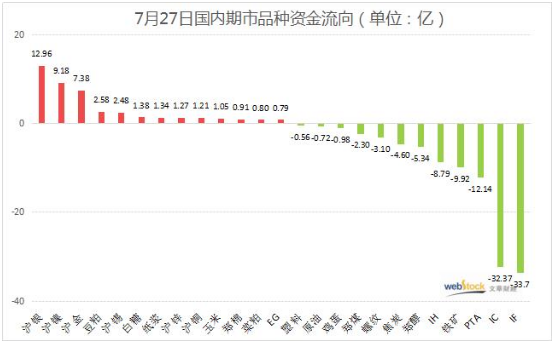 A brief comment on SMM analysts on July 27th

Copper: today, the main force of Shanghai copper opened at 51640 yuan / ton in the morning. After the opening, the bulls increased their positions to pull the short-term rise in copper prices, but there was not enough energy to push up, and the disk fell to 51490 yuan / ton. After exploring the low copper price, it rebounded slightly and arranged horizontally around 51600 yuan / ton. In the second trading session, the center of gravity of Shanghai copper rose somewhat, crossed the daily moving average and climbed the intraday high of 51870 yuan / ton, closing at 51720 yuan / ton at noon. In the afternoon, copper prices fell below the daily average, the center of gravity stabilized at 51630 yuan / ton, and closed at 51600 yuan / ton in late trading, down 200 yuan / ton, or 0.39%. Today, the main contract of Shanghai Copper reduced its positions by 164lots to 113000 hands, mainly for short positions, and the trading volume decreased by 47000 lots to 152000 hands. 08 during the contract day, positions were reduced by 2903 to 69000, mainly by short positions, while trading volume decreased by 24000 to 49000. Today, the overall trend of copper in Shanghai is stable, and the macro aspect is still dragged down by tensions between China and the United States. geopolitical risks have led to a continuous rebound in market risk aversion and pressure on copper prices, but the macroeconomic environment continues to improve. Manufacturing PMI in Europe and the United States rose above the boom-bust line in July, and Shanghai copper was boosted by positive factors of sustained economic improvement. From a fundamental point of view, the mine-side supply problems caused by the South American epidemic still exist. Customs data show that Peruvian copper concentrate imports fell 28.75% in June from a year earlier, and short-term tight mine supply also supported high copper prices. Today, Shanghai copper closed the sun, the upper pressure 5 days, 10 days moving average, in the evening waiting for the outer disk guidelines, test whether Shanghai copper can go up again.