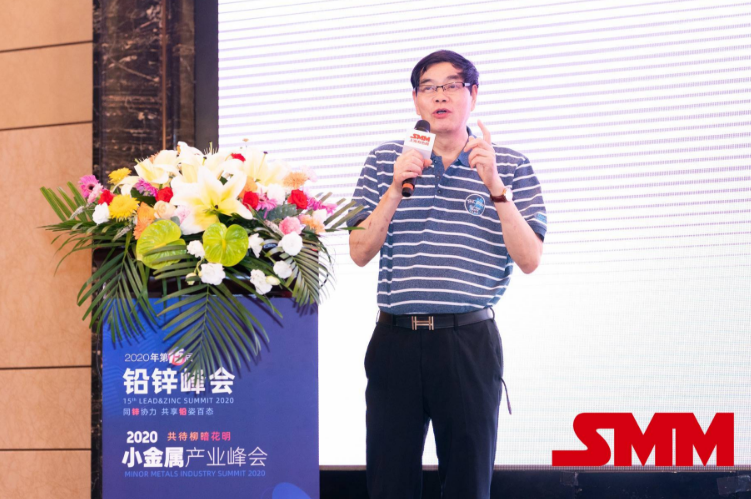 I. the recycled lead and zinc industry is affected by the epidemic.

Li Shilong said that the outbreak of the epidemic after the Spring Festival in 2020 has had a certain impact on the production and life of all walks of life in China; in particular, restrictions have been implemented in the three-industry service industries such as transportation, aviation, tourism, restaurants, catering, schools and factories, such as transportation, aviation, tourism, restaurants, schools, factories and other densely populated areas. At the end of the Spring Festival, the price of lead and zinc was low and the work was weak. Some recycled lead and zinc enterprises had a panic attitude to the trend of the recycled lead and zinc industry, and the bosses' opinions on the prediction of the later stage of recycled lead and zinc were disorderly.

With the strong promotion of the CPC Central Committee and governments at all levels to speed up the resumption of work and production, it is clear that the development direction of grasping the prevention and control of the epidemic on the one hand and resuming production on the other, and most enterprises of recycled lead and zinc quickly organized to resume work and return to production and got out of the doldrums.

During the prevention and control of Xinguan pneumonia, the common problems faced by the lead and zinc industry are as follows:

1. Logistics and transportation is limited, raw material supply and product sales are under pressure at both ends;

2. Personnel return to work is limited, resulting in the resumption of production delay in some enterprises;

3. The operating rate of the downstream terminal consumer industry is insufficient, and the sales pressure of finished products is intensified.

4. The occupation and recovery of material funds is limited, and the financial pressure of enterprises is gradually increasing.

Second, the present situation of the development of recycled lead and zinc industry.

The recycling of waste lead-acid batteries is one of the important areas of secondary resource recycling, and most of the lead in countries all over the world, especially in developed countries, comes from recycling. 90% in the United States, 85% in Japan, more than 60% in European countries, and about 40% in China. China's lead consumption has increased steadily since 2012, but the mine lead production shows a downward trend, which verifies that the gradual growth of lead consumption in China in recent years is mainly supplemented by the recycling of waste lead-acid batteries.

Lead is mainly used in lead-acid batteries. About 80% of China's annual refined lead production is used in the production of lead-acid batteries. Lead-acid batteries contain about 70% metal lead and about 20% sulfuric acid. If they are not scientifically collected and used, it will pose a serious threat to the ecological environment. Once the waste acid seeps into the soil and causes water pollution under it (it is difficult to cure for a hundred years), excessive lead will do great harm to the nervous system and organs of the human body. However, lead has a dual nature, in addition to toxicity, lead is also an important resource, especially recycled lead is an urban mineral resource, which has high utilization value and economic value.

The production capacity of recycled zinc is mainly distributed in Yunnan, Hebei, Jiangxi, Hunan, Sichuan and other places. In recent years, the concentration of recycled zinc industry is also increasing, and large-scale enterprises are developing rapidly. The leading enterprises in the industry continue to integrate resources and expand the scale. After the construction or reconstruction and expansion of some enterprises in 2015, the annual production capacity of more than a dozen enterprises has reached more than 20,000 tons, and some enterprises have reached the scale of more than 50,000 tons.

III. Major national policies and measures for the development of recycled lead and zinc

For example, in January 2019, the Ministry of Ecology and Environment "Action Plan for Prevention and Control of waste lead-acid Battery pollution" and "pilot work Plan for centralized Collection and Cross-regional transfer system for lead Battery production Enterprises", which puts forward new requirements for the prevention and control of waste lead-acid batteries, at the same time, the producer system is raised to specific implementation standards, and inter-provincial transfer procedures are simplified.

IV. Problems that still need to be paid attention to in the development of recycled lead and zinc.

1. To promote the upgrading of recycled lead and zinc enterprises, improving the technical and technological level is the key.

In particular, new standards have been set in terms of technological transformation, upgrading and automation, treatment of the three wastes, and reduction of energy consumption. Recycled lead and zinc enterprises have improved the working environment and sanitary conditions of production, adopted advanced clean production technology and equipment, increased the production scale of recycled lead and zinc, and eliminated enterprises with small production scale and backward equipment.

2. To step up efforts to crack down on illegal activities, and to protect legitimate enterprises is the key point.

In the field of recycled lead recovery, the cost of illegal collection, transfer and disposal of waste lead-acid batteries is still too high, no matter from the ecological environment, market order, damage to health and other aspects, the state should strike a heavy blow. Over the years, the recovery of waste lead-acid batteries is relatively chaotic, illegal recycling smelting is prominent and has the upper hand, which has seriously affected the raw material procurement channels of legal enterprises, resulting in legal and formal enterprises not having enough to eat, no raw material production, and advanced equipment idle. On the other hand, it leads to the waste of resources, the loss of tax revenue (the country) and the destruction of the ecological environment. This situation must be changed.

In particular, new standards have been set in terms of technological transformation, upgrading and automation, treatment of the three wastes, and reduction of energy consumption. Recycled lead enterprises have improved the working environment and sanitary conditions of production, adopted advanced clean production technology and equipment, increased the production scale of recycled lead, and eliminated enterprises with small production scale and backward equipment.

3. It is difficult to dispose of excess capacity of waste lead-acid batteries.

In 2018, more than 60 licensed recycled lead enterprises (also with or without licenses) had a capacity of more than 12 million tons of waste batteries, while 5 million tons of scrapped lead-acid batteries were recycled nationwide that year, and there was a serious problem of surplus. There are several new enterprises. The distribution of recycled lead enterprises is also uneven, mainly concentrated in Henan, Anhui, Jiangsu, Shandong, Hubei, Jiangxi, Hebei and other regions, waste lead-acid battery recycling channels are scattered, there are many intermediate links, there are still small vendors dominate, and the recovery cost is high.

4. the recycled zinc industry lacks due attention, and the regenerated zinc agglomeration area fails to form a scale.

Compared with recycled lead, recycled copper and other industries, the development of recycled zinc industry in China lags behind relatively, so it is necessary to strengthen management and give more policy support from the government level.

Due to the scattered distribution of zinc waste, it is more troublesome to collect, and some recycled zinc factories are also accompanied by distribution, resulting in relatively serious pollution. It is necessary to vigorously promote the management of the park and support the backbone leading enterprises. Like recycled lead, the recycled zinc industry also needs to establish an access system and manage it in accordance with access standards.