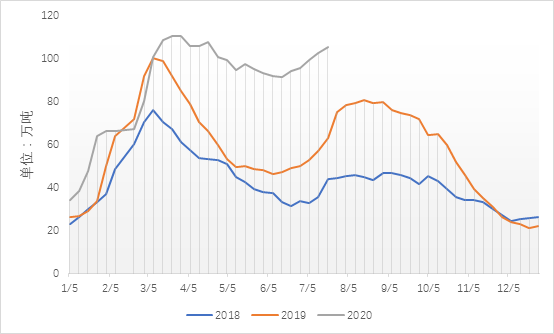 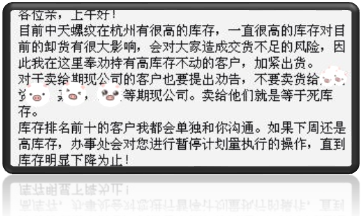 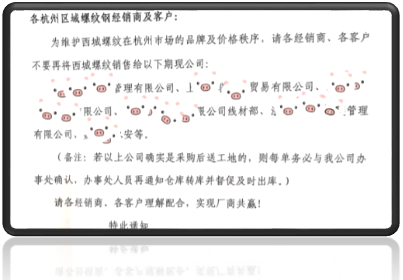 So the question is, when will such a large amount of "zombie inventory" be put on the market? Will it bring pressure on the market price? First of all, the current thread basis situation in Hangzhou is not conducive to the closing and selling of cash companies, but because the basis has been narrowed again and again, the price raised by Shagang Plant is close to the level of thread 2010 contract, and the current basis situation has lower cost and more space than the previous period, so the cash company is more likely to receive goods in the spot market, and as far as SMM knows, the company is gradually collecting goods and building positions in Hangzhou market. There is a certain support for the short-term Hangzhou thread price. Secondly, from a cost point of view, the positive set of profits must reach at least 50 RMB60 / ton, the current company will have the possibility of selling spot positions, if the basis gradually widens, the market profit space appears, then the "zombie inventory" will gradually be put into the market, and under the premise of making a profit, the possibility of selling at a low price is also greater, at that time, there is a high probability that the price of Hangzhou thread will be suppressed. Of course, the high inventory is not the result of a "period". At present, the amount of resources in cities around Hangzhou and resources in Shayongzhong are relatively large in Hangzhou. At the same time, affected by factors such as the rainy season, the terminal demand in East China is relatively general. The difficulty of inventory digestion is also an important reason for the high inventory in Hangzhou market. Although it is more difficult to make a debut than to make a debut this year, the release of "zombie inventory" may cause a temporary crackdown on the spot market price in Hangzhou. However, looking at the transaction situation of building materials across the country, the northern market is not affected by the rainy season, and the demand continues to maintain a high degree of prosperity. On the other hand, the interference of the rainy season in southern China, such as Guangdong, has obviously decreased after late June, and the market transaction situation has also improved obviously. is there any reason for us not to be confident about the explosive demand after the end of the rainy season in Hangzhou? At the same time, considering the high probability of a slight decline in the current thread output, it is expected that the price of building materials in Hangzhou market will remain volatile from July to August. (note: the relevant inventory resources in Hangzhou and the inventory of the cash company all come from the estimation and integration of the market traders and the cash company, for reference only.)