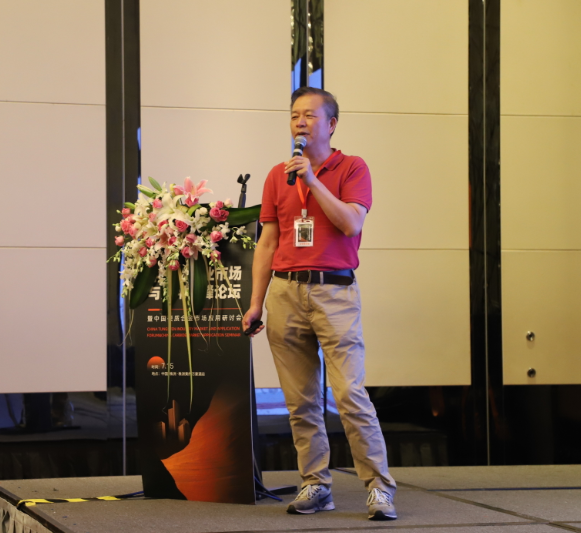 The situation of cemented Carbide Industry in China

In 2019, the output of ball tooth alloy was 4144 tons, considering that the national ball tooth production of Xiamen Jinlu and Zhangyuan tungsten industry reached about 4620 tons, an increase of 27.6% over the same period last year. 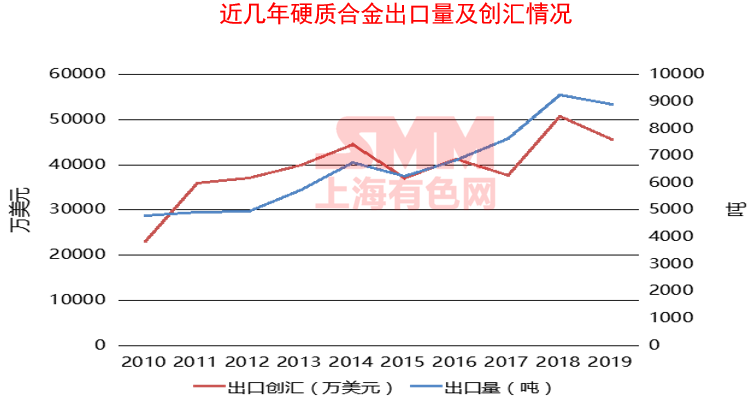 From the analysis of the macroeconomic situation at home and abroad in 2020, the market demand is very severe and dangerous, but there are still many opportunities for industrial development. The annual growth rate of cemented carbide decreases in terms of the overall development of output and sales income, but there is an increase in some products. The growth rate is low before and high after, and positive after negative.

The prices of major raw materials are in the bottoming stage.

At present, the prices of major raw materials are in the stage of repeated bottoming and upward trend in the process of decline. Tungsten prices repeatedly bottomed out in the second quarter after falling in the first quarter, and began to rise in June. It is expected that the second half of the year will fluctuate in a low-level price range, but there will be a sharp rise in tungsten prices in the next three years or so. After the cobalt price fell in March, the price fluctuated repeatedly, and the general upward trend of cobalt price around the second quarter (mainly affected by the epidemic in the Democratic Republic of the Congo (DRC), Zambia and other cobalt suppliers and the obvious reduction in the supply of cobalt ore controlled by the two major companies in the upstream of cobalt. Secondly, cobalt prices are in the area below the cost line for nearly a year) cobalt prices are expected to fluctuate upward in a mid-level price range in the second half of the year.

Production and sales of CNC blades are expected to increase

The automobile manufacturing industry is the largest market for the consumption of CNC blades. Global auto production and sales are expected to decline by 19 million vehicles in 2020 and by more than 21% compared with the same period last year. The number of CNC blades consumed by China's automobile manufacturing industry is about 25000 ~ 280 million pieces per year. About 45% of them use domestic CNC blades, that is, about 115 million. At the end of 2019, the number of civil cars in China was 261.5 million, and the total production of the automobile industry reached a peak of 29.0154 million in 2017 and decreased year by year in 2018 and 2019. It was 25.721 million in 2019, down about 11% from 2017. Car exports hover around 1 million vehicles every year. Affected by the epidemic, automobile production from January to May 2020 was 7.787 million, down 24.1 percent from the same period last year, with an increase of 18.2 percent in May compared with the same period last year. According to the China Association of Automobile Manufacturers released in June, it is estimated that China's car sales in 2020 will fall by 1020% compared with 2019. After the outbreak of New Crown pneumonia and the collapse of oil prices this year, people have a strong desire to buy cars recently, and policies to encourage car consumption are being introduced in superimposed countries and localities. Car production and sales have rebounded rapidly since March, and China's monthly car production capacity has been more than 4 million, so I think China's automobile production can be maintained at 23.5 million steps in 2020.

The import of CNC blades will be greatly reduced, and the replacement rate of domestic blades will be greatly increased. In 2019, China's import volume of blades and cutting tools is 11.1 billion yuan, of which the import volume of CNC blades is about 3.9 billion yuan. First, due to the impact of the epidemic, famous foreign cemented carbide companies have stopped production to a certain extent, coupled with logistics, foreign engineer service flow obstacles or extended delivery time, resulting in a substantial reduction in the number of imported blades; second, China's numerical control blades, intelligent manufacturing and product quality are improving rapidly. Domestic CNC blades are expected to replace more than 20% of last year's imports, that is, an increase of about 800 million yuan in revenue.

The ultra-fine, nanocrystalline and thin-diameter bars used in the electronic information industry are expected to show double-digit growth.

Due to the large-scale application of 5G, AI, big data and cloud computing technology in smart city, digital factory, digital city, digital society and precision intelligent medical devices, the demand for cemented carbide PCB micro-drill and micro-milling cutter is growing rapidly in this industry. China is the world's largest producer of integrated circuits, producing 201.82 billion pieces of integrated circuits in 2019, an increase of 8.9% over the previous year. China is also the world's largest producer and consumer of PCB micro-drills, with an annual production of more than 600 million units, and the Greater China region accounts for more than 60% of the world's PCB micro-drills.

There has been a slight increase in cemented carbide tool bars.

The cemented carbide for mining will decrease greatly.

Due to the impact of the epidemic and the oil price war, the prices of commodities such as oil, copper, aluminum, lead and zinc have fallen, the speed of resource exploration and exploitation has slowed down, the current market demand has declined, and at the same time, mining cemented carbide and tools have been destined to be stockpiled, which is bound to cause a substantial decline in alloys in 2020.

The export volume and export income of cemented carbide are expected to decline by double digits.

The benefits of the industry are expected to be divided, the total sales revenue will decline, and the profits will be flat or slightly lower.

2020 is an era when great changes in the world really take place. After completing the first half of the original capital accumulation through demographic dividend and market dividend, China's economy has entered the second half of industrial upgrading and development driven by capital and innovation. The second half of creating and releasing individual and innovation team dividends to achieve social value is a great era, everything is shuffling, everything is awakening.

We can no longer look at China with traditional thinking. China is walking on an unprecedented road. All traditional and classical economic theories are not suitable for the economic development of contemporary China at all. China is eliminating people and enterprises that rely on privileges, resources, temporary opportunities and rigid thinking. The pain of industrial transformation and upgrading has reached a climax. After surviving the labor pains, a new life is born. After climbing out of the trough of economic fluctuations, it is bound to reach a new peak.