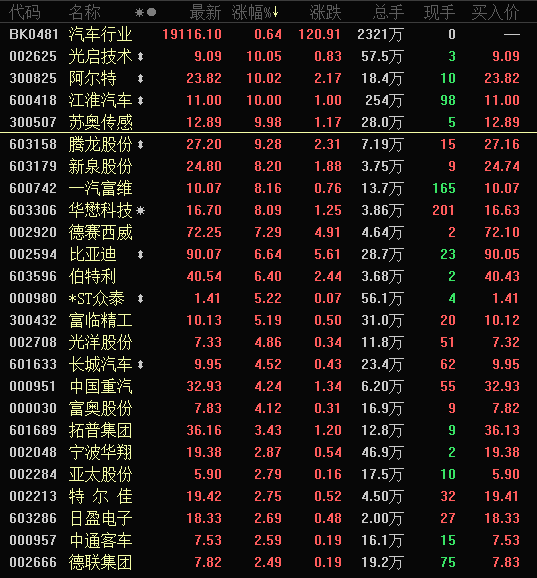 With the domestic epidemic situation under control and enterprises returning to work and production one after another, the overall domestic passenger car market has achieved slow restorative growth for four consecutive months. Driven by various factors of national policy, automobile production and sales data in June achieved the expected results, automobile sales continued to pick up obviously, market sentiment was repaired, and the overall macro environment was better, driving a strong trend of automobile stocks.

Recently, Jianghuai Automobile released auto production and sales figures. JAC auto sales in June this year were 41400, up 30.37% from the same period last year. JAC auto sales in the first half of the year were 209400, down 10.97% from the same period last year. Commercial vehicles are developing rapidly, passenger vehicles are improving actively, and the growth momentum is becoming stronger and stronger.