SMM: a few days ago, it was reported that Weilai will receive a joint credit of RMB 10 billion from six major banks, and will hold a credit signing ceremony at the Weilai advanced manufacturing base in Hefei on July 10, 2020. After hearing the news, Weilai officials said that the official release of Weilai would prevail and did not comment on the news. 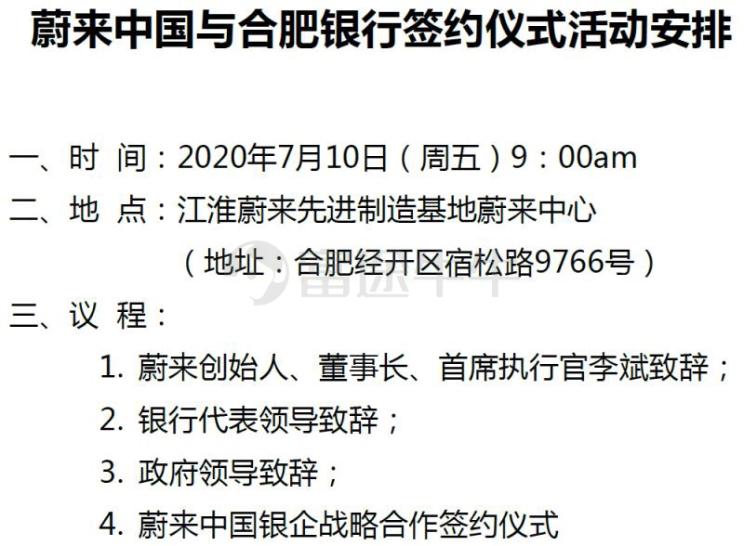 Although Weilai did not give a clear answer to the news of Bank Credit 10 billion, documents about the event arrangements for the signing ceremony between Wei and Hefei Bank in China have begun to circulate on the Internet. It can be seen in the documents that the signing time is 9: 00 a.m. on July 10. Li Bin, founder and CEO of Lulai, bank representatives and government leaders will be present at the signing site.

It is worth mentioning that last year, Tesla also received a credit line of 10 billion yuan from Chinese banks, and used this amount to build Tesla's Shanghai factory and improve the operation of Tesla's business in China. Tesla received the loan at a low interest rate, so if the news is true, Weilai China will also receive large bank loans at lower interest rates in the future to help its new product research and development and business operations.

Weilai
the line of credit