After the completion of the new project of Zhongke Sanhuan Ganzhou Base, it can produce 5000.00 tons of sintered NdFeB blanks of various specifications annually, and finally form an annual production capacity of 3200.00 tons of sintered NdFeB magnets. In this project, 32 new buildings of various types (including land-weighing rooms) are built, with a construction area of 74400 square meters, including 10 new production plants with a construction area of 59100 square meters. The construction period of the project is 3 years. After the project reaches production, the annual additional sales income is 1.216 billion yuan, the total annual profit is 139 million yuan, the financial internal rate of return of the project investment is 19.97% (after income tax), the financial net present value is greater than zero, and the investment payback period is 7.05 years (including 3 years of construction period).

NdFeB magnet is the third generation rare earth permanent magnet, which has the advantages of high magnetic energy product, coercivity and high energy density, and has been widely used in modern industry and electronic technology. At present, there are two production processes of NdFeB magnet materials-sintered NdFeB and bonded NdFeB. Bonded NdFeB is magnetic and corrosion resistant in all directions, while sintered NdFeB is generally divided into axial magnetization and radial magnetization, which has a wide range of applications, but it is easy to corrosion and needs surface treatment.

Southern rare Earth is one of the six major rare earth groups approved by the State Council, is the core member of "China rare Gold Valley", is one of the largest medium and heavy rare earth production and management enterprises in China, and has strong strength in the field of rare earth production and trade. The company's main business includes investment in the rare earth industry (not allowed to engage in national financial, securities, futures and financial credit business such as deposit absorption, fund-raising and collection, entrusted loans, etc.), management and authorization within the scope of state-owned assets operation and management of the rare earth industry. (for projects that must be approved according to law, business activities can only be carried out after being approved by the relevant departments. ) 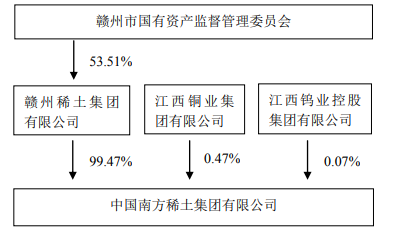