CST
translation
Source:SMM
In July 2020, the price of electrolytic manganese integral steel decreased by more than 650 yuan / ton compared with the previous month.

According to SMM, as of Wednesday, most domestic steel mills had basically determined the bidding volume and pricing of electrolytic manganese, manganese ingots and manganese balls in July. The overall purchase price showed a significant downward trend compared with June, of which the overall decline revolved around 600mil 850 yuan / ton. In addition, some steel mills have not yet finalized the July steel bidding price. At present, manganese triangle and some manganese factories in Guangxi region are in production. The transaction range of quasi-spot negotiations falls at about 9800 yuan / ton, and many operators still hold a weak attitude towards manganese prices in the later period.

Recently, some areas of the manganese triangle have experienced heavy rainfall, and the more serious areas are in Chongqing and Guizhou. Some market participants say that it has caused varying degrees of short-term impact on local ore mining and cargo transportation. Therefore, mining production has been suspended in individual factories for a short time, and the specific impact still needs to pay attention to the actual production changes of manufacturers in various regions. 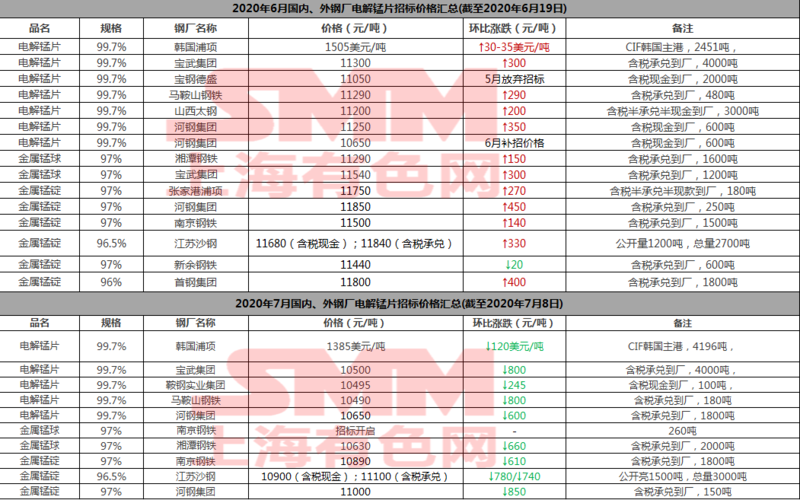