A total of 2.99 million cases were confirmed in the United States and officially withdrew from WHO on the 6th.

Since mid-late June, with the gradual implementation of the US economic restart plan and a large number of demonstrations on racial contradictions triggered by the "death of Black Freud" incident, the epidemic in the United States has gradually begun to enter the second round of rapid growth, and the spread of express delivery exceeds the first round. On the 7th, 60,000 new cases were recorded in the United States in a single day, the highest increase in a single day. The "turning in the wrong direction" epidemic in the United States continues to cause people to worry about the world health situation.

A total of 1.66 million cases were confirmed in Brazil, and the President of Brazil tested positive for the new crown virus.

According to epidemic data released by Johns Hopkins University in the United States, as of 16:00 on July 8, a total of 1.668 million cases and 66741 deaths have been confirmed in Brazil. On July 7, there were 45000 new confirmed cases in Brazil, and on the 7th, the CNN Brazil channel reported that Brazilian President Bosonaro tested positive for the new crown virus. So far, the number of confirmed new crown cases in Brazil continues to grow at a rate of about 30,000 a day, and there are no signs of easing the inflection point.

The global epidemic is becoming more and more serious, and India's diagnosis goes straight to the 1 million mark.

The global epidemic situation is becoming more and more serious. A total of 740000 cases have been confirmed in India, with a steady upward trend in a single day, reaching the level of more than 20, 000 new confirmed cases in a single day during the high spread period of the epidemic in the United States and Pakistan, and is still on the rise. Some Indian media predict that the cumulative number of confirmed cases in India is likely to exceed the 1 million mark in the next 10 days. In addition, Brazil, Peru, Chile, Mexico and other South American countries ranked 2nd, 5th, 6th and 8th in the world, respectively. Central and South America has become the largest epicenter of the global epidemic. 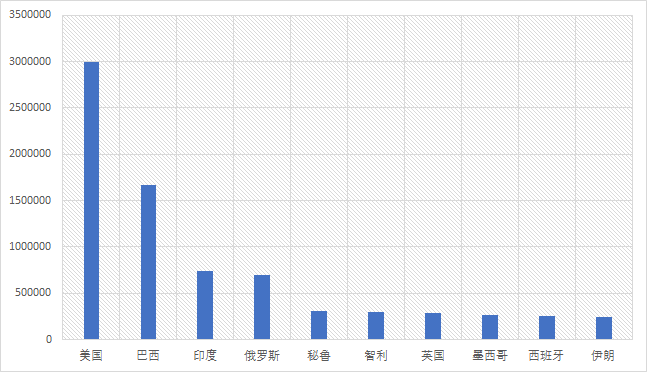 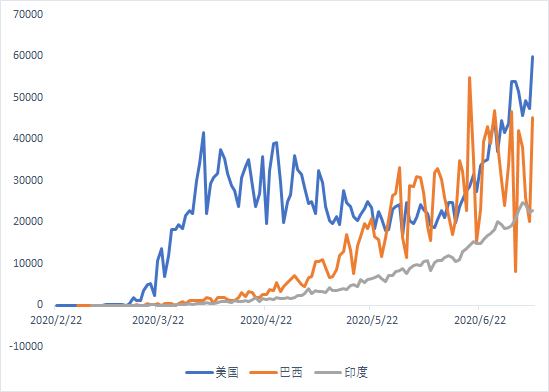