CST
translation
Source:SMM
[Shanghai Aluminum once again stands on the Wansi pass after five months] Shanghai Aluminum's main 2008 contract opened high, and the intraday high once touched 14050. SMM believes that fundamentals continue to be strong to go to the warehouse, coupled with short-term consumption can still form support for Shanghai Aluminum, capital speculation is also one of the reasons.

Recent strong performance of Shanghai Aluminum, 1) on the macro level, statistics bureau data show that China's official manufacturing PMI 50.9 in June is higher than expected 50.5 and the previous value of 50.6. PMI data show that China's production has basically recovered, external demand has also bottomed out, and the central bank recently cut the rediscount rate by a quarter of a percentage point to 2 per cent. It also cut the financial stability re-lending rate by 0.5 percentage points, reduced the financing costs of the real economy, and focused on supporting the resumption of work and production.

2) the fundamentals continue to be strong, coupled with short-term consumption can also form a support for Shanghai Aluminum.

3) from the analysis of market sentiment, capital speculation is also one of the reasons.

In addition, the gap between warehouse receipt inventory and inventory required for delivery is too large, there is a long squeeze in the market is expected to also pull up aluminum prices. 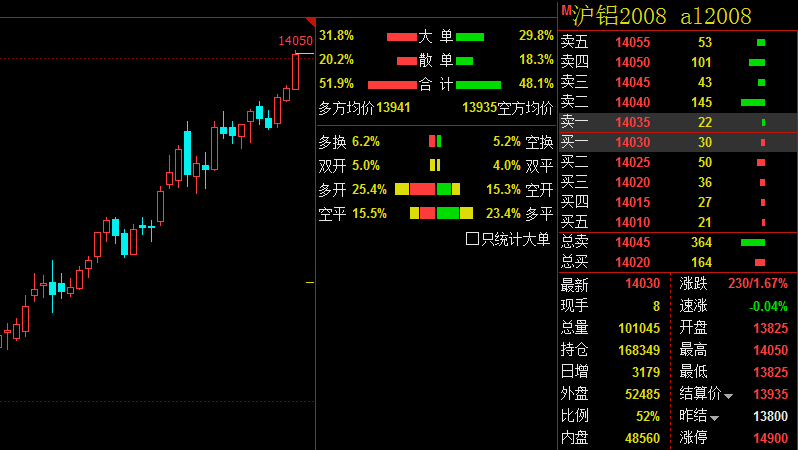