SMM5 March 27: since late February, aluminum prices began to fall, COVID-19 led to a decline in global aluminum demand is one of the reasons.

Since the outbreak, the downstream industries of aluminum, such as the automobile industry, have collapsed. It had been predicted that 16 million cars would be sold in the United States in 2020, but the figure is now thought to be less than 12 million.

In response, Aludyne Inc., a global aluminum chassis manufacturer headquartered in Michigan, It is about to cut 250 jobs in Michigan and Georgia.

Alcoa (Alcoa Corp.) also said it would close its smelter in Findale, Washington, and lay off 700 employees. The aluminium giant said it was cutting global smelting capacity in half. 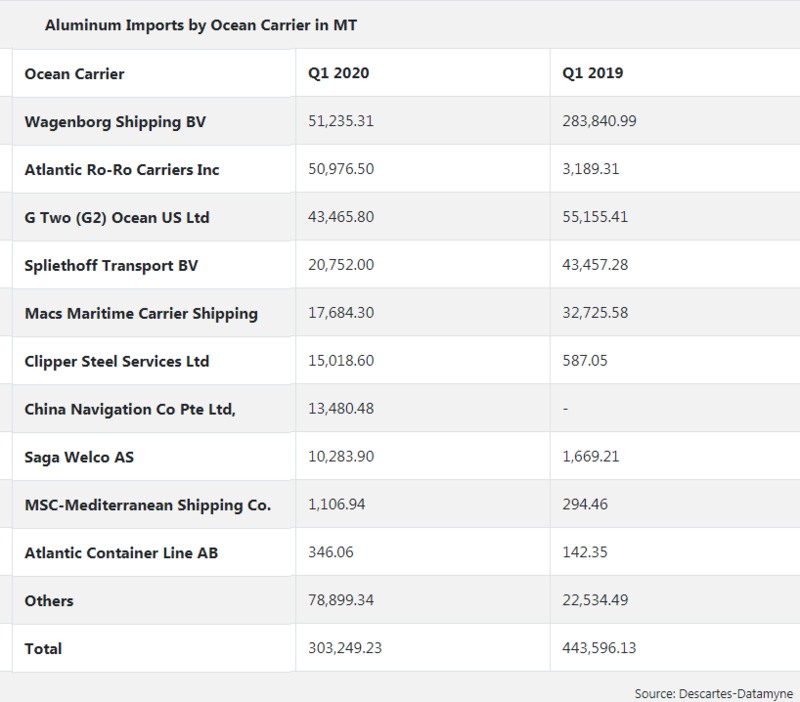 Aluminum imported by the United States through ports (tons) 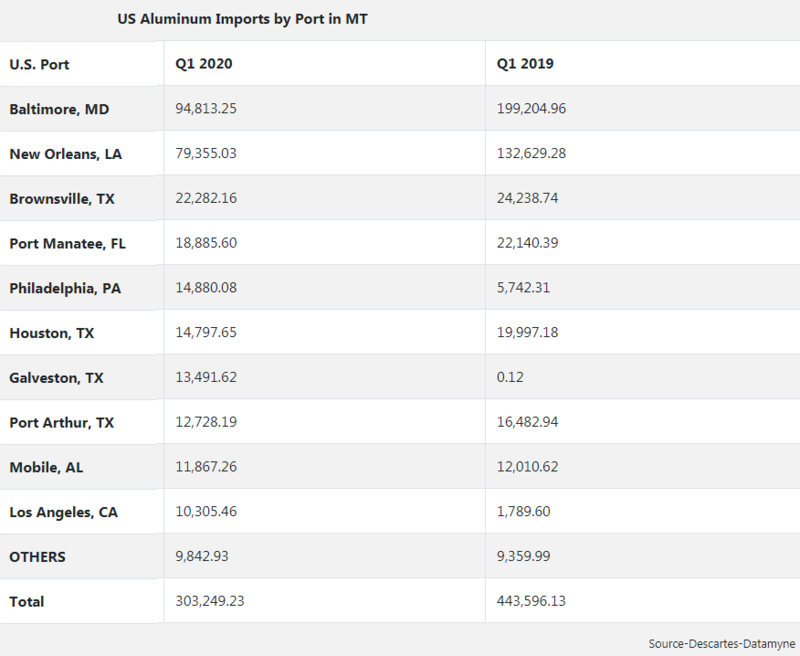 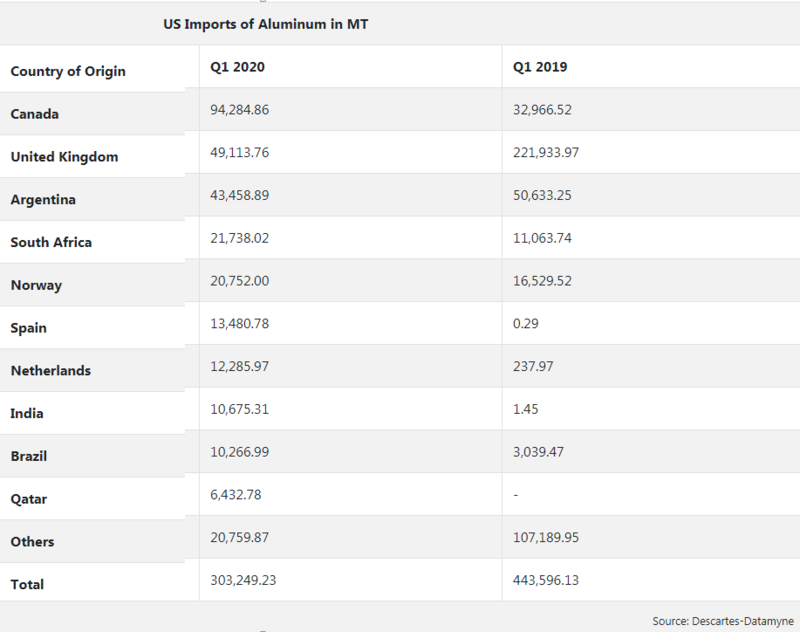