Shanghai market: from the perspective of incoming volume and spot price trend, recently, by the volume of goods continued to be low, market supply pressure significantly alleviated support, spot prices continued to rebound.

However, it is worth noting that because the actual terminal demand in the market is not particularly strong, coupled with their own inventory pressure, it is difficult for short-term spot prices to rise significantly and rapidly. This also leads to its short-term difficult to pull away from the northern market prices, the volume of goods will remain low in the short term, until the inventory digestion is considerable, the spot price in the market has the driving force to continue to rise, and then promote the north-south price gap to gradually return to normal. 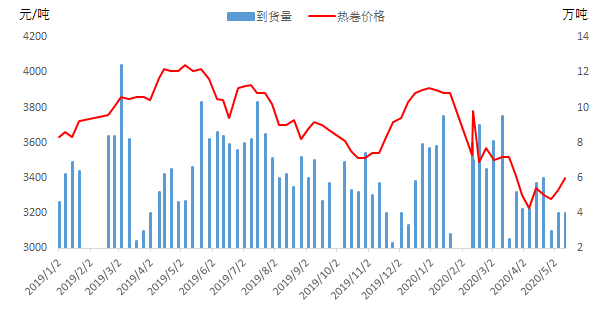 Happy from the market: similar to the Shanghai market, affected by the north-south price difference, the volume of goods arrived at a low level, spot prices by this support to continue to rebound. However, unlike this market, the terminal demand in the market is relatively strong, hot rolling inventory continues to decline, some of the faster circulation specifications, the emergence of tension, prompting traders to cherish the sale and offer prices more willing, spot prices pull up a larger range.

At the same time, driven by the warming demand of cars, household appliances and other terminals, the market cold rolling prices rose rapidly (as of press time, pulled up about 200 yuan / ton). To promote the profit of the cold rolling mill to pick up from the early stage, the production enthusiasm will gradually restore, will also lead to the recovery of some hot rolling demand, so as to pull the hot rolling spot price. Therefore, it is expected that the hot rolling price in the market in May is expected, and the recovery of the price difference between the north and the south is just around the corner. 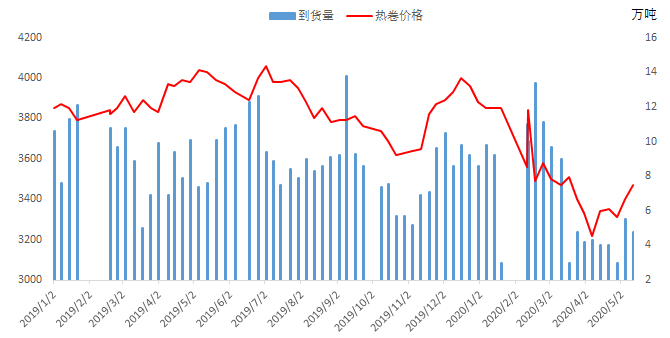 Tianjin market: the recent point of view of the market is still relatively clear, in the near future, the volume of arrival continues to be higher than the conventional level, the actual terminal demand is lower than the previous period, and the heat of market transactions has dropped significantly recently, but the volume of steel mills has only increased. Therefore, it is expected that the spot price of the market will gradually show a weak trend under the suppression of high supply. 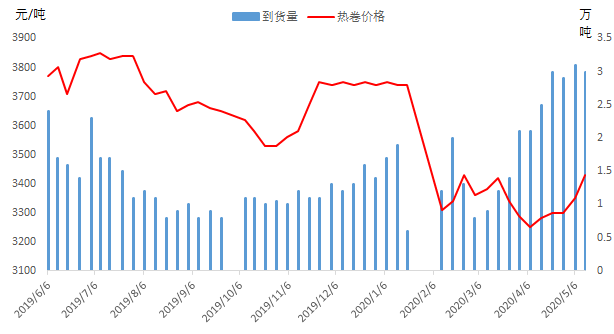