In April, the domestic sulfuric acid consumption improved obviously, and the acid prices everywhere recovered. Most of the areas except North China are no longer sold at discounted prices, which has alleviated the production pressure on domestic refineries, but the price is still far from the cost of acid production. On the other hand, due to the major overseas mining countries, especially Peru, which were greatly disturbed by the epidemic in April, copper concentrate shipments declined, and refineries are generally concerned about the supply of subsequent raw materials, and there has also been an increase in maintenance plans in the second quarter, which may have an impact on electrolytic copper production in June and July. 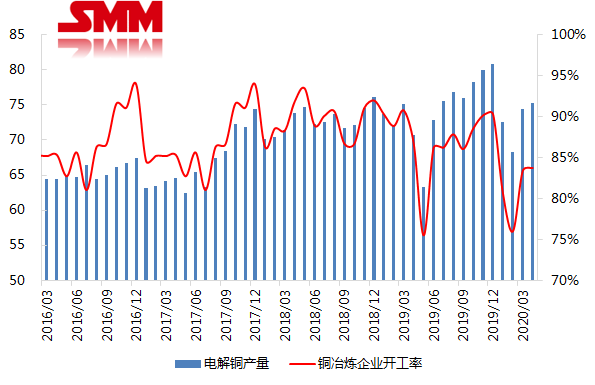