SMM5 on March 7: the dollar index continued to rise yesterday, breaking through the 100th mark for four consecutive gains. The US intends to restart the economy and the market is betting that the US economy will recover faster than Europe, while the German Constitutional Court has ruled that some parts of the ECB's quantitative easing programme are not supported by EU treaties, suppressing the euro and supporting the dollar. The majority of Lunpan metal rose, Lun copper rose 0.82%, Lun aluminum fell 0.5%, Lun Zinc rose 3.49%, Lun Ni rose 2.54%, Lun Xi rose 0.1%, Lun lead fell 0.27%; in the domestic market, Shanghai Copper rose 0.45%, Shanghai Aluminum 0.08%, Shanghai Zinc 1.34%, Shanghai lead 1.02%, Shanghai Nickel 2.42%, Shanghai Tin 0.18%, Thread 0.68%, stainless Steel 1.96%. Us President Donald Trump has once again sent a strong signal to restart the economy, saying in an interview that "some people may die" after states lift restrictions aimed at curbing the spread of the new crown virus, and acknowledged that this is the choice made by the United States to reopen and restart the economy. [Lido]

Gold futures closed down on Wednesday. The stronger dollar and the unwinding of many economies around the world have reduced safe-haven demand for gold. Gold futures for June delivery fell $22.10, or 1.3%, to close at $1688.50 an ounce on the New York Mercantile Exchange.

Crude oil futures closed lower on Wednesday, ending five consecutive days of gains in U. S. benchmark crude prices. In spite of lower-than-expected growth in US crude inventories last week and a decline in domestic crude production, concerns about tighter oil inventory capacity are still weighing on it. The US Energy Information Administration (EIA) reported on Wednesday that US crude oil inventories rose less than expected last week. (WTI) futures for June delivery on the New York Mercantile Exchange fell 57 cents, or 2.3%, to close at $23.99 a barrel. 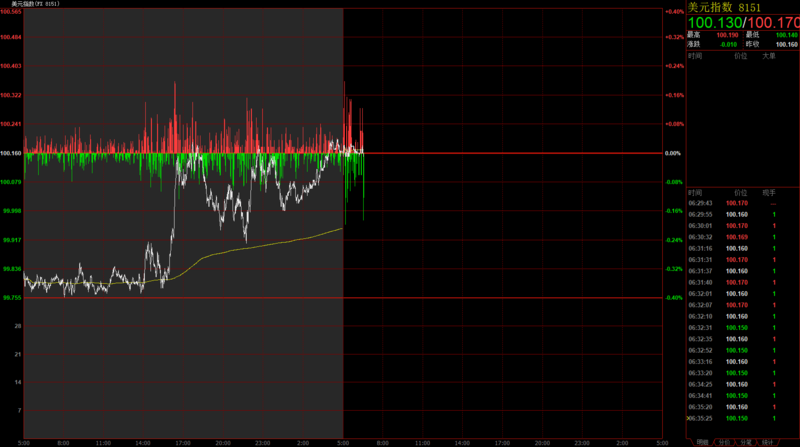 Financial blog zero hedging comments on US API data for the week: although API data show that US crude oil inventories rose more than expected last week, WTI crude oil futures continued to expand. Oil prices have been rising in recent days as markets have become more optimistic about a restart in demand for crude oil and Genscape has reported an increase in inventories in the Cushing region. The spread between the June and July futures contracts of WTI crude narrowed to its narrowest in more than a month, in a sign that concerns about a glut of crude oil are dwindling. Bill O'Grady, chief market strategist at Confluence Capital Management, said the main problem is that concerns about the crude oil storage crisis have diminished and crude oil production is expected to begin to decline rapidly.

Financial blog zero hedging EIA data of the week in the United States: the two oil companies fell in the short term after the release of ADP data in the United States earlier, as the market continued to worry that the impact of the epidemic on crude oil demand may be longer than expected. Most analysts do not expect crude oil demand to return to pre-epidemic levels for at least a year. EIA data showed that U. S. crude oil inventory growth was lower than expected, and domestic crude oil production decreased, WTI crude oil rose in the short term. This week recorded an increase in U. S. crude oil stocks for the 15th consecutive week.