SMM5, June 6: the dollar index continued to rise yesterday, although more and more dollars are circulating in the market, limiting the dollar exchange rate to strengthen. But demand for dollar liquidity in other countries has supported the dollar, such as Singapore and South Korea, where the HKMA has injected dollar liquidity into local financial markets, mainly through the use of $60 billion currency swap lines with the Federal Reserve. Lunpan metal rose, Lun copper rose 0.92%, Lun aluminum rose 0.37%, Lun Zinc rose 1.03%, Lun Ni rose 1.95%, Lun Xi rose 0.4%, Lun lead rose 0.58%. And news of the gradual lifting of the blockade in the United States and Europe, the restart of the economy and the rapid research and development of coronavirus vaccines have boosted market sentiment. U. S. President Donald Trump is considering tax cuts for businesses in the next stimulus package. Crude oil futures prices soared, with US oil up more than 20 per cent.

The price of crude oil soared on Tuesday. Us June WTI crude oil futures closed up 20.5 per cent, rising for the fifth day in a row. London Brent crude rose 13.9 per cent to close at $31 a barrel. The Organization of Petroleum Exporting countries (OPEC) and its allies (OPEC+) have implemented a new production reduction agreement since May 1, first cutting its production by 9.7 million barrels per day in May and June. [Lido]

Gold futures closed down on Tuesday. Bullish expectations of the gradual lifting of commercial restrictions in the United States and Europe and the rapid development of coronavirus vaccines have weighed on gold prices. Gold futures for June delivery fell $2.70, or 0.2%, to close at $1710.60 an ounce on the New York Mercantile Exchange. 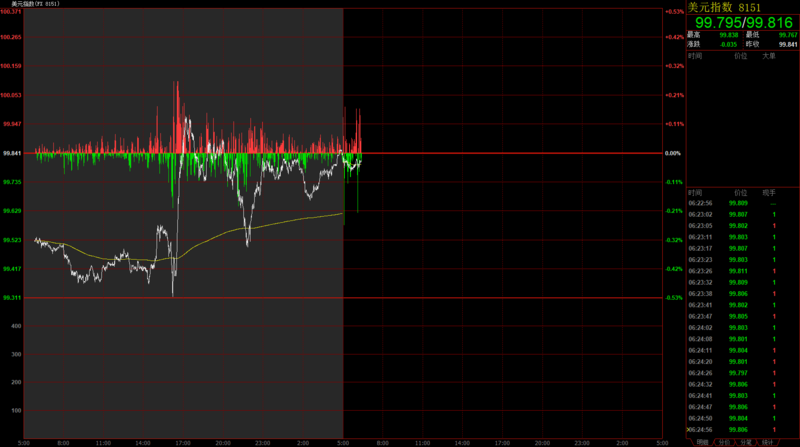 In April, the US ISM non-manufacturing PMI showed that the US business activity, new orders and employment index fell to the lowest level since the 1997 data began.