CST
translation
Source:SMM
[SMM interview point of view] Everbright Futures Exhibition Dapeng: affected by the inflexion of the epidemic in Europe and the United States, financial market volatility may still amplify market panic, coupled with industrial supply adjustment is still "small" difficult to effectively resist the decline in industry orders, prices are expected to continue to operate under pressure in April, do not rule out the possibility of bottoming out 15-year lows.

SMM4 month 1: the recent Shanghai and Lun aluminum are large leakage, Lun aluminum is not only falling repeatedly to create new lows step by step close to the 2015 low. Under the escalation of the overseas epidemic situation, the hidden advantages of the market continue to intensify, what is the trend of Shanghai Lun aluminum in the later stage? On this topic, SMM interviewed Everbright Futures senior analyst Zhan Dapeng.

Zhan Dapeng believes that the possibility of further exploring the 2015 low will not be ruled out for the following reasons. Please also think about it together:

1. At present, investors have gradually realized the overall contraction of the global economy caused by the epidemic and the liquidity crisis caused by the collapse of US stocks. The non-ferrous trend has also been interpreted in accordance with the financial crisis model, entering a vicious circle of squeezing profits from the bottom up. In this case, static cost support is vulnerable, and the market mostly uses dynamic costs to measure whether prices are "reasonable."

2. The dynamic cost mainly considers the two major costs of mine and power. Considering that the mine cost is of little significance, the quotation is often accompanied by the market; in the power cost, the self-provided electricity is mainly thermal power generation, compared with the comparative price of crude oil and thermal coal, the downward compression of thermal coal can be a phenomenon; the government of non-self-owned power enterprises will adopt appropriate subsidy policies to help enterprises out of difficulties. Coupled with supply-side reforms in recent years, no-cost advantage capacity has been substantially replaced to the "medium-and low-cost range", the pressure capacity of the current built capacity is actually higher than in 2008 or 15 years. Therefore, it seems that the electrolytic aluminum enterprises have all been in a state of no profit, but in fact there is still room for compression.

3. Supply rigidity is still a weakness. According to the past experience, the electrolytic aluminum enterprises reduce the production, because the particularity of the device is mainly "nominal production reduction", the span period is from 7 days to 15 days. Enterprises take the initiative to reduce production is not good, wait-and-see mood is stronger. Unless you are aware of the "mistake", it can be considered that production cuts have little impact on supply. This "error" can be interpreted as a deep loss and lasts longer (more than a quarter).

4. Affected by the fact that the epidemic situation in Europe and the United States has not yet reached an inflection point, the volatility of the financial market may still amplify the market panic, coupled with the fact that the adjustment of industrial supply is still "small" and difficult to effectively resist the decline in industry orders. Prices are expected to continue to operate under pressure in April, and the possibility of bottoming out at a 15-year low is not ruled out. From the enterprise level, the current way to deal with the financial crisis, to protect cash flow is the most effective way to deal with the crisis, do not expose risk exposure, do not participate in market speculation, take the initiative to shut down high-cost production capacity, take the initiative to postpone the subsequent production capacity investment. 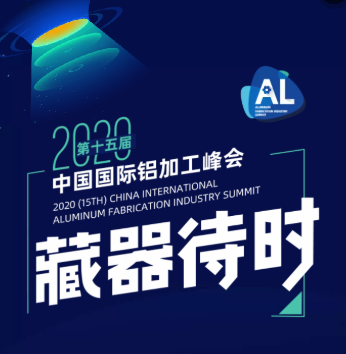