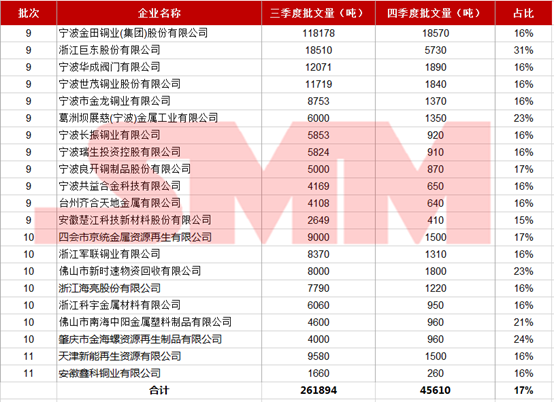 In the first half of 2019, China imported 732000 tons of scrap copper, an increase of 17 percent over the same period last year, or about 106000 tons of metal. Since the implementation of the scrap copper approval policy in July, waste copper imports have dropped from about 180000 tons per month to about 130000 tons per month, a month-on-month reduction of nearly 1 / 3, and also began to decline from the same period last year. It is expected that subsequent imports will continue to shrink, and waste copper imports in the fourth quarter are not optimistic.