What is crude copper:

Crude copper is about 60% copper matte converted from copper concentrate and about 98.5% copper after blowing in a blowing furnace (converter or flash blowing furnace). Its rough appearance contains pores, which gives it its name, also known as "bubble copper" (English name: Blister Copper). Among them, crude copper is divided into standard crude copper with an average grade of 98% and sub-crude copper with an average grade of 80%, commonly known as black copper or crude copper ingots, which is made from low-grade scrap copper and is used as a supplement to scrap copper raw materials. 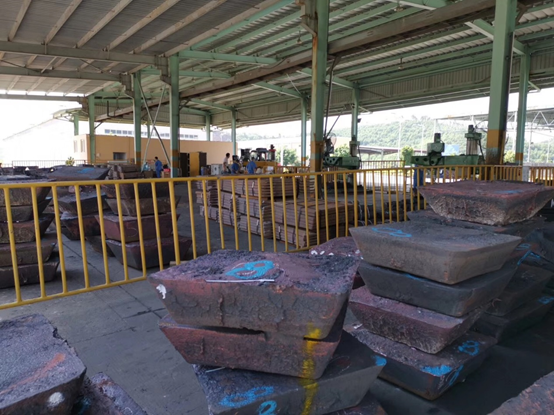 In the process of converter blowing, the grade of crude copper should be judged according to the end point, and the grade of crude copper should be controlled at 97.5% and 99.5%. After redox in the anode furnace, after removing the residual impurities such as lead, zinc, sulfur and iron in the copper, the crude copper is cast into an anodic copper plate to produce electrolytic copper in an electrolytic cell. It can also be cast into copper ingots for processing to make rods, plates, tubes, wires, strips and profiles. The gold and silver and some impurities contained in the anode plate are precipitated at the bottom of the electrolytic cell in the process of electrolysis, which is called "anode mud", which is used to extract gold and silver and so on. In the copper industry chain, the crude copper processing fee is the treatment and refining cost of converting crude copper into electrolytic copper in the process of copper smelting, which represents the cost of electrolytic copper refining in the smelter. Like TC of copper concentrate, it can reflect the relationship between supply and demand of crude copper. In addition to monitoring the raw material side of the market, for some copper smelters with only rough refining or refining links, the change in crude copper processing fees also reflects changes in production costs and profits, such as the reduction in crude copper processing fees this year, the superposition of this year's reduction in copper concentrate TC, the fall in sulfuric acid prices, and the threat to the living environment of domestic smelters. According to SMM, At present, some small refineries have been shut down because of cost pressure, and for some large state-owned enterprises, the cost of shutting down production is even heavier and can only move forward against the current. Therefore, the crude copper processing fee also plays an important role in understanding the production environment of domestic smelters.

Sources of crude copper in China: 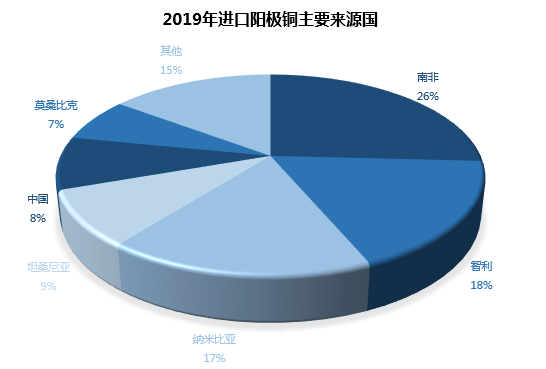 Demand for crude copper will continue to grow in the future

According to SMM, the domestic demand for crude copper is still growing, mainly because smelters will continue to release new expansion capacity in the second half of this year, with an estimated capacity of about 300000 tons, but due to the increasingly tight supply of copper concentrate, stimulating market demand for intermediate products. In addition, the import volume of scrap copper is expected to shrink in the fourth quarter, and the current situation that the crude copper market is in short supply is difficult to ease in the short term.