This week, the domestic selenium market consumption is weak, the same supply-side holding mentality is stable, the overall market participation is also obviously depressed, the quotation is flat within the week.

Two selenium: the domestic electrolytic manganese market has been stable for a long time, and the price of two selenium has stabilized for a long time, so that the purchasing mentality of manganese factory is certain, and the raw material crude selenium of two selenium suppliers is not much cheap, and the holding cost can not be reduced. Therefore, the quotation insists that the market inquiry order is limited, and the price increase atmosphere cannot be achieved. Therefore, the transaction price of selenium dioxide is unchanged at 85 to 90 yuan / kg during the week. 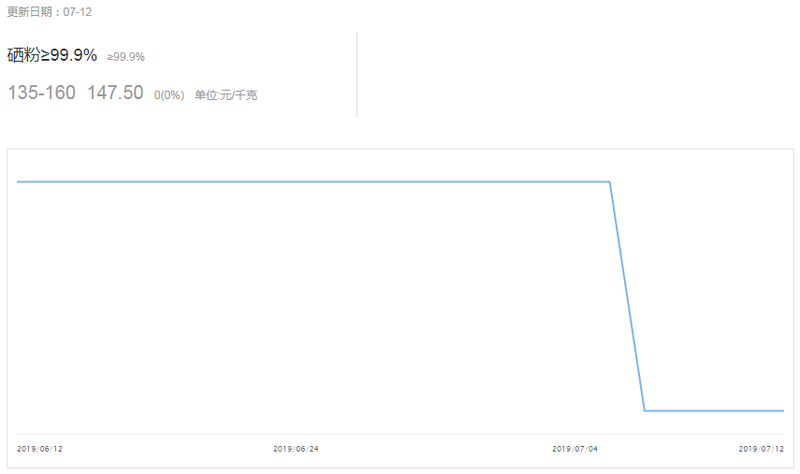 "check out the historical price of exclusive selenium in SMM

Summer break import and export is still dominated by long single execution, short single trading is relatively light, selenium powder is still in a weak and stable. Electrolytic manganese consumption has a weak performance, the second selenium transaction is expected to be difficult to enlarge, the price will remain stable next week. Copper enterprises crude selenium brewing willingness to ship, of course, but also need to see whether the price negotiations are acceptable, it is estimated that the fluctuation is limited.