According to data from yesterday's solid waste Chemicals Management Network, the first batch of applications for imported waste aluminum in July was only 5.43 tons, including 16 enterprises, all of which were Zhejiang enterprises. The specific data are as follows: 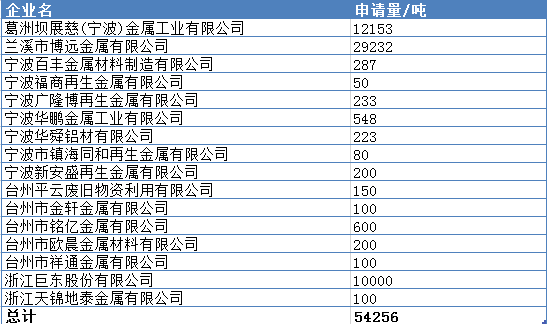