Today, the Ministry of Ecology and Environment announced the national air quality situation in May and January-May 2019. According to the announcement, in May 2019, the average proportion of fine days in 337 cities at and above the prefecture level in China was 82.2 percent, down 4.1 percentage points from the same period last year. Among them, the proportion of average rainfall days in Beijing, Tianjin, Hebei and the Yangtze River Delta region decreased the most from the same period last year, reaching 9.7 percent and 10.1 percent, respectively. In addition, the Ministry of Ecology and Environment released a ranking of 168 key cities with relatively good and poor air quality.

Among them: 168 key cities ranked in the top 20 and bottom 20 cities in May 2019 (source: official website of the Ministry of Ecological Environment) 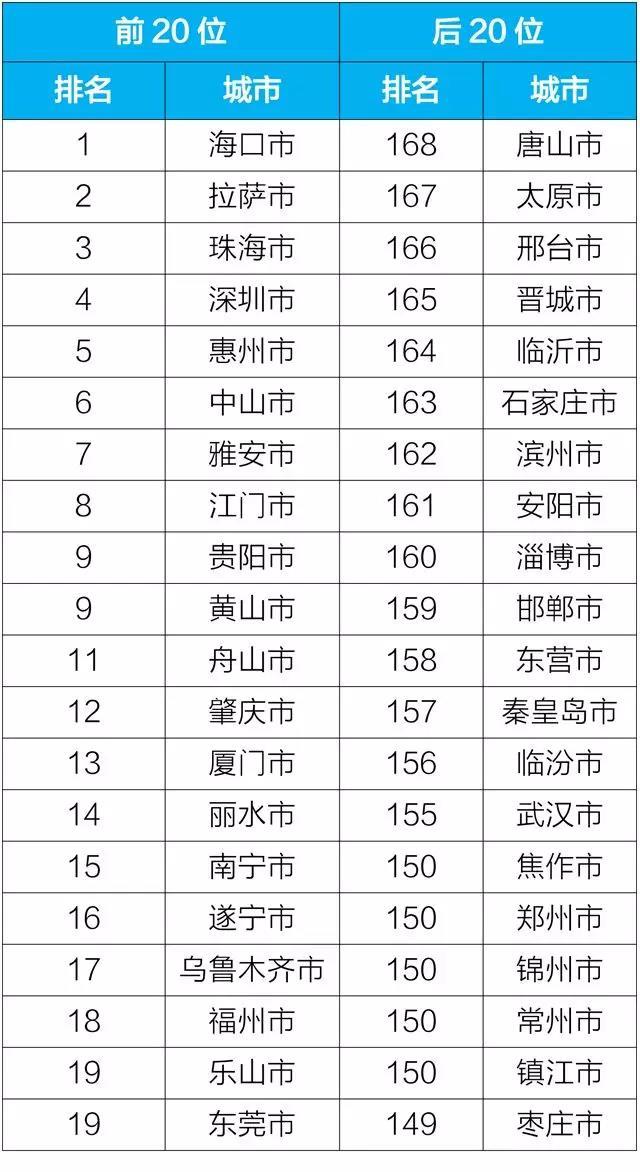 List of 168 key cities in the top 20 and bottom 20 cities from January to May 2019 (source: official website of the Ministry of Ecological Environment) 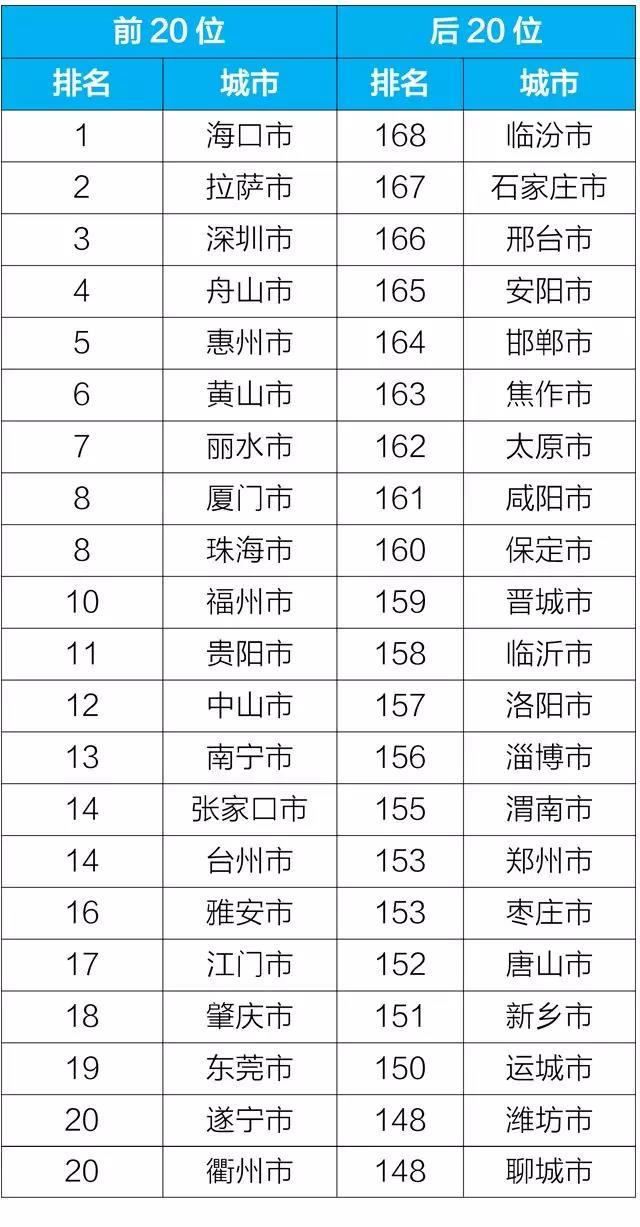 According to the list, the air quality in North China is still relatively poor. Under the policy call of "starting the Blue Sky Defense War," on June 13, the Ministry of Ecological Environment interviewed some provinces and cities such as Hebei, Henan, Shanxi, and other provinces and cities on the comprehensive intelligence problem of air pollution in autumn and winter from 2018 to 2019, and signs of tightening air pollution prevention and control work began to appear in Hebei Tangshan and other areas. Fengnan and Fengrun District have issued relevant production restriction policies, and the billet rolling mill in Fengrun District has all stopped production, and according to SMM research, Feedback from steel mills in Tangshan area, the current environmental protection and production restrictions in the city have become stricter, and as a result, the production equipment of some steel plants has been restricted. This wave of "environmental protection and production restrictions" will cause certain disturbances on the steel supply side. In addition, when the steel prices fall and the raw material prices are relatively strong, the profits of steel mills are sharply compressed, and some steel mills are already on their way to repair or reduce production, and the supply may drop somewhat.

Since late April, steel prices have been down all the way (year after year high (May 5 national 4212.7 yuan / ton,) so far, the price has continued to fall 292.7 yuan / ton to 3920 yuan / ton), the market mood is depressed, the merchant view to the future market is on the short side, SMM steel has carried on the research on the existing inventory, mentality, profit and so on of the steel mill. According to SMM research, the short process steel plant is basically on the edge of profit and loss or even in the state of loss (according to the SMM data model, based on the price of 2230 yuan / ton of scrap steel including tax, as of June 17, the profit of the electric arc furnace steel plant was-20 yuan / ton), while the long process steel mill still had a profit of 100 to 300 yuan / ton (according to the SMM data model, calculated by 109.3 US dollars gold mine, as of June 17). The profit of long process steel plant is 206 yuan / ton); In terms of inventory, a number of steel mills feedback that their factory warehouse is basically kept at a normal or normal high level, and the shipping pressure is not too great. In terms of mentality, steel mills generally feedback that although the demand for building materials is inevitably disturbed by high temperature and precipitation, there is still some resilience in demand-especially the demand for infrastructure is still supported, and on the supply side, there are signs of strictness in environmental protection and production restrictions, and the output of short-process steel mills has also been reduced under the deterioration of profit and loss conditions, so the supply of building materials may have dropped somewhat, so it is expected that prices will continue to fall in the future. The steel mill still has a certain willingness to pay a high price. Among them,

Steel mill A (northeast): mainly put in the northeast region, in the early part of East China, South China some areas have a small amount of delivery, but recently due to serious inverted hanging, has stopped shipping. At present, the net profit of steel mills is 300 to 400 yuan / ton, Nissan has almost no inventory, and the ex-factory price has been reduced by 100 to 200 yuan / ton from the high point to date, but basically according to the market situation, there is no feeling that the demand for building materials has dropped obviously.

Steel mill B (North China, Tangshan): at present, the profit is about 100 yuan / ton, because they are all long association customers, the factory basically does not keep inventory. Recently, the environmental protection production limit has indeed been tightened, and the production line has been stopped in the factory since the beginning of the year. Market prices have fallen to a lower position, and future prices are expected to be in a weak consolidation state.

Steel mill C (East China): at present, the steel mill warehouse is relatively high (the current inventory is 100000 tons, the conventional warehouse has 70-80 000 tons), but it is still within the controllable range. Daily pricing sales, later look weak, but feel that there is not much room. At present, the net profit of thread is still about 200 yuan / ton, and there is no maintenance plan in the short term except for routine minor maintenance.

Steel mill E (southwest): at present, steel plant inventory is very high, there are more than 200,000 tons, southwest production capacity is relatively large, and local site funds are relatively tight, many site construction progress is slow, has been in the state of oversupply, the current steel mill profit is still about 300 yuan / ton net profit, the price is expected to fall to a certain extent.

Shanghai market: today's price is stable, Shagang quoted 3830-3840 yuan / ton, in the afternoon some small plant resources increased by 10-20 and / t, but due to heavy rain, today's transaction is not ideal.

Hangzhou market: today's price is basically the same as yesterday, Shagang quoted 3900 to 3910 yuan / ton, the transaction is weaker than yesterday.

Guangzhou market: the price of cold steel resources fell by 30 yuan / ton, quoted at 3960-3970 yuan / ton. The deal was flat and slightly better than yesterday.